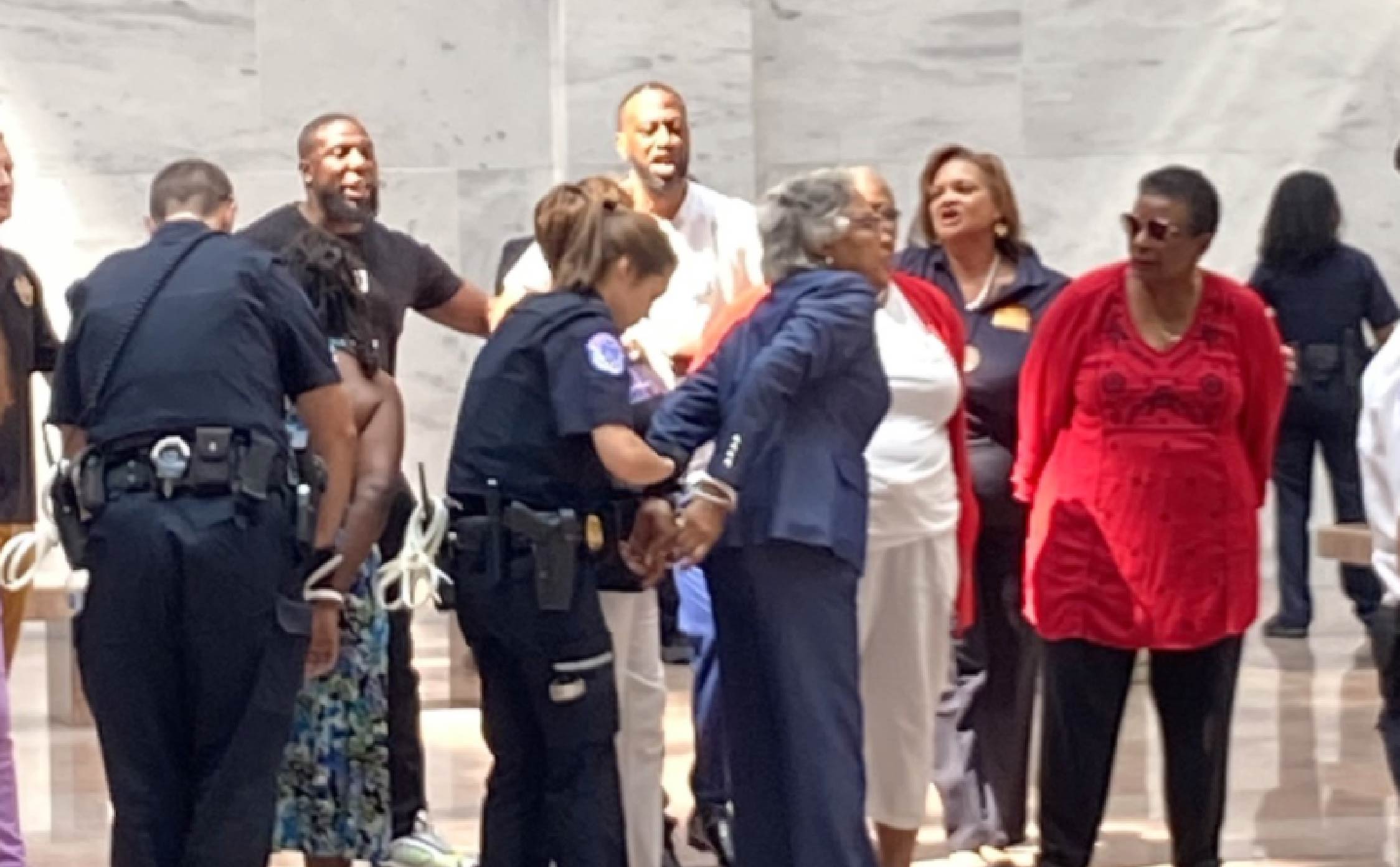 I am sure you’ve noticed that when the right does something, it’s the end of the world, but when the left does it, it’s heroic and amazing.

This is how the communist game is played.

And honestly, this type of shameless spin and propaganda does work, as long as you have a controlled environment to release it in – but as much as the Dems and their Big Tech tyrant friends try and control the internet, they can’t, because it’s still a wild frontier….so the Dems messaging sounds silly and comes off the like the shameless propaganda that it is.

This is a problem for Dems, who aren’t used to the level of pushback that they’re now getting from the right, thanks to President Trump.

And while the left is busy as little commie bees, working to make the January 6th situation seem like the worst thing since the fall of Pompeii, several of their comrades were just arrested by Capitol Police for trying to “fight” against election integrity bills inside the senate chamber.

Joyce Beatty, who was among the “Democrat insurrectionists” arrested, is the head of the Congressional Black Caucus. She was also wandering around shouting “end the filibuster.”

Gee, sounds “radicalized” to me. You can watch the video below:

BREAKING: REP. JOYCE BEATTY & HER FELLOW INSURRECTIONISTS ARE ARRESTED AFTER STORMING THE SENATE CHAMBER TO DEMAND A “FIGHT” AGAINST VOTING BILLS

Rep Beatty also escorted “activists” into the senate chamber, so they could stand there and yell and scream over common sense voting laws.

They say they’re protesting for “black women’s right to vote.”

I’m confused? Black women don’t have a right to vote in the US? That’s news to me.

Advertisement
In this article:Congress, Featured, Politics