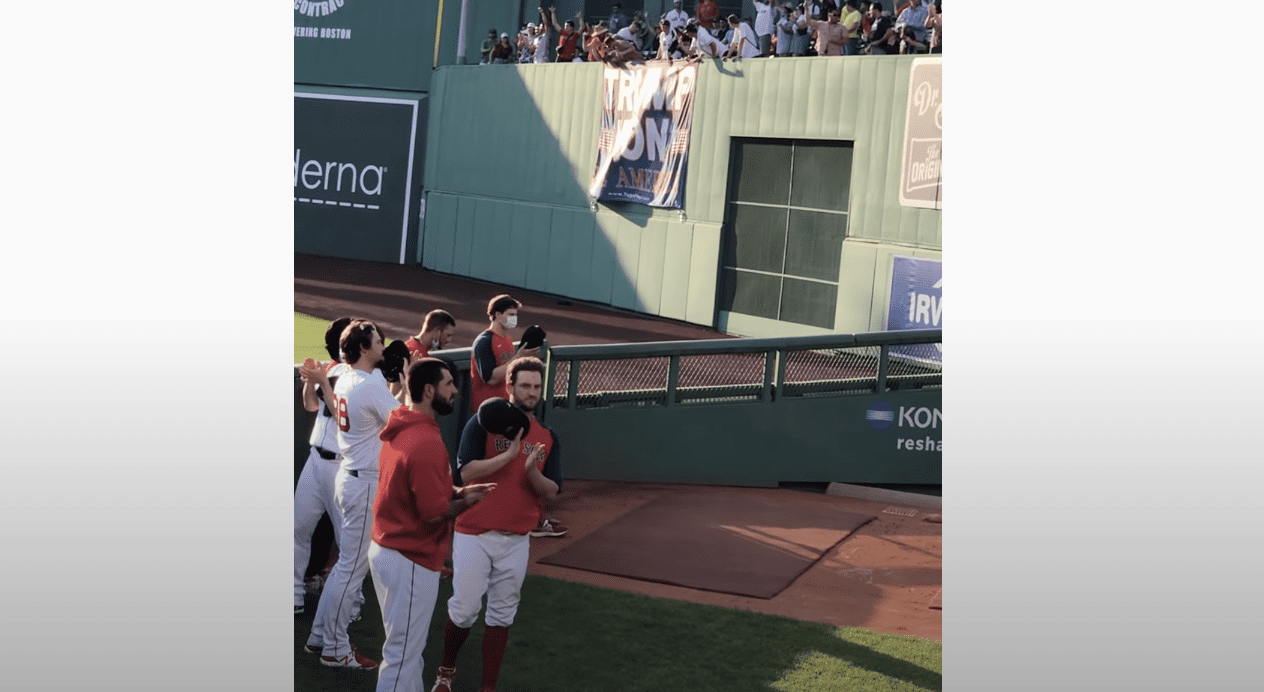 ‘TRUMP WON Banner Man’ strikes again! This guy is an American hero! He travels around to different ballparks and unfurling a huge “TRUMP WON” banner for everyone to see. He hit the Mets and Yankees (see below) and now Fenway Park…

During the 4th inning at Fenway Park during a Boston Red Sox game against the Miami Marlins, the banner man struck. The fans, players, and park staff cheered the move!

The behind-the-scenes look at what happened is in the first video and then how it looked from the baseball field is in the Twitter video below that:

Watch the guy in the orange shirt – this is the difference between the left and the right. Peaceful protest from the right vs. violence from the left.