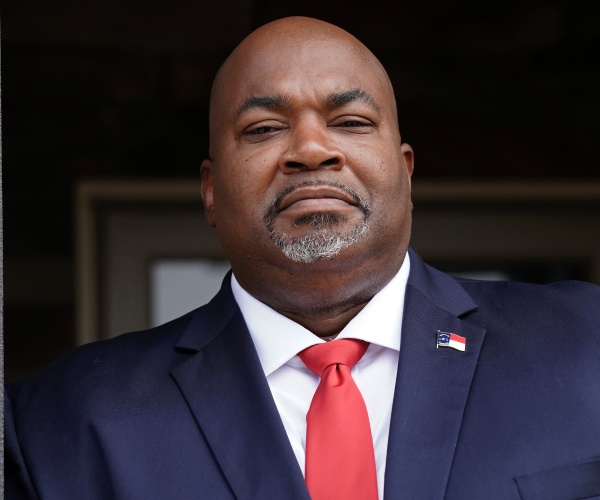 North Carolina Lt. Gov. Mark Robinson compared critical race theory to the ideology of the Ku Klux Klan on Newsmax on Friday, saying they ”mirror each other.”

The 52-year-old Republican, the first Black person to hold the office of lieutenant governor in North Carolina, derided critical race theory, which the Encyclopedia Britannica defines as the belief that race is a socially constructed category ingrained in law intended to maintain social, economic, and political inequalities between whites and nonwhites. It holds that the U.S. society is inherently racist.

”It is absolutely insidious,” Robinson said on ”Greg Kelly Reports.” ”What’s happening here, you go and take critical race theory is that is applied down and … then take some of the ideologies that were pushed by groups like the Ku Klux Klan and other hate groups, you can almost set them on top of each other, and they mirror each other in the way that they divide and the way they demonize people by race.”

Robinson, a veteran of the U.S. Army Reserve and a native of North Carolina — the ninth of 10 children — in November was voted to the second highest elected position in the state. He also derided Black Lives Matter, saying its name is a complete misnomer.