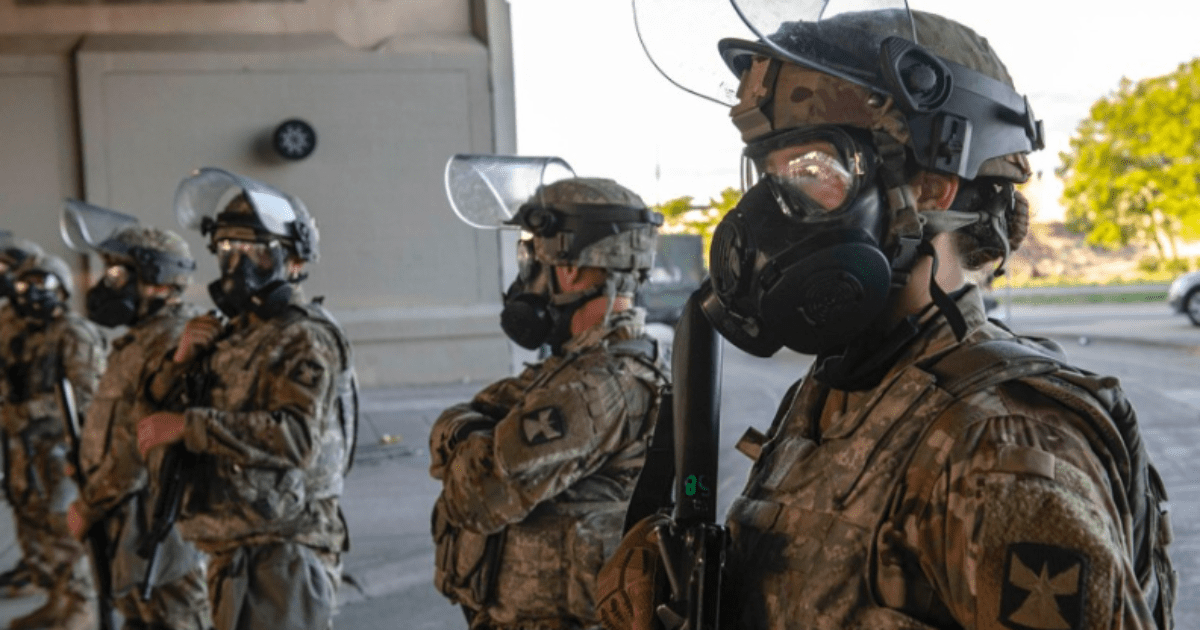 MINNEAPOLIS – In the early hours of Sunday April 18, a drive-by shooter fired shots at  National Guard Troops who were part of a neighborhood security team in Minneapolis. The Minnesota National Guard tweeted out a statement saying that “no team members were seriously injured” and “Two @MNNationalGuard members did sustain minor injuries”.

While not seriously injured, one guard did have to be taken to the hospital after sustaining injuries from shattered glass. The other guardsman endured only superficial injuries.

The Minnesota National Guard has been deployed in light of the recent escalation of rioting near Minneapolis and has joined with the Minneapolis Police Department to increase security in neighborhoods that are subject to higher rates of violence in this turbulent time.