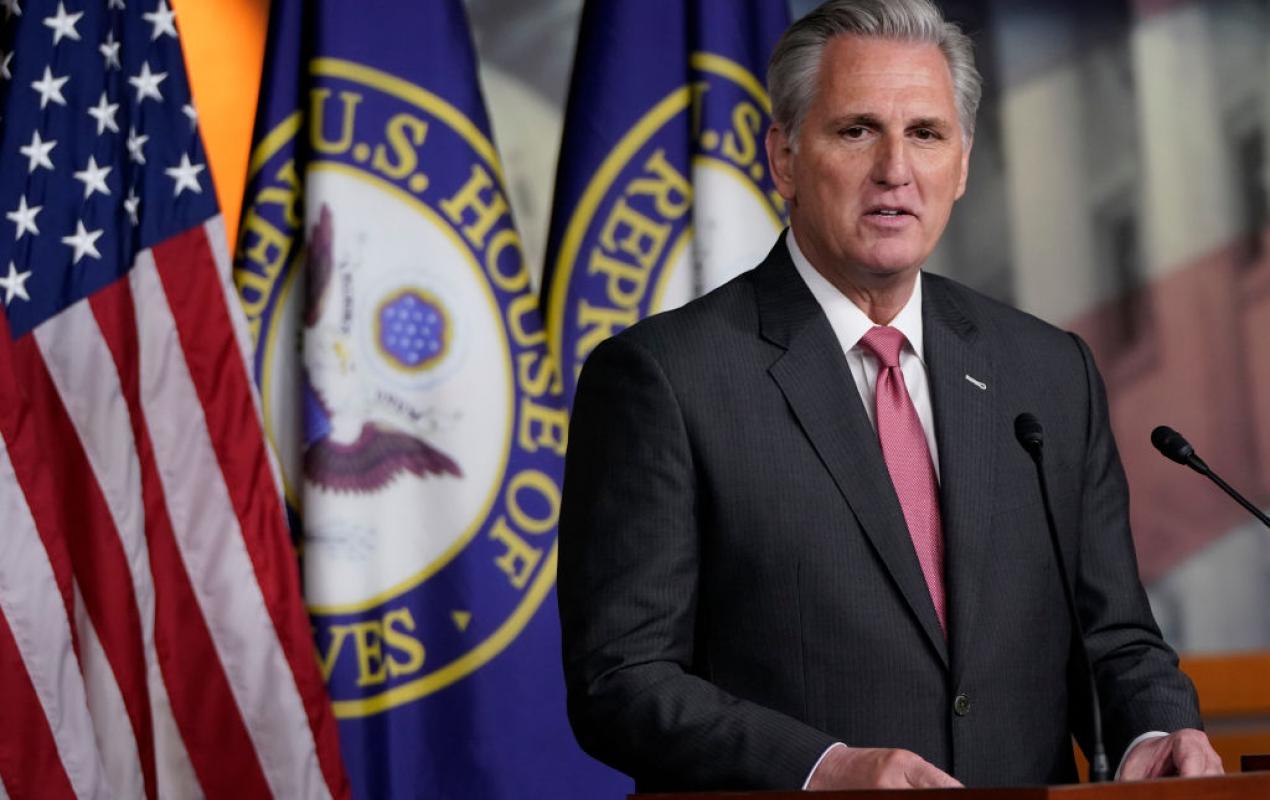 “Do you support Elise Stefanik for that job?” Bartiromo inquired.

“Yes I do,” McCarthy responded.

Rep. Liz Cheney, who currently holds the House GOP Conference Chair post, has been under fire from fellow Republicans. She has been an outspoke critic of Trump’s claim that the 2020 election contest was tainted by fraud, and was one of 10 House Republicans to vote in favor of impeaching him earlier this year in the wake of the Jan. 6 Capitol riot. 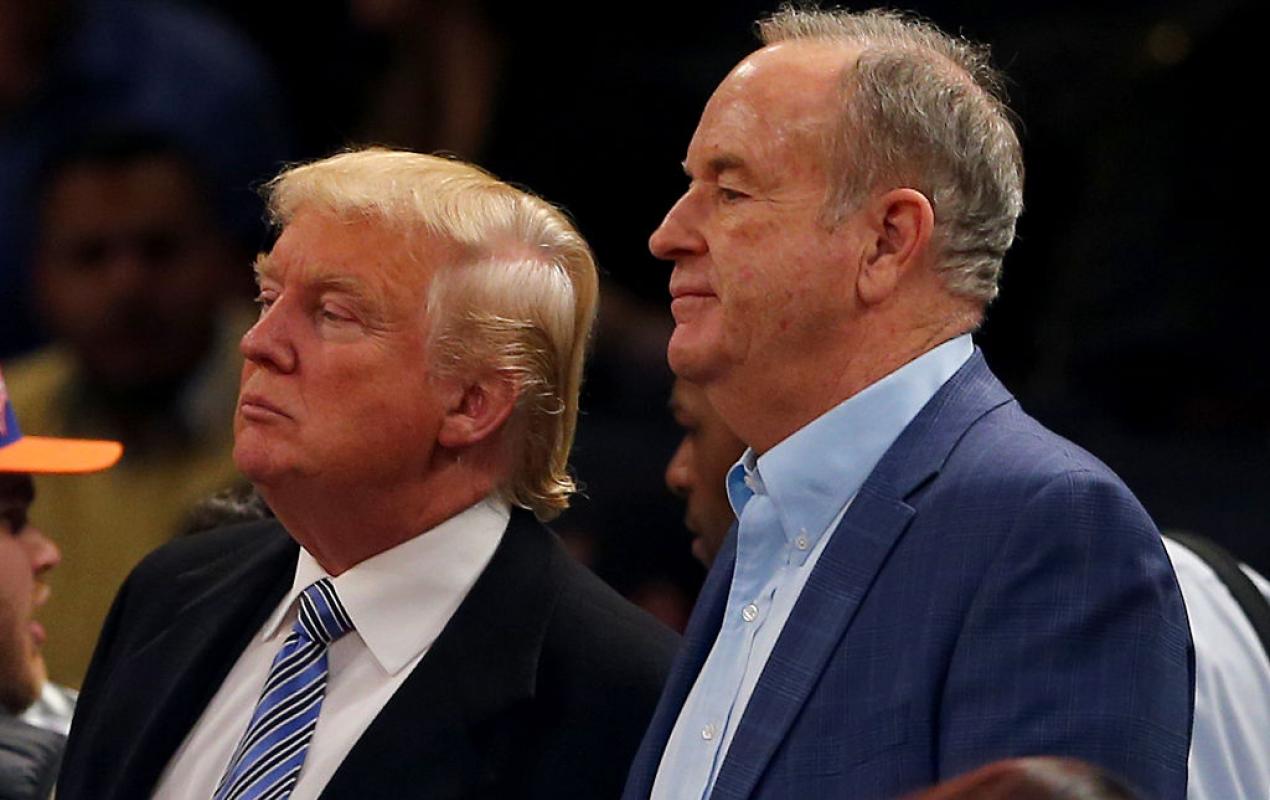 “Dubbed “The History Tour,” President Trump will provide a never before heard inside view of his administration — which will be historical in and of itself,” a press release explains.

The tour, which will include four dates, kicks off in Sunrise, Florida this Dec. 11 and 12, with the other events slated for two Texas cities, Houston and Dallas, on Dec. 18 and 19 respectively.

“These will be wonderful but hard-hitting sessions where we’ll talk about the real problems happening in the U.S., those that the Fake News Media never mention. I will be focusing on greatness for our Country, something seldom discussed in political dialogue. If we don’t make our Country great again, we will soon no longer have a Country! I look forward to working with Bill, who right now has the #1 bestselling book, to openly discuss the real problems of our Country, and how to solve them. Additionally, it will be fun, fun, fun, for everyone who attends!” Trump said.

“My job as a historian/journalist is to get important things on the record in a fact-based way. These conversations with the 45th President will not be boring,” O’Reilly said. 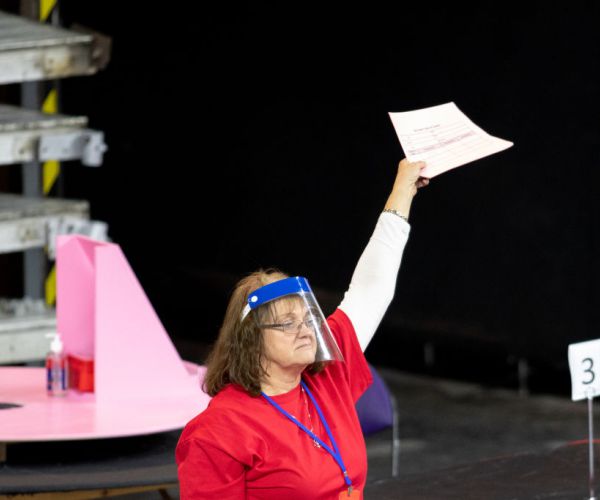 The Arizona Senate is contemplating a recount of the 2020 election audit taking place in Maricopa County, reports NPR.

Arizona Senators are considering hiring a California-based nonprofit to analyze ballot images and create a third set of numbers to compare with the recount from Dominion Voting Systems machines and the hand recount being conducted by Cyber Ninjas, a Florida-based firm in charge of the current audit.

The firm being considered is nonprofit Citizens’ Oversight, which was brought to the Senate’s attention by John Brakey, a Democrat who works for Audit USA and is working as Bennett’s assistant during the audit.

“I would say absolutely this is a grand test,” Lutz told the Arizona Republic this week. “I think it is certainly a big test for me because I have put a lot of work on it for the last year and a half or so. We have enhanced it to the point now where I believe we can do a lot to provide information about how well (this election) went.”

Lutz uses as an audit engine, or a set of computers, to tabulate the results from each ballot for all contests before comparing the numbers it generates with the official records. The review produces a discrepancy report.

The hand recount is focusing on only two races: the presidential election and the U.S. Senate race. Citizens’ Oversight would be using its technology to audit all the races that were on the ballot.

While Bennett said the ballot image analysis would be finished before the hand count is done, Lutz wasn’t certain that would be the case. He said it would depend on a number of factors, including the condition of the ballot images.

Bennett and Brakey told reporters at the arena on May 27 that more than 800,000 ballots have been counted. They said the process will be completed by June 30.

The current audit started on April 23 and resumed last week after a break. It involves recounting the nearly 2.1 million ballots cast in Maricopa County in last year’s election. Workers are also examining election machines including 385 tabulators.

Democrats have largely opposed the audit, including Arizona Secretary of State Katie Hobbs. She recently warned Maricopa County against using any of the audited machines in upcoming elections, citing security concerns about losing the chain of custody over the equipment when it was handed over to the auditors.

For months, Arizona Senate Republicans battled with the Maricopa County Board of Supervisors in court over access to ballots that were cast in the 2020 election and other material for a supposed audit. That audit finally got going in late April, generating national headlines, reported the Phoenix New Times.

The audit is still pending. 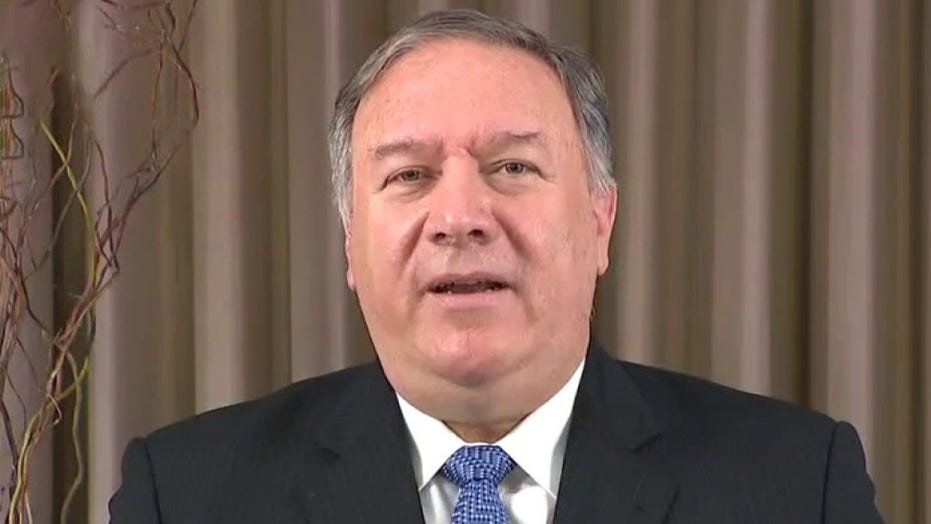