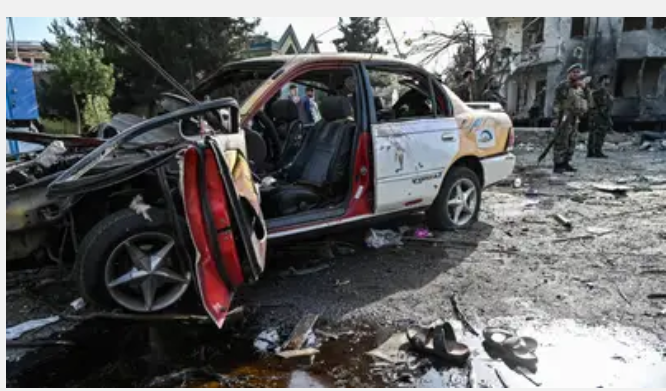 What are the details?

Last week, Blaze Media reported that at least 24 students and 16 parents from the Cajon Valley district visited Afghanistan earlier in the summer and were trapped in the country as the Taliban continued its takeover. That week, Cajon Valley Superintendent David Miyashiro said that the students and adults traveled to the country on special visa for U.S. military services to visit extended relatives, and explained that he would be meeting with Republican California Rep. Darrell Issa to figure out how to locate and rescue the stranded families.

A spokesperson for the California Republican said that the congressman and his team were “working diligently to determine the facts on the ground, any bureaucratic barriers that can be removed, and the best ways to help those stranded leave Afghanistan and return home safely.”

On Tuesday, the San Juan Unified School District told Newsweek that the 29 district students stranded in the country come from 19 families.

According to the outlet, the Sacramento-area school district is home to more than 1,400 Afghan refugee students. It is believed that up to 150 students were previously stranded in Afghanistan.

“We stand ready to support these students and families in whatever way that we can, and are working closely with state-elected officials to provide them information as we receive it from our families. San Juan Unified stands with our Afghan community and all those whose loved ones are currently in Afghanistan. We sincerely hope for their speedy and safe return back to the U.S. and back to our school communities,” a district representative told Newsweek in a statement on the matter.

Sacramento Democratic Rep. Ami Bera told Fox News that his office and the district are working hand-in-hand to bring the students home, but noted that the Biden administration has yet to provide an update on how they will safely bring the children home.

“Our office has been in close contact with the San Juan Unified School District, and have urgently flagged this with the Department of Defense and State Department. We have not received an update from DOD or State,” a spokesperson for Bera told the outlet.

The Biden administration has insisted that they believe the Taliban will permit U.S. citizens to leave the country even though military evacuations have ended.

Top Biden adviser refuses to say whether Taliban is an enemy of the US: ‘Hard to put a label on it’