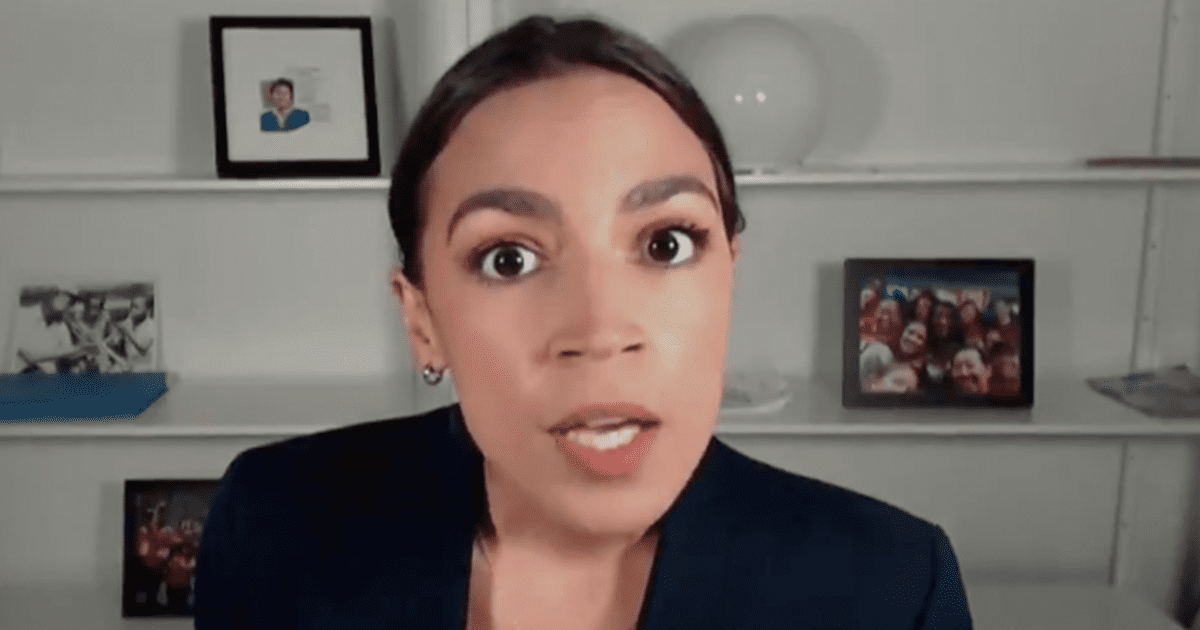 Appearing on MSNBC, AOC blasted fellow Democrat Senator Manchin over his support for the filibuster, saying it has conservative lobby groups “doing a victory lap.”

“HR 1 stands up against lobbyists and dark money. I would reckon to think that this is probably just as much a part of Joe Manchin’s calculus as anything else. Because when it comes to this bipartisan argument – I don’t buy it,” AOC said.

“Cause you look at the Koch Brothers and organizations like, you know, the Heritage Foundation and conservative lobby groups that are doing a victory lap, claiming victory over the fact that Manchin refuses to change on the filibuster,” she continued. “And I think that these two things are very closely intertwined.”

“Joe Manchin has voted on bills that are not bipartisan,” Ocasio-Cortez added. “There are those of us who acknowledge the existential threat and assault on to right to vote, and how they’re [Republicans] putting the pieces together at the state level, in Georgia, Florida and elsewhere, and how it’s being pieced together federally.”

Just thinking about how after this photo ran Wall Street Journal columnists spent more time criticizing me for not smiling enough than asking Manchin precisely what areas of “common ground” he had in mind when he stood up for the GOP.

Turns out voter suppression was one of them!