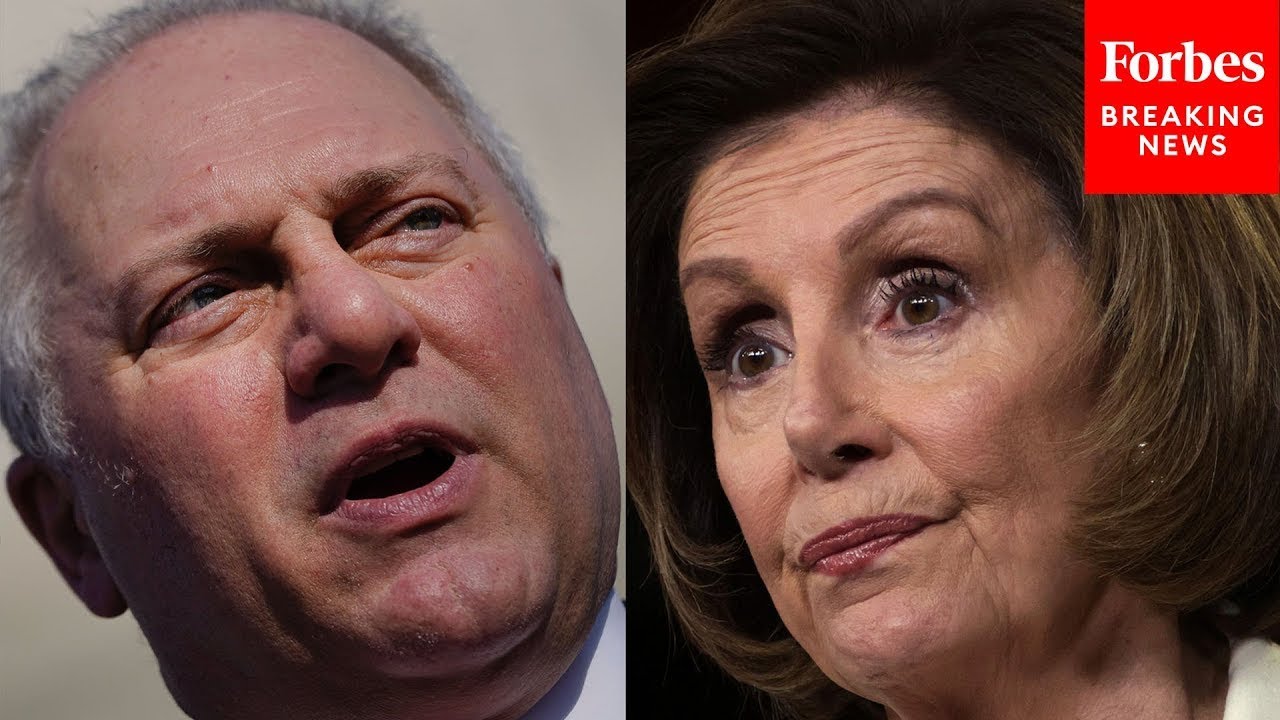 BREAKING…GOP Rep Who’s Accusing Pelosi’s Capitol Police Of Spying On Him Responds To Pelosi’s Denial: She “is lying to he American people again” [VIDEO]o

“The @CapitolPolice Intelligence Division investigated my office illegally, and one of my staffers caught them in the act.

On November 20th, 2021, Capitol Police entered my office without my knowledge and photographed confidential legislative products protected by the Speech and Debate clause enshrined in the Constitution, Article 1 Section 6.

Two days later, on Monday, November 22, 2021 (Thanksgiving week), three intelligence officers attempted to enter my office while the House was in recess.

Upon discovering a member of my staff, special agents dressed like construction workers began to question him as to the contents of a photograph taken illegally two days earlier.

@CapitolPolice never informed myself or senior-level staff of their investigation, and the reasons are clear.

They had no authority to photograph my office, let alone investigate myself or members of my staff. So, why is the Capitol Police Leadership maliciously investigating me in an attempt to destroy me and my character?

Maybe it is because I have been a vocal critic of  @SpeakerPelosi, the @January6thCmte, and @CapitolPolice leadership about their handling of January 6th, the death of Ashli Babbitt, and the subsequent SHAM investigation.

Now, several Republican leaders have written a letter to House Speaker Nancy Pelosi, and Committee on House Administration Chairwoman Zoe Lofgren, urging them to investigate these reports of Capitol Police monitoring lawmakers and citizens. This letter also indicates that the Capitol Police have also been “monitoring the online activity of congressional staff and individuals who meet with Members of Congress.”

“Additionally, Capitol Police were directed to look for information on donors and staff ‘that would cast a member in a negative light,’” the letter reads. “If true, these allegations are serious violations of Americans’ civil rights and civil liberties. Our constituents have the right to petition Congress and they should be able to exercise this right without fear that Capitol Police will scrutinize their property taxes, social media, or relationships.”

“If these reports are true,” Briggs said, “that the Capitol Police force is actively looking for and reviewing private information, then this is a gross violation of American civil liberties and an abuse of power. I’m calling on Speaker Pelosi and Chairwoman Lofgren to do what is best for the American people and look into this troubling report.”

Pelosi, however, claims that Capitol Police are not under her control.

However, Nehls tweeted out a graphic that lays out the chain of command in regards to the US Capitol Police.

Nancy Pelosi isn’t just the wicked witch of the West, a stock trader, and a real estate investor. She’s also a leftist radical that needs to be taken down if we’re to save the country from the predations of the socialists that would see this great land of bounty destroyed so that they can gain the level of control they so desire.

Unfortunately, not all Republicans are cognizant of just how big the Pelosi problem is. RINO cowards like Crenshaw and Cheney, not to mention the never-Trump leftists in disguise, would rather work with the left side of the aisle than fight and win the culture war and kick Pelosi off the throne that she certainly doesn’t deserve.

Luckily, however, a few Republicans just so happen to be real winners and real fighters: 6 Navy SEALs are being backed by a PAC and are working together to take down Nasty Nancy Pelosi. Whereas others would sit silently and let leftists do their country harm, these 6 are putting Pelosi on notice.

The ad is truly epic. In it, a narration says “They took a blood oath to defend America. They understand that the only easy day was yesterday. They know that our enemies are no match for their strength and their courage. These former Navy SEALs have protected America from enemies all over the world.” Then, the narrator says “Now they have one grave threat left to defeat,” and a picture of Nasty Nancy Pelosi pops up.

It hits the nail on the head, demolishes the left, and finally expresses how real Americans actually feel about Pelosi and Co. She and her coterie of far-left wackjobs aren’t just opponents of our party. They’re domestic enemies that need to be defeated if America is to be preserved.

Speaking on that, one of the participants in the ad, Ryan Zinke, had this to say to Breitbart about the upcoming midterms and just how important they are for the future of the American nation:

“The midterm elections will help determine the direction of our country. The stakes couldn’t be higher. Speaker Nancy Pelosi and the Democrat House majority represent a threat to America and the Constitution that veterans fought to defend. SEAL PAC’s mission is to elect conservative military veterans to Congress. We have all taken a blood oath to defend the Constitution. As SEAL PAC Chairmen, I take our mission very seriously and we are working to elect a conservative majority to Congress to get America headed in the right direction again.”

Hopefully, these brave men and great patriots will be elected and deal with the Pelosi problem. At the very least, it’s encouraging that while the military has gone woke, these SEALs haven’t.By: Gen Z Conservative, editor of GenZConservative.com.

Nancy Pelosi Likely to Retire After This Term; Potential Replacements Already Lining Up 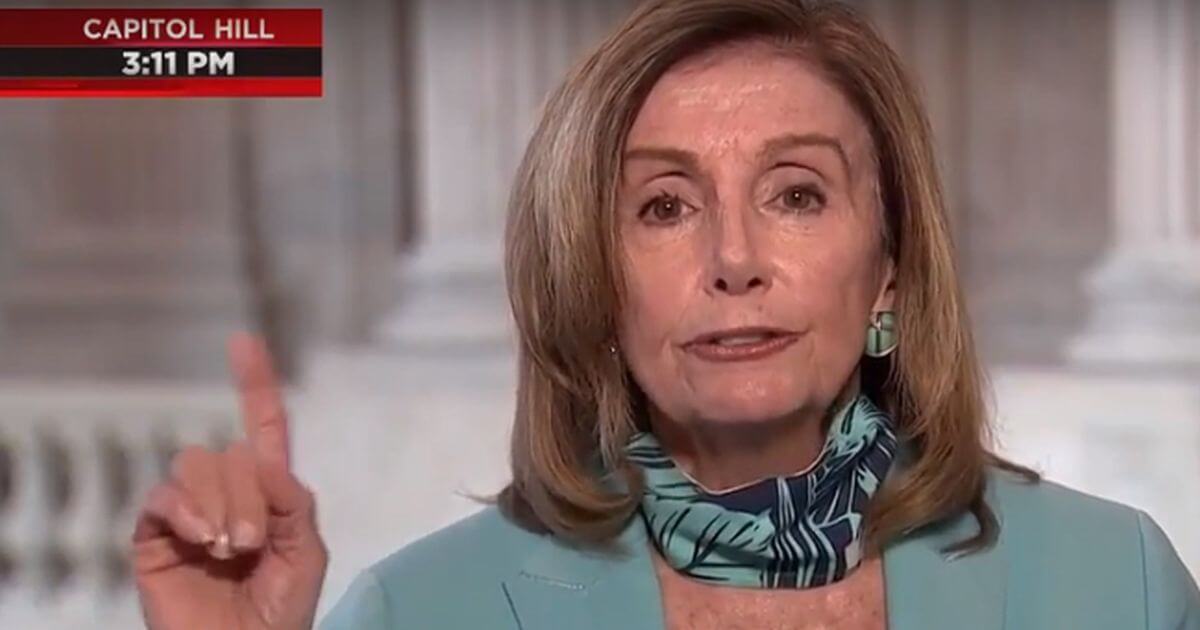 There is no shortage of speculation over who might succeed House Speaker Nancy Pelosi if the 81-year-old Democrat makes this her final year as leader of the House Democrats.

But with Pelosi refusing to share her plans, the name-dropping taking place behind the scenes has spawned successor speculation that includes leadership team members Majority Leader Steny Hoyer of Maryland and Majority Whip James Clyburn of South Carolina.

In 2018, Pelosi made a deal with restive Democrats that she would not continue as the top House Democratic leader beyond 2022, according to Roll Call.

As part of the deal, multiple Democrats who were against her at the time agreed to drop their opposition to her speaker bid. Since then, while acknowledging the deal, Pelosi has refused to say if she plans to abide by it, making some theorize she will not hand over power.

A contrary theory runs that with Republicans considered likely to gain a majority in the House, Pelosi will take that as her time to call it quits, taking her team with her.

A new report in The Hill this week suggests that Hoyer and Clyburn might not be ready to walk away from Congress, but with swirling theories, any scenario could be possible.

In an early January report on the leadership drama, Democratic Rep. Ruben Gallego of Arizona turned aside a question with a joke, saying, “Of course, we’re politicians; this is all we do,” according to Politico.

Others said very serious attention is being paid to making a smooth transition.

“My gut would tell me that this would be her last term,” House Budget Committee Chairman John Yarmuth, a Kentucky Democrat, told The Hill. “I see a lot of people who would be the presumed successors donating a lot of money to their colleagues.”

But as in all potential contests, names are bandied about, including those of Rep. David Cicilline of Rhode Island, Congressional Progressive Caucus Chairwoman Pramila Jayapal of Washington, and House Intelligence Committee Chairman Adam Schiff of California.

“I think it’s pretty clear that our next tier of leadership is going to be Hakeem, Katherine and Pete,” The Hill quoted what it said was “one moderate Democratic lawmaker” it did not name. “I think probably 80 percent of people here believe that.”

The source noted that the fall elections could make the decision for those who do not make it themselves.

“If we go through a bloodbath, I think people are going to be prepared for new leadership,” the moderate Democrat said.

Others said writing Pelosi’s political exit is premature, given that no one is better at getting things done in the convoluted world of Congressional politics.

“I support the speaker; I think she’s done a really good job. She has been on point, and she’s delivered on all the caucus priorities, so I just don’t see who would replace her at this point. I can’t envision anyone right now,” Democratic Rep. Norma Torres of California said.

“I don’t see how she has not met the demands of this younger generation, so I don’t see any of them as ready to step up and lead an entire caucus, a very diverse caucus.”

Despite such comments, there also is a sense of change with at least 26 Democrats planning to retire, many of whom have served for multiple years and have developed a loyalty to Pelosi that their replacements might not share.

There also remains the potential that Pelosi’s lieutenants want to be the boss.

“It’s a question of whether he has support or not. He’s made a lot of friends over the years. He’d probably be hard to dislodge.”

One concern was shared by Democratic Rep. Anthony Brown of Maryland in talking to Politico.

“She still has to govern; we need her to be strong. I would suggest to those who might want to succeed her or move up in leadership, do it quietly, do it behind the scenes,” he said. “Elections around here start early.”