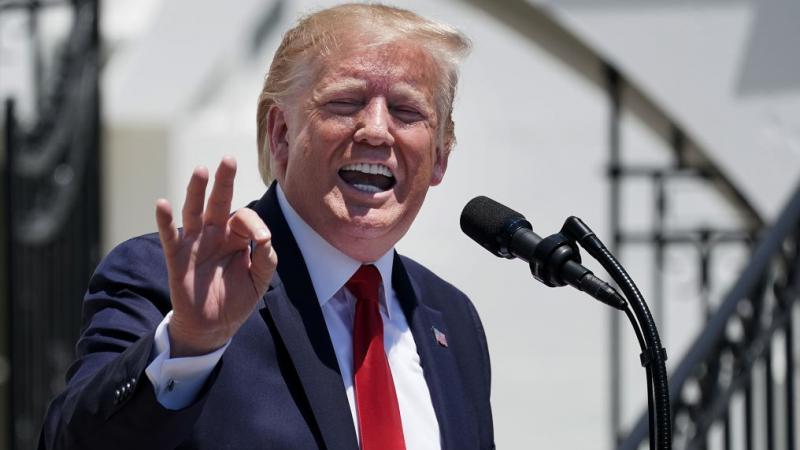 President Trump on Saturday accused the Arizona attorney general of spending too much time self-promoting and not enough time supports “the great Republican Patriots in the Arizona state Senate” who are conducting an audit of the 2020 presidential election that Trump lost.

Trump said in a statement Attorney General Mark Brnovich “never mentions the Crime of the Century, that took place during the 2020 Presidential Election, which was Rigged and Stolen” while he is “on television promoting himself.”

The statement is similar to numerous, similar ones Trump has made about losing last year’s election because of widespread voting fraud.

The Republican-controlled Arizona Senate has order an audit of election results in the state’s Maricopa County. Trump in 2020 lost the once-GOP-reliable county and state.

Below is the full statement:

“The lackluster Attorney General of Arizona, Mark Brnovich, has to get on the ball and catch up with the great Republican Patriots in the Arizona State Senate. As massive crime in the 2020 Election is becoming more and more evident and obvious, Brnovich is nowhere to be found. He is always on television promoting himself, but never mentions the Crime of the Century, that took place during the 2020 Presidential Election, which was Rigged and Stolen. Arizona was a big part and Brnovich must put himself in gear, or no Arizona Republican will vote for him in the upcoming elections. They will never forget, and neither will the great Patriots of our Nation!”

GOP congressman ‘forgot’ to cast proxy vote that would have killed $1.9B security spending bill 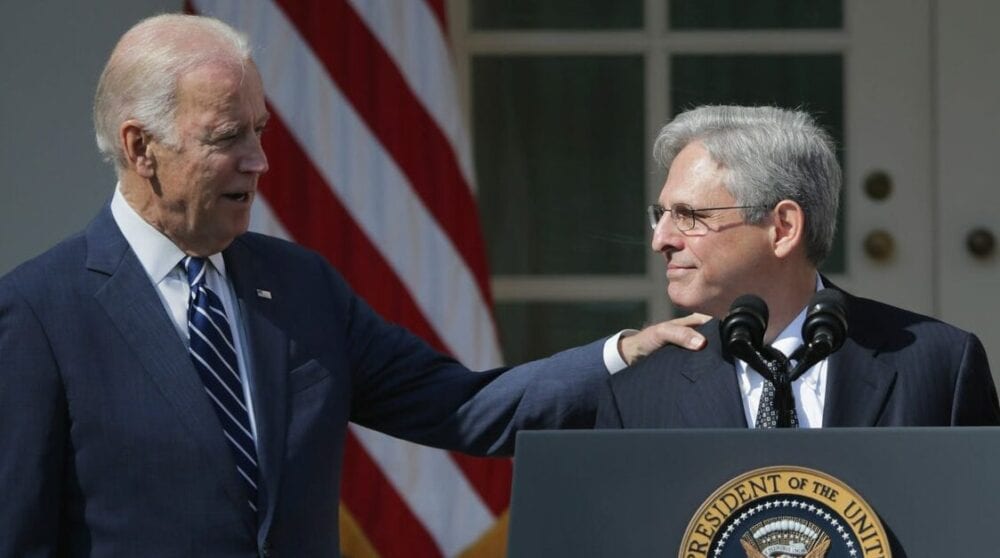 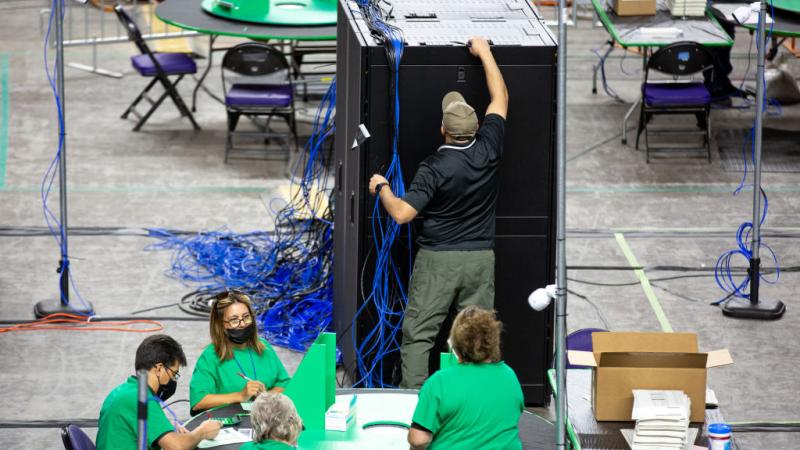 Arizona’s elections chief is calling for the replacement of voting machines under examination in an audit of Maricopa County’s 2020 election results ordered by the state Senate, claiming that even an intensive forensic investigation cannot guarantee the integrity of those machines.

That pronouncement came within a letter from Democratic Secretary of State Katie Hobbs, who last week claimed that “the chain of custody [of county voting machines]” had been “compromised” by the auditors hired by the state’s Republican Senate, Florida-based security firm Cyber Ninjas

Such “loss of custody constitutes a cyber incident to critical infrastructure — an event that could jeopardize the confidentiality, integrity, or availability of digital information or information systems,” Hobbs, a social worker by training, wrote in the letter, arguing that “decommissioning and replacing those devices is the safest option as no methods exist to adequately ensure those machines are safe to use in future elections.”


“While the machines could be put through an intensive and costly forensic examination by an accredited national forensics laboratory, even after such forensic examination, machines are generally not recommissioned given that the forensic analysis cannot be guaranteed to locate all potential problems.”


The claim from Hobbs — that even a high-level forensic analysis of voting equipment cannot guarantee its integrity — comes after months of bitter division throughout the U.S. over questions of election integrity and security. Many conservative leaders and commentators have demanded intensive investigations into state-level election systems due to alleged voting irregularities in 2020. Democrats and major news organizations, meanwhile, have insisted the 2020 election was free of widespread fraud and have decried photo ID requirements and other security measures as voter suppression tactics.


Maricopa County itself does not own the machines used in its elections. Maricopa’s voting machine equipment — including several hundred county- and precinct-level ballot tabulators — are actually leased to the county via Dominion Voting Systems, the Colorado-based voting company at the center of months of controversy following the 2020 elections.


Commentators and others have alleged Dominion was complicit in efforts to fix the 2020 election in favor of President Joe Biden. No solid evidence has emerged to substantiate such claims, yet Dominion’s role in U.S. elections — with machines in a majority of U.S. states — has remained under protracted scrutiny in the months since November.


Dominion has provided election services for Maricopa since 2010, when it purchased a competitor that was at the time serving the county. Last year, county elections department spokeswoman Megan Gilbertson told media that the county was in the midst of a three-year contract with Dominion in which it was leasing machines from the company rather than buying them outright.


Arizona Senate President Karen Fann, meanwhile, confirmed to Just the News’s John Solomon this week that the machines are leased, not owned, by the county.

The Secretary of State’s office and Dominion Voting Systems failed to respond to queries on the matter, including whether or not any decommissioned machines would be destroyed and/or whether or not Dominion offers any technical support to ensure machine integrity in such cases.


Maricopa spokesman Fields Moseley, meanwhile, gave little indication as to what approach the county would take regarding the machines.

“Subpoenaing tabulation equipment is an unprecedented action in Arizona,” he said via email. “We have received the letter from the Secretary of State expressing her concerns about the elections equipment that was subpoenaed by the Senate. That letter is being reviewed by our attorneys and they will advise Board members before they take next steps.”


County officials have offered a more nuanced take on the controversy than the secretary of state’s office. Gilbertson told media outlets last week that the county “will not use any of the returned tabulation equipment unless the county, state and vendor are confident that there is no malicious hardware or software installed on the devices,” suggesting that — contra Hobbs’s claims — there may indeed be ways officials can adequately verify the integrity of the machines before they are put back into service.


Dominion, meanwhile, told media that there were “real concerns” about the integrity of the machines but that the company would support efforts “to ensure the machines are secure based on federal and state regulations,” suggesting that Dominion itself did not view the machines as irreparably compromised.


Arizona State Senate Liaison Ken Bennett — himself a former Arizona Secretary of State — flatly denied the assertion that the machines would have to be scrapped.

“It’s totally ludicrous,” Bennett said Monday of Hobbs’s claim. “If the county needs to spend a few thousand dollars to have Dominion come back in and verify [the machines’ integrity], they could do that easily.”


Bennett told Just the News on Tuesday that, of the seven reasons for machine decertification listed in the state’s elections procedure manual, “none of them has happened” to the Maricopa machines.


“Nobody seems to make Hobbs go to her own election procedures manual,” Bennett said.

He predicts that even if Hobbs persists in her efforts, the machines themselves will likely stay in service.


“Even if her claim was legitimate, which it’s not,” he said, “the county would return the machines to Dominion, Dominion would verify that nothing has happened to them, and they would probably just release them to someone else.” 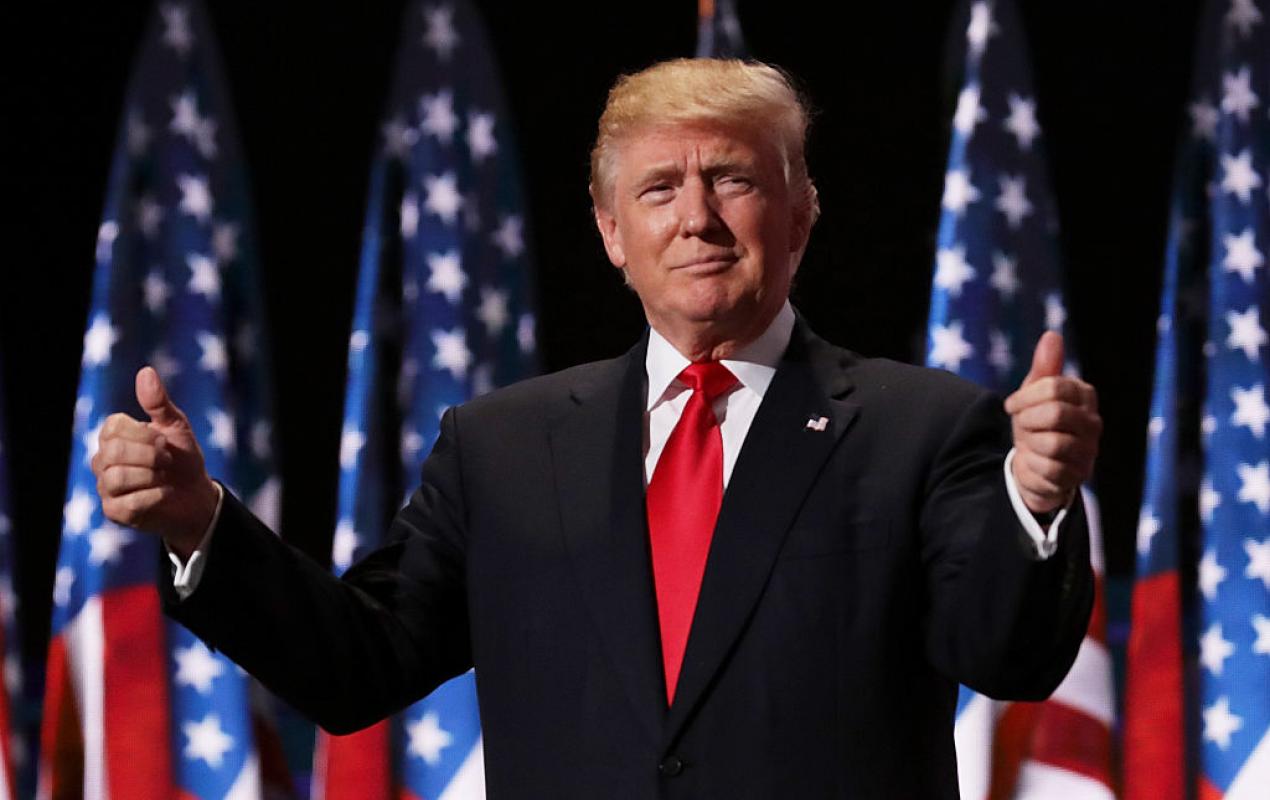 Former President Trump issued a statement on Wednesday praising the decision by a judge in Arizona to allow the audit of the Nov. 3, 2020 presidential election to continue.

The audit is focused on Maricopa County, the largest by far in Arizona, and involves more than two million votes. Though they have been recounted in the past, this is both a recount and a forensic audit to determine the legitimacy of each vote cast.

Trump released his statement through the Save America PAC.

“BIG victory today in Arizona. A highly respected Judge has just ruled that the Forensic Audit being done by the Arizona State Senate can and will continue. Over 100 Democrat lawyers were sent to fight against this audit. The results will be very interesting for the USA and the World to see! Why are the Democrats fighting so hard to hide the facts? I know why, and so does everyone else!”