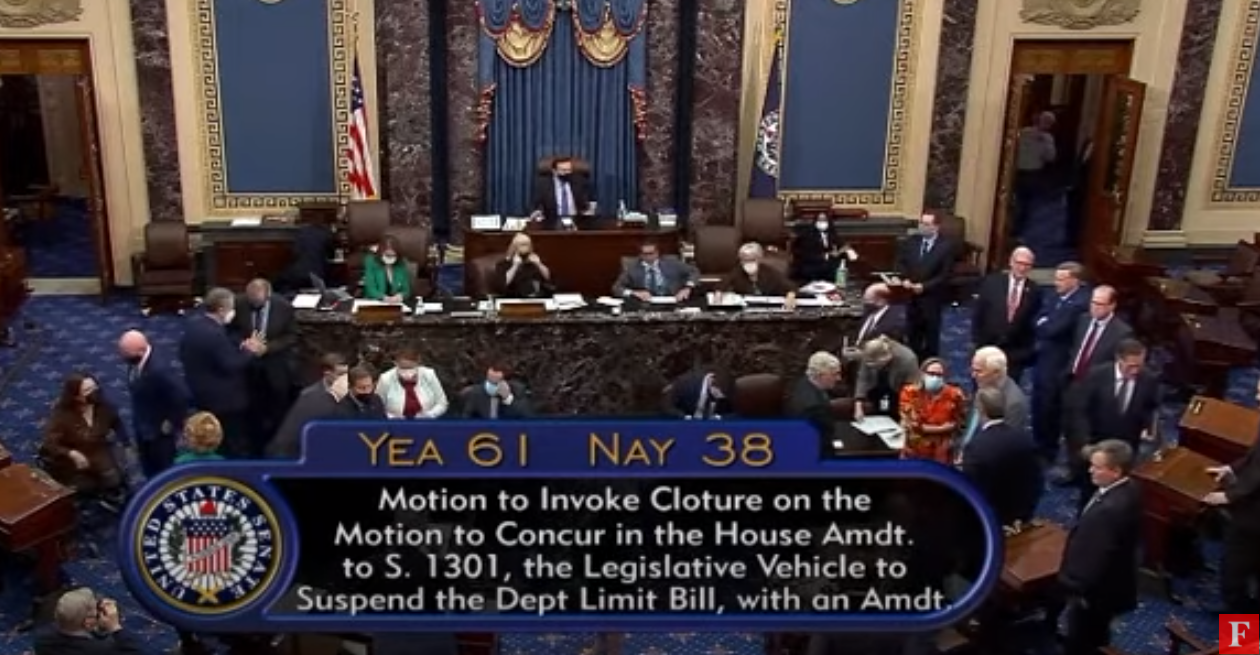 The Senate on Thursday approved a bill to help the U.S. avoid a default on its debt in the next few weeks.

11 Republicans joined all 50 Democrats to provide the minimum 60 votes needed to end debate and move the bill to final passage, which required a simple majority.

None of the Republicans who voted to end debate also then voted to pass the final bill. But for that, Democrats needed only 50 votes, because at least one Republican, Sen. Richard Burr of North Carolina, was not present.