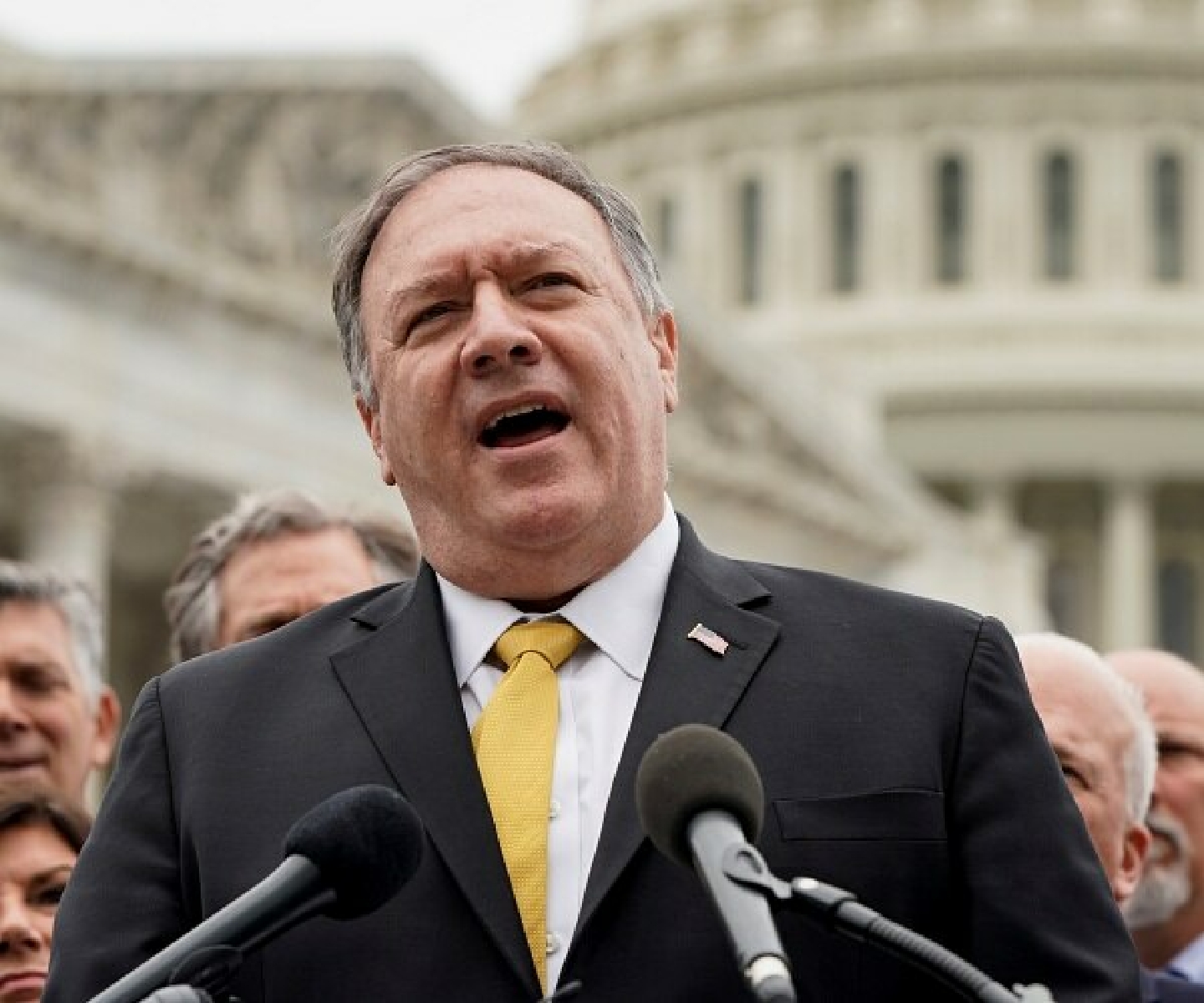 Pompeo: ‘Nonsense on Stilts’ to Blame Trump Admin for Afghanistan

Former Secretary of State Mike Pompeo slammed President Joe Biden for his assessment of the troop-withdrawal deal with the Taliban, and told the National Review that critics partially blaming the Trump administration for the current situation in Afghanistan are way off base.

“It is nonsense,” Pompeo told the National Review of the criticism. “It is, in fact, nonsense on stilts.”

Pompeo blamed Biden for incorrectly interpreting a conditions-based agreement he and former President Donald Trump made with the Taliban concerning U.S. troop withdrawal from Afghanistan.

“We knew this was going to take many, many months. Constantly trying to convince the Afghans that they were going to have to take down the temperature on their civil war,” Pompeo told the National Review.

“That they were going to have to find a modus vivendi for power-sharing amongst the different tribes and ethnicities. This is a millennial project. I was under no illusion that this would happen on my watch.”

Pompeo signed an agreement with the Taliban in February 2020 that established a May 2021 U.S. troop withdrawal deadline from Afghanistan provided the Islamic terrorist organization met a series of conditions, including making a complete break from al-Qaida.

Biden has claimed his hands were tied due to the Trump administration’s deal. He says he could have complied with the May deadline, or been forced to surge in more troops when the Taliban inevitably began attacking Americans for overstaying their welcome, the National Review reported.

“I don’t know what planet he’s on,” Pompeo told the National Review, noting that the Taliban didn’t ramp up attacks when Biden missed the May withdrawal deadline.

“[Biden] says there was an unconditional commitment to leave in May. That’s simply not true. Read the document. What we would have done is we would have continued to apply pressure.”

Critics of the deal have said that it was naïve to accept the Taliban’s word that they would break with al-Qaida. Former CIA counter-terrorism chief Doug London said Pompeo ignored politically inconvenient intelligence reports that predicted the current reality in Afghanistan.

Pompeo, though, told the National Review he was very aware of intelligence reports that al-Qaida remained deeply engaged in Afghanistan when he signed the Doha agreement.

“I never believed a thing they said,” Pompeo said of the Taliban’s vow to break from al-Qaida. “It was a condition.”

Pompeo stressed that the withdrawal deadline was “conditions-based,” and suggested Trump and his administration during a second term would have maintained a small military presence in Afghanistan past the May deadline, once it became clear the Taliban weren’t fulfilling their promises.

Former Trump national security advisors H.R. McMaster and John Bolton are among those who have blamed Trump and Pompeo for contributing to the current situation in Afghanistan, where the Taliban have reclaimed control of the country.

McMaster said Pompeo signed a “capitulation agreement” with the Taliban which all but guaranteed the Afghan military and government’s eventual collapse.

“The Taliban didn’t defeat us. We defeated ourselves,” McMaster told journalist Bari Weiss.

Bolton told CNN that while Biden bears “primary responsibility,” Trump would have likely made similar mistakes in Afghanistan.

Pompeo said McMaster and other critics miss the point that the Trump administration was committed to maintaining the deterrence structure that allowed the U.S. to draw down from roughly 15,000 troops in the country, to just 2,500 when Trump left office.

“We went from 15,000 troops to 2,500 troops and we still had order in Afghanistan,” he told the National Review. “There’s almost triple that number of American forces on the ground now and there’s complete chaos. So when someone asks ‘could you have maintained this?’ My response is ‘for six months after the agreement was signed we didn’t get a single American killed. We didn’t have a single Taliban attack on an American.'”

Pompeo admitted the Taliban repeatedly broke the agreement while Trump was in office, but insisted they would have learned to meet their obligations thanks to targeted American retaliation.

“They broke the agreement a number of times: they moved forces where they weren’t supposed to move, they put certain elements of the Afghan forces at risk. And every time that happened, General Scotty Miller crushed them,” he told the National Review.

“We would call them and say ‘you did X, we responded with Y,’ stop doing X.’ And we modeled a deterrence mechanism that told the Taliban if you push the Americans under Donald Trump and Mike Pompeo, there’ll be an enormous price to pay.”

[VIDEO] Taliban issues warning to US if complete withdrawal is delayed