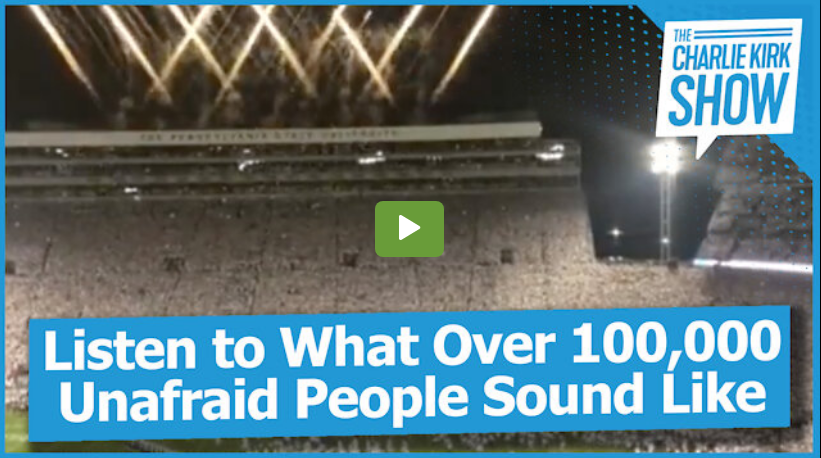 Now, this is a “virus” that I wish would spread around the world.

The youth of America….what a beautiful sound. Awakening…. “not woke”.

We’re on the same side but there are two things I would like to bring out. First, at this point, the Democrats would likely love for an open and violent rebellion. It would play right into their hands and their false narrative that the conservatives are the biggest threat and national danger. Plus it would give them the opportunity to use national emergency powers and take over completely. Second, who in their right mind wants to step up and be the first bullet stopper for the cause? You? I don’t. There may come a day when we have to fight for our freedom and liberty again though I am hoping and praying it will be resolved peacefully. But there is still hope that the bullets and bloodshed won’t be necessary.

In the meantime, I think what we see here is exactly what we need. Thousands of young showing they get it. Or at least they are finally feeling and understanding what it is like to have or not have freedom and liberty: Followers’ comments