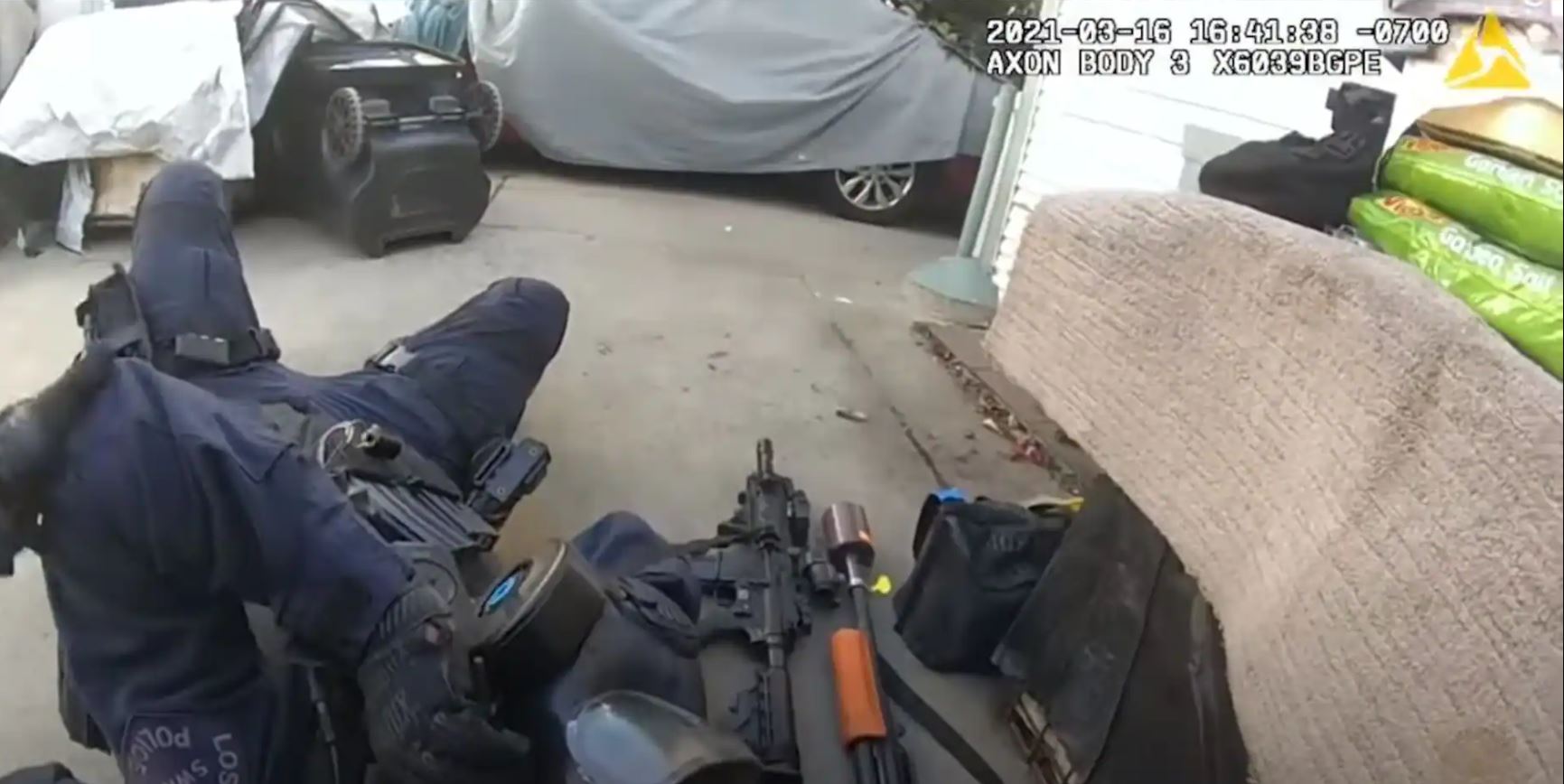 Police body camera footage released Monday by the Los Angeles Police Department shows an hours-long standoff earlier this month in which a SWAT officer was shot near the face and a suspected gunman was killed.

Audio from a pair of 911 calls made on March 16 reflected callers reporting a man shooting what they believed to be a rifle in the air in a residential area near Exposition Park, which is located next to the University of Southern California just south of downtown Los Angeles.

Responding officers learned the suspect – identified as Jorge Armando Cerda – was armed and under the of influence of drugs, police said. SWAT officers responded and tried to negotiate with Cerda, who had barricaded himself inside a home, for several hours.

In the video footage, a woman who appeared to be a relative told police Cerda was high on drugs: “He’s so drugged up, we don’t want nothing else to happen.”

During a phone conversation, an officer is heard telling Cerda that he hasn’t committed a crime and that they just wanted to make sure he was OK.

“You have a BB gun right?” an officer is heard asking. “But people thought it was a real gun. You’re not going to go to jail. We just want you to step out. We’re going to talk to you. We’re going to make sure everything is OK inside the house and we’re leaving.”

Cerda continues to argue and resist their commands to step outside. As the standoff progresses, SWAT officers plead with Cerda to come out. As they approach the home dressed in tactical gear, a noise is heard they believed was a gunshot.

“I got hit in the vest,” one officer says.

They continue to command Cerda to come out of the home with his hands up before another shot is heard. The officers then deploy gas into the residence.

Another shot is heard and the officer who was struck in the vest falls to the ground and is seen bleeding near his face. He is dragged away to a safe area by another SWAT team member. A body camera from another officer shows him shooting several shots at Cerda from a second-story window after the other officer was hit by gunfire.

Cerda was hit and taken into police custody.

The injured officer was hit twice and taken to a hospital in stable condition and survived. Cerda was struck in the face and chest. He was wearing body armor, police Chief Michel Moore said at the time. Cerda died at the scene, where investigators recovered a shotgun and pistol.

An investigation into the incident is ongoing.