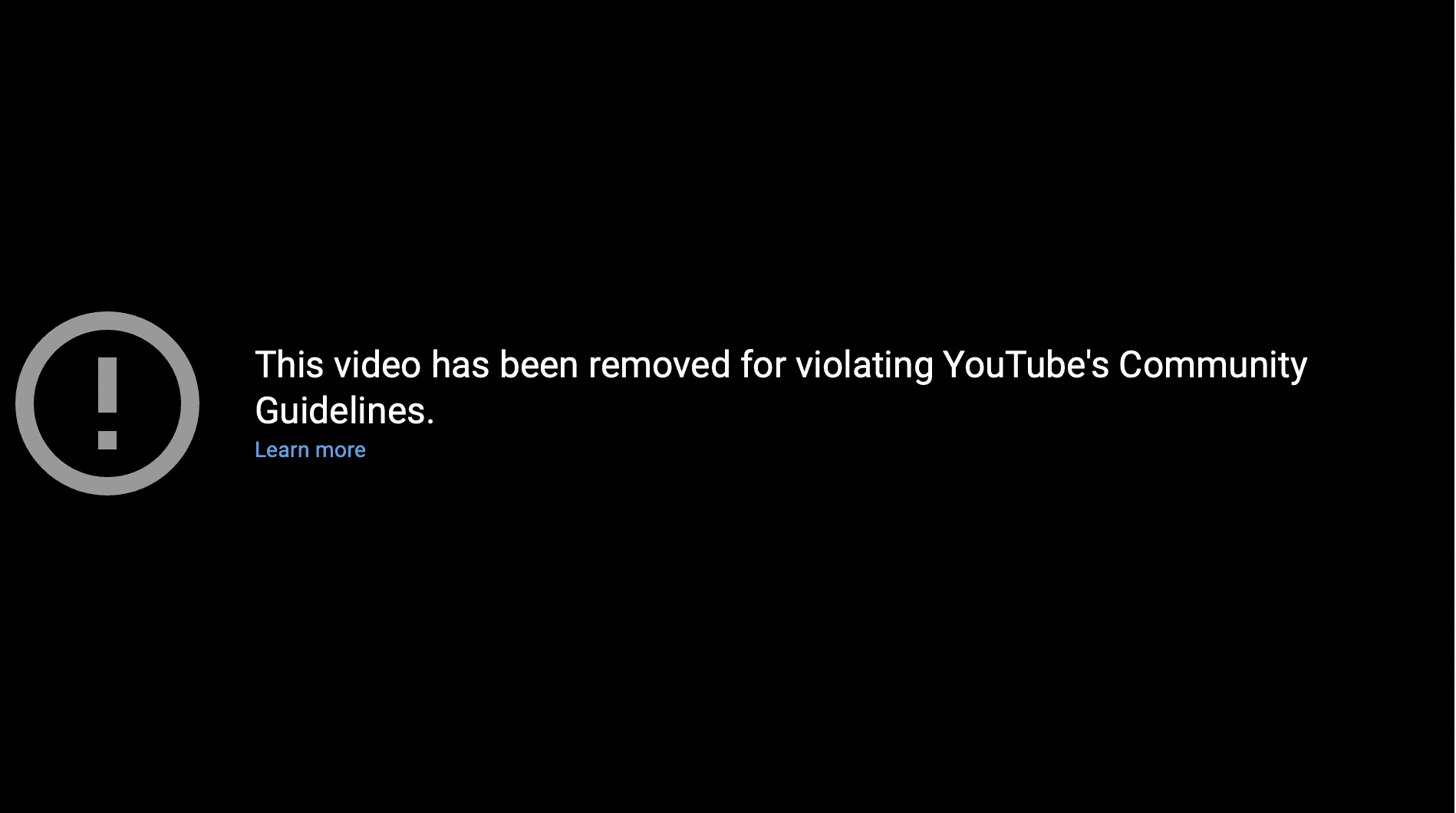 Right Side Broadcasting (RSBN) has been covering Trump rallies for years. They are very pro-trump and can be depended on to go live with any Trump rally.

Just days ago, President Trump held a rally in Ohio that RSBN covered live on YouTube. The video had over 2 million views!

Fast forward to today, and YouTube has taken down the video of Trump’s Ohio speech and won’t even let them go live at tomorrow’s Trump rally.

This is more censorship from YouTube that targets conservatives and Trump.

THE THREE VIDEOS HAD AMASSED MILLIONS OF VIEWS, WITH THE WELLINGTON, OHIO SPEECH ALONE BREAKING 3 MILLION EARLIER THIS WEEK.

When a Tucker Carlson monologue gets a warning label, you know that we’re becoming North Korea. It’s hard to believe, once you watch the video below, that there is a warning when there is so much violent content out there that SHOULD be labeled “offensive” or “inappropriate.” Is it because Carlson is telling the truth about what’s really going on in the area in Atlanta called “Buckhead”?

Carlson’s monologue from last night was about how the citizens of Buckhead in Atlanta want to secede from the city and have their own police force. The crime in their area has skyrocketed, and Carlson gives example after example.

The only part of the video that could be interpreted as offensive is when Carlson shows a couple being attacked. The problem is that attacks like this are shown on the news all the time.

What is the reason for the label on the video? Censorship?