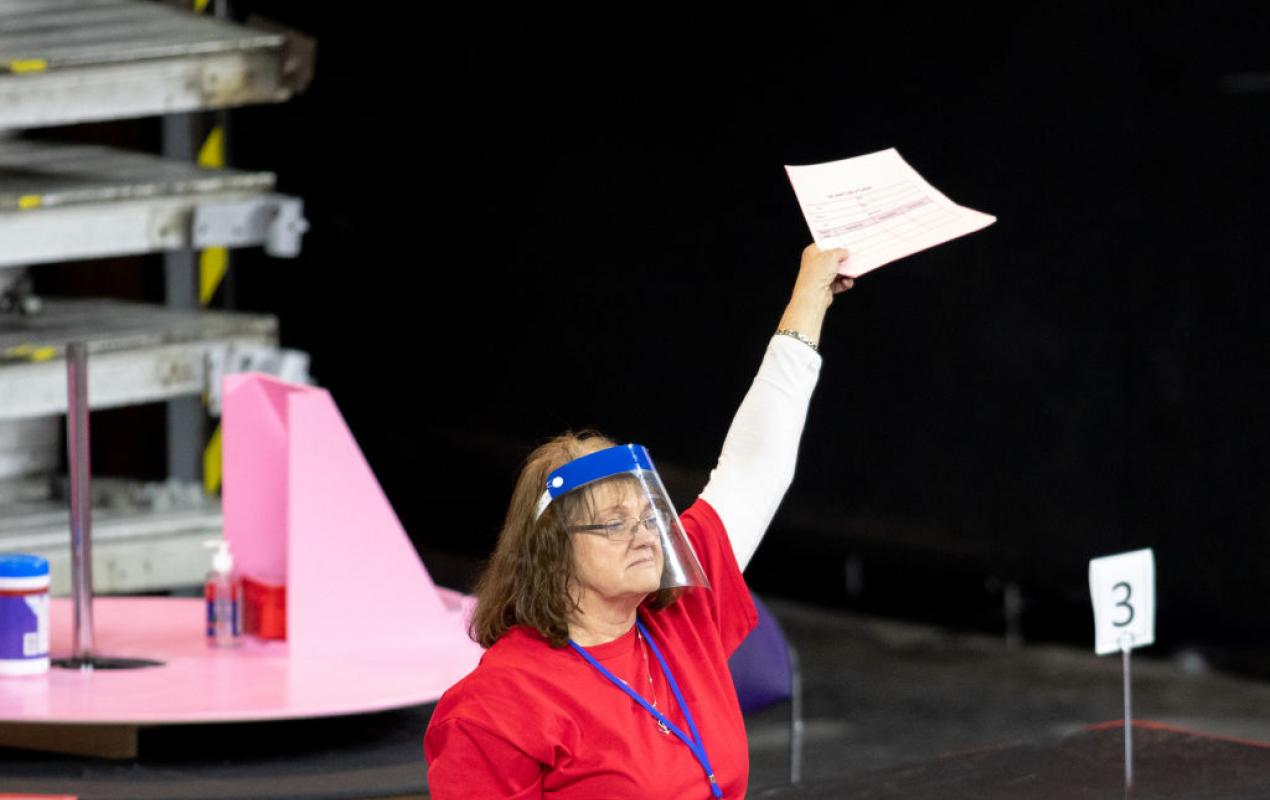 Officials in Maricopa County, Ariz., threw up another roadblock before the state Senate’s 2020 election audit this week, refusing to surrender a portion of subpoenaed materials due to the alleged security risks they pose.

In its subpoena, the Arizona State Senate had asked for, in part, “access or control of all routers, tabulators or combinations thereof, used in connection with the administration of the 2020 election, and the public IP of the router.”

The Monday letter from the MCAO said the county was refusing to hand over those routers or even digital copies of them, citing an alleged “security risk” associated with the hardware.

“By providing the routers, or even virtual images of routers, sensitive data and the lives of law enforcement personnel could be endangered,” he added.

That explanation would appear to conflict with the February ruling of Maricopa County Superior Court Judge Timothy Thomason in which the judge ordered Maricopa to comply with the state Senate’s subpoena. Addressing the county’s numerous objections to the subpoena, Thomason argued that Maricopa’s claims of confidentiality concerns do not preempt the requirements of the subpoena.

“The Senators had the power to issue the Subpoenas and have the statutory power to enforce those Subpoenas in the manner set forth in the statutes,” Thomason wrote. “The Subpoenas are, in essence, the equivalent of a Court order, requiring production of certain information. The County cannot avoid a subpoena based on statutes that require that the material being subpoenaed be kept confidential.”

Thomason’s ruling constituted “a minute entry that the subpoenas are legitimate and enforceable by the Senate,” Moseley said. “Maricopa County has worked hard to comply with the demands of the subpoena and tried to solve this security risk in a number of ways. We continue to study this issue.”

Ken Bennett, the former Arizona Secretary of State and the current liaison between the audit team and the state Senate, said the legislature is working to obtain the routers in spite of the county’s denial. “I don’t know why the routers in a tabulation and election center have anything to do with the Maricopa County Sheriff’s Office or numerous federal agencies,” Bennett told Just the News on Thursday.

Moseley said the county is “working with the IT professionals to better explain the function of these routers because a lot of people are asking.”

If the county prevails, that could mean that a significant portion of the election is itself effectively un-auditable, insofar as a fair chunk of the election data may be stored on hardware shielded by adjacent confidentiality claims.

The Arizona audit has been the most high-profile effort by Republicans yet to investigate the results of last year’s election to ensure that the official outcome of that race was properly certified, with the router controversy being just one of many roadblocks thrown up by the county in the last several months.

State Senate Republicans fought for several months to secure the audit, battling the issue out in Arizona court before getting the green light earlier this year.

A further legal challenge by state Democrats came to an end this week with an agreement between the Arizona Democratic Party, state Senate President Karen Fann, and several other parties, including Cyber Ninjas, the Florida-based security firm conducting the audit.

That agreement in part stipulated that Cyber Ninjas workers “will not compare signatures on early ballot envelopes with signatures from the voter registration file.” The agreement also demanded that auditors put in place numerous security measures to ensure the integrity of the archived voting materials.

State Senate President Karen Fann told Just the News that signature verification will be undertaken “if necessary” and that nothing in the agreement precludes auditors from matching the signatures.

Fann said signature matching will only occur when the signature itself is unclear “or any other instance where we would need additional verification.”

“Signatures are already captured on the ballot envelope images,” she said. “If for some reason we cannot clearly see the signature image, then we can match with the actual envelope.”

Cyber Ninjas’ role in the audit has been controversial, in no small part due to claims from critics that the company is being unduly secretive about its funding sources.

Controversy has also intensified lately around Maricopa County’s governance of the election. Arizona GOP Chair Kelli Ward on Wednesday posted a picture of what she claimed were “the servers for Maricopa Co elections” along with “external drives that were loaded w/ nightly early vote totals.” She said she was told that the drives were “taken to an offsite ‘undisclosed location’ nightly ‘for safety’ by an employee or a Dominion contractor working for [the county].”

Fields expressly denied that any Dominion workers were involved in taking the results offsite. He said the county created “two daily backups of the Election with daily tabulation data,” one of which was stored onsite and the other of which was stored at “a secure offsite location at a County facility” with “highly restricted access.”

“The backup is created in the event there is a disaster (e.g., fire, flood) at MCTEC and the onsite servers are rendered unusable,” he said.