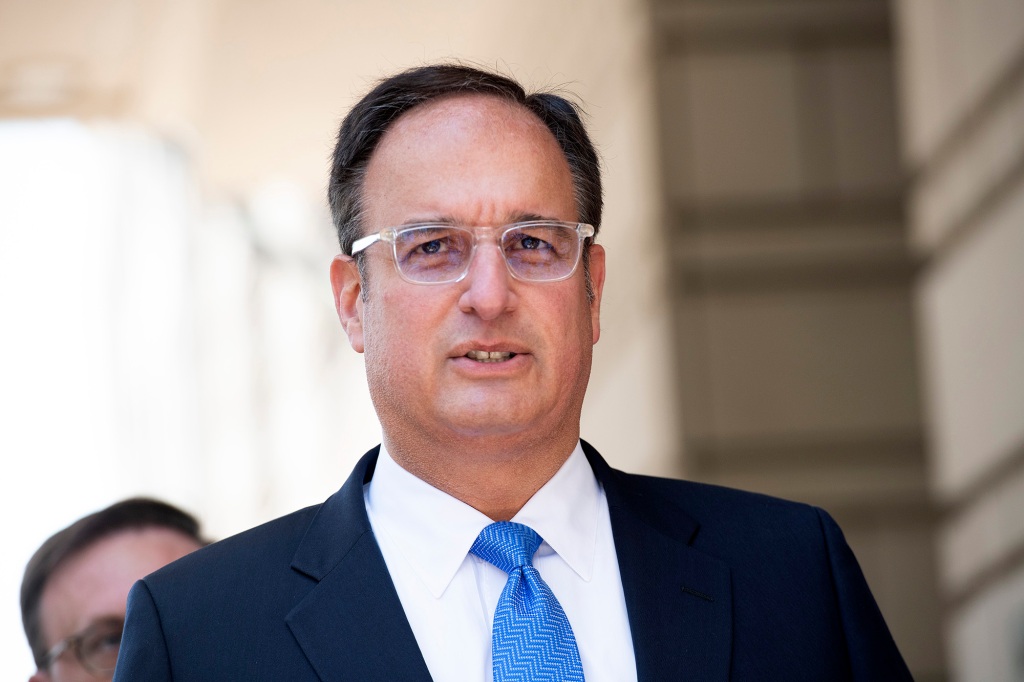 Why John Durham lost his case against Michael Sussman


What was the role of the FBI? In the Russiagate probe, in which Special Counsel John Durham has been tasked with getting to the bottom of the Trump-Russia “collusion” farce, that is the key question. If you don’t get the bureau’s role right, you’re apt to get the most consequential things wrong.

Durham has banked his investigation on the premise that the FBI was a victim — an innocent dupe manipulated by the wily Clinton campaign. On Tuesday, this misplaced faith led to the acquittal of Clinton lawyer Michael Sussmann.

The irony abounds. A Washington, DC, jury found Sussmann found not guilty of making a false statement to the bureau even though Durham’s team convincingly proved the falsity of the statement he made — namely, that in purveying derogatory information about Donald Trump, Sussmann was not representing any client, when in fact he was representing the Hillary Clinton campaign. Moreover, although the acquittal will encourage Democrats and their legacy media allies in seeking to discredit Durham’s probe, the law enforcement shenanigans uncovered by the trial illustrate that the probe is essential.

Nevertheless, the probe will come to naught, and accountability will remain a pipedream, unless Durham gets the FBI’s role right.

As I contended in “Ball of Collusion: The Plot to Rig an Election and Destroy a Presidency,” the outrage of the Trump-Russia “collusion” farce is that the law-enforcement and intelligence apparatus of the United States government was put in the service of partisan politics — first to attempt to get Hillary Clinton elected president and, when that failed, to hamstring the Trump administration’s capacity to govern.

That is, what makes Russiagate a uniquely dangerous chapter in modern American history is the willful interference by powerful federal agencies in electoral politics. The real collusion was between the Clinton campaign and the Obama-era executive branch — particularly (but by no means exclusively), the FBI.

The false-statement case against Sussmann is one of three indictments Durham has brought in more than three years of conducting his probe. In each one, the defendant is accused of duping the FBI, not collaborating with the FBI, in an effort to portray Trump as a Kremlin asset. Besides Sussmann, Durham has charged Igor Danchenko, the principal source for the notoriously bogus Steele dossier, with lying to the bureau about his own sources of information. Remarkably, Danchenko had previously been suspected by the FBI of being a Russian agent; and the bureau did not even bother to interview him until it had used his information — without endeavoring to verify it — in apply under oath for FISA court surveillance warrants. His information was credited because it fit the predisposition of FBI headquarters that Trump was a cat’s paw of Putin.

Durham’s other prosecution was of Kevin Clinesmith, an FBI lawyer. Clinesmith falsified information to conceal that Trump campaign adviser Carter Page, whom the FBI portrayed as a Russian spy, had actually been informing the CIA about his Russia contacts. To most of us, that would strongly suggest that the FBI had lost its professional detachment when it came to suspicions about Trump. Yet even here, Durham sees the FBI as the victim: Clinesmith was charged not with defrauding the FISA court on behalf of the FBI, but of lying to the FBI; and he was permitted to plead guilty despite implausibly maintaining that neither he, nor the bureau, intended to deceive anyone.

And then there’s Sussmann. The proof at trial demonstrated that what he gave the FBI was more a cover story than a false statement. If Sussmann had openly identified himself as a Clinton operative peddling opposition research, the bureau would have been seen as collaborating with the campaign by using the “oppo” as the pretext for an investigation. So Sussmann instead pretended that he was just a good citizen — a former Justice Department official who was bringing the FBI information out of patriotic concern for national security, not partisan motives.

The FBI knew exactly who Sussmann was — he’d represented the DNC when its servers were hacked, and blocked the FBI from conducting its own forensic investigation. When Sussmann purveyed supposed evidence of a Trump-Russia communications back channel, the bureau knew full well that it was getting political information from a partisan source. The evidence at trial showed that FBI headquarters concealed Sussmann’s identity from the bureau’s own investigating agents. The FBI’s investigation-opening document falsely claimed that the information had come not from Sussmann but from the Justice Department. And even when the information proved bogus, FBI headquarters directed that the agents open a full-blown counterintelligence investigation anyway. Trump’s obvious innocence made no difference.

You can’t prove a false-statements charge unless it is established that the investigating agency was fooled by the lie. In Sussmann’s trial, the proof showed that the cover story did not fool the FBI; it enabled the FBI, which was second only to the Clinton campaign in its commitment to pursuing the Trump-Russia “collusion” tale.

Powerful federal agencies interfered in a presidential election, on behalf of one candidate against the other. The public needs accountability for that. It won’t get accountability if Durham continues to portray the FBI as a witless dupe, rather than a willing collaborator.

Union sues to block unvaxxed NYPD detectives from being fired