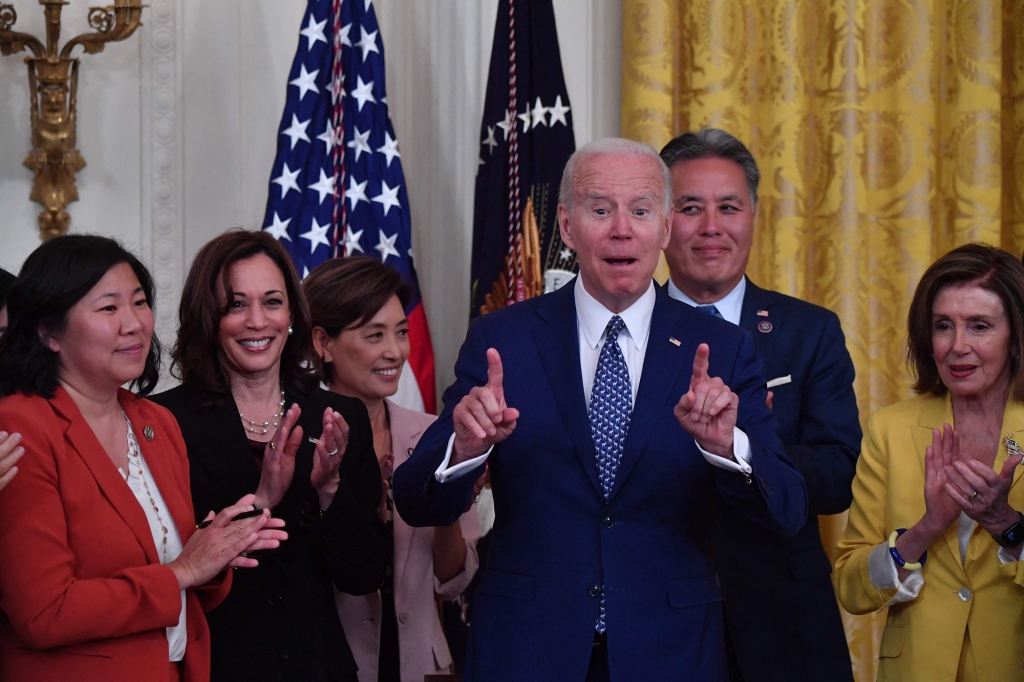 
White House press secretary Karine Jean-Pierre on Monday brushed off concerns about gaffe-prone President Biden’s age and physical stamina amid his plummeting poll numbers – gushing that she “can’t even keep up with him.”

In an interview on CNN, the spokeswoman seemed shocked when host Don Lemon asked whether the 79-year-old commander-in-chief could handle another grueling presidential campaign.

“That is not a question that we should be even asking,” Jean-Pierre said. “Oh, my gosh, he’s the president of the United States, you know, he … I can’t even keep up with him.”

Jean-Pierre’s comments come as Democrats looking ahead to 2024 are increasingly viewing Biden as a liability who could potentially lose to a Republican.

Some reportedly fear his age, weakened political standing, perceived shakiness on the world stage and lack of ability to enthuse voters could scuttle his chances for re-election.

David Axelrod, the chief strategist for former President Barack Obama’s two winning campaigns, told The New York Times Sunday “the presidency is a monstrously taxing job and the stark reality is the president would be closer to 90 than 80 at the end of a second term, and that would be a major issue.”

He told the paper that even some of Biden’s diplomatic wins, such as unifying NATO against Russia’s invasion of Ukraine, are overshadowed by his frailty.

“And part of the reason he doesn’t [get credit] is performative. He looks his age and isn’t as agile in front of a camera as he once was, and this has fed a narrative about competence that isn’t rooted in reality,” Axelrod argued.

On Monday night, Jean-Pierre slammed the Times report as “hearsay” and “fallacious.”

“That’s what the president talks about. That is his focus. And that’s where we’re going to continue to focus on,” added Jean-Pierre, who reiterated that Biden plans to mount another bid for the White House.

“There’s something called the Hatch Act that I have to be very mindful of,” she said, referring to the federal law that prohibits electioneering by executive branch officials.

Meanwhile, Biden’s job approval rating has fallen to a shameful 33%, according to a Quinnipiac University poll released last week.

In addition, more than six in 10 (64%) of Americans are discouraged by Biden’s handling of the economy.

“This is a president that understands what happens around the kitchen table — he grew up in Scranton, Pennsylvania — when prices go up just a little bit, it really hurts families,” she told Lemon.

“So that is why we believe we’re in a good position to take on inflation, but yes, we understand that folks are feeling this, and we’ve got to remember, when thinking about gas prices and food, this is coming from Putin’s war against Ukraine,” she continued.