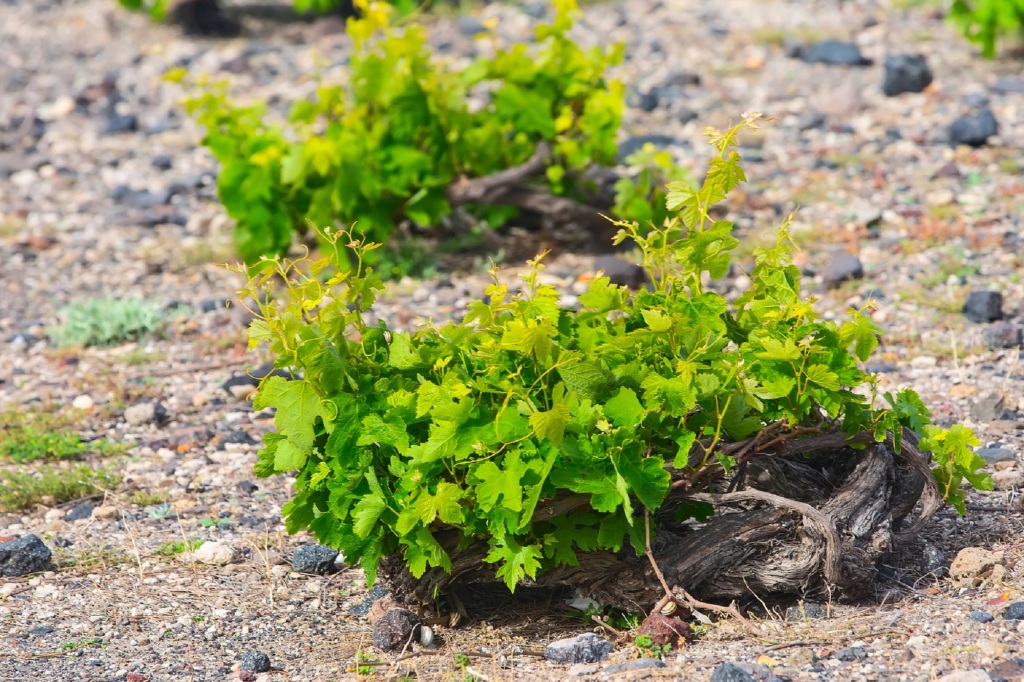 Where and what to drink on your next Santorini vacation


Every evening, sunset is the can’t-miss event across the Cyclades islands.

In Santorini, visitors and locals line the cliff tops above the caldera and watch the summer sun sink towards the indigo-blue Mediterranean waters, turning any remaining clouds vivid shades of electric orange and pink.

Those in the know take this as a cue to pour one last glass of chilled Assyrtiko (pronounced ah-SEER-tee-ko).

The dark volcanic soil, the salty sea, and the gusty breeze provide a stark beauty that draws around 2 million thirsty tourists a year — mostly during the lava-hot summer season — to the small Greek island. The same factors allow local winemakers to produce distinctive white wines from the native Assyrtiko grape.

Like the caldera, the islands’ soils are the result of volcanic activity. The complex mix of pumice, sand, volcanic ash and rocks creates a uniquely fiery terroir.

To protect their grapes from the harsh elements on the island, the ancient winemakers wove their grapevines into baskets called kouloura.

This system was so successful that ancient vines on Santorini still produce wine grapes today.

So, what to drink as you watch the sun go down on the Med? More important still, where should you lay down after all that day drinking? We’ve got answers.

Nestled improbably on the edge of the island’s Lilliputian airstrip, Gaia Wines is set within a renovated early 20th-century stone industrial building. Open May to October, stop by for the Thalassitis Submerged ($200), which spent five years aging on the seabed before release, or the Wild Ferment ($30) that still delivers incredible complexity and precision at a fraction of the price.

His Cuvée Monsignori ($41) is widely regarded as one of the best wines in Greece, but don’t sleep on the Aidani ($30), another native grape variety layered with flavors of white flowers, salty peach and tropical fruit.

If you only have time to track down one bottle during your Santorini stay, head next door to Volcanic Slope Vineyards for a bottle of Pure ($49).

Argyros’ passion project is only produced in great years. The grapes come from 200-year-old vines, and the wine is aged for 14 months on the lees (left over yeast particles) before another 12 months resting.

As a result, the wine is precise, elegant, and long-lasting — a “pure” look at what Assyrtiko can be.

Next, head 15 minutes southwest to the Hatzidakis Winery.

Hatzidakis is a family affair, and their wines showcase the innovation that a winemaker can bring.

Those in the know particularly love the power behind the organic Cuvée No. 15 ($50), which elegantly balances heft and freshness.

Or, head to the narrow northernmost slice of Santorini to experience Domaine Sigalas. The pioneering winemaker Paris Sigalas is known for introducing serious Assyrtiko to the world. His highly mineral Kavalieros ($50) comes from a single vineyard high above the Caldera.

After all that drinking you probably need a nap, luckily the 29-square-mile island offers loads of beauteous beds.

For five-star luxury on the hilltops of Oia, the boutique 34-room Katikies is the spot to stay if you want some fine dining with your grog.

Home to Michelin-starred chef Ettore Botrini’s Selene restaurant — the best in Santorini — it showcases the culinary traditions of the Cyclades alongside a stellar Greek-leaning wine list from Master of Wine Yiannis Karakasis (summer rates from roughly $1,602).

Next door the Oia Vineyart (sic) is a more relaxed setting to explore pairings of Santorini specialties with local wines.

Just down the coast, the whitewashed Astra Suites boast four studios and 22 stunning suites with a caldera-facing infinity pool and bar in Imerovigli. Operated by IHG, the hotel and opened back in 1985. Better still, guests will find a bottle of white local wine and a bouquet of flowers in their rooms (rates starting at $323 per night).

Spitting distance from the Astra Suites, in the cluster of hillside hotels that hug the steep cliff face, Lithi Luxury Retreat is a more affordable yet sexy alternative. Here what you lose in caldera views, you gain in privacy. Better still, in each of these apartment-esque suites, guests can make a splash in a private pool or Jacuzzi. Rooms start at roughly $500 per night.

10 Top Twitter Reactions, Plus Words From the Cast and Crew