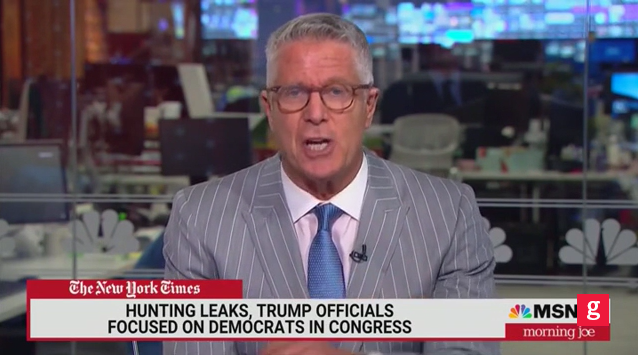 During a segment on MSNBC, Deutsch had quite the meltdown trying to “convince” people that they shouldn’t support Trump.

At one point, he shouted “what if Trump kills someone” before them insulting Americans by saying “even then” they wouldn’t stop supporting the former president.

Okay, Donny, you study people and trends and how people respond to things. We’ve had so many incidents kurg the Trump presidency where the world was kind of shocked by what Donald Trump was doing. And I just wonder whether you think people are going to look at this story, which is clearly, you know, gets at the very heart of what the democratic experience is, an independent judiciary and the rule of the law, and the freedom of the press, as well. And whether people will say, this is a reminder of how terrible this was, we must always protect our constitutions. Or whether people will look at this and say Donald Trump, he’s down in Mar-a-Lago, we don’t want to think about him anymore, and we know he did crazy things.

“The answer is January 6th. If you’ve got Republicans who are willing to overlook January 6th, a literal, physical attack on our country,” Deutsch said.

“And the majority of Republicans who think the election was not a legitimate election, this is something they can overlook very, very easily. This is a media story. Obviously, it’s bigger than that. It’s a story about another attack on democracy,” he added.

“But we have questioned on this show many times, what is the line? What is the line that will push people to say, you know what, we will not consider Donald Trump as an option anymore zips time for the Republican Party to move on? And we’ve never crossed that line. We keep going back to, could Donald Trump kill somebody on fifth avenue? The answer is yes. What will be the breaking point? Certainly not this story. Not January 6th. Is there a breaking point? I don’t know,” he snidely asked.

“My mind doesn’t go to a place where Republicans would finally say, I keep coming back to, within the next year, Trump will be indicted and that’s not going to change anything. The answer is ‘No’ in the eyes of the Republican Party and what is an atrocity that we can no longer deal with?” he added.

“Nothing so far has change hair view of him,” he concluded.