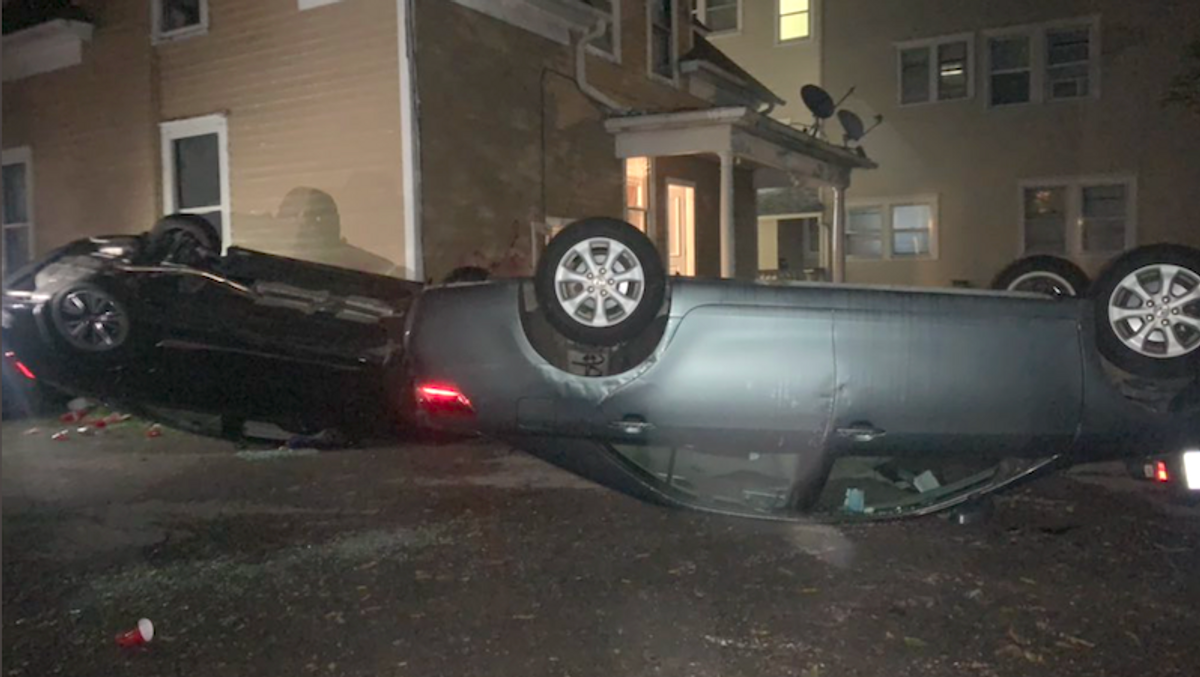 Thousands of angry protesters descended on a fraternity house at the University of Iowa on Tuesday night in response to allegations of sexual assault against two members of the Phi Gamma Delta chapter, commonly known as FIJI.

“Chants of ‘F— FIJI,’ ‘Rapist,’ and ‘Protect our girls,’ sprang back and forth up and down the block before the crowd began inching closer to the chapter house,” the Daily Iowan reports. “A few protesters left the crowd to approach the house. Some broke windows with rocks, knocked and banged on the front door, threw eggs, and graffitied the house’s sides.”

One group of protesters went inside the house and later emerged with FIJI’s “composite” — a framed collage of the chapter’s members.

“The house’s mailbox and security cameras were also damaged, and cars were flipped over,” the newspaper reported, adding that one group then traveled to another house where FIJI members were believed to be staying during the protest. “The house on Iowa Avenue was also damaged, with people throwing rocks and a few protesters standing on the roof.” 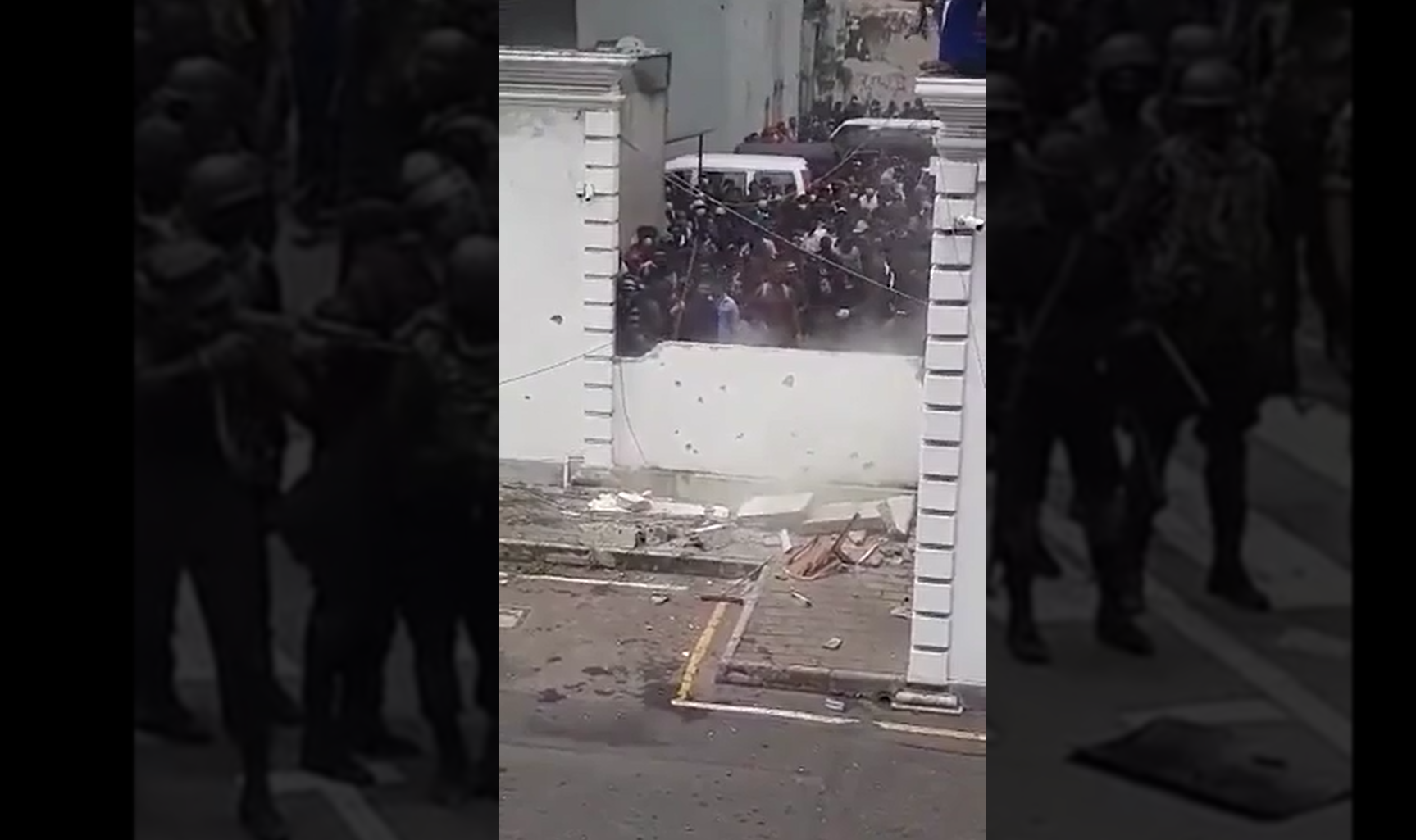 Army firing live ammunition into a cement wall unarmed protesters were hiding behind.

Pat King tells his followers to hold the line on Sunday night after a letter was being circulated about a deal that was made with the Ottawa mayor, claiming that it came from Tamara Lich. King says Tamara Lich did not agree to such a deal and that the letter was fabricated.

Lich announced Sunday evening that it was not a “deal” but an “agreement” to relocate trucks from residential areas, and that she would stick to that agreement, which has a deadline of Monday.

Last week, online fundraising giant GoFundMe attempted to steal $9 Million worth of donations from supporters of the Freedom Convoy protest after allegedly being pressured by Canadian Prime Minister Justin Trudeau.  The company announced that instead of refunding the money sent to them by supporters, they would donate it to charities of their choosing.  GiveSendGo, a Christian fundraising website that is known to be more pro free speech than GoFundMe, was used to raise $9 Million for Freedom Convoy protesters.  After they refused to buckle to government pressure, they were taken to court where a judge ordered the funds to be frozen.  GiveSendGo made a shocking and brave decision, rather than backing down in the face of government tyranny, they gave a defiant response:

Shortly after their social media statement, they announced that they would be disbursing the funds to protesters and ignoring the Canadian government’s order.

Despite the government’s best efforts, the Freedom Convoy has already won significant victories in Canada.  This week, Saskatchewan and Alberta announced that they would drop their vaccine passports.  Ottawa announced that they would drop their restrictions on private gatherings starting next month.  Prime Minister Justin Trudeau has remained defiant and refused to consider the truckers demands.

The Canadian government and corporations have coordinated to shut the peaceful and lawful protests across the country that oppose vaccine mandates and covid restrictions.  This week, police in Ottawa made it illegal for people to offer material support to protests such as gas for demonstrators trucks.  They began arresting supporters and confiscating their gas cans hours after the announcement was released.