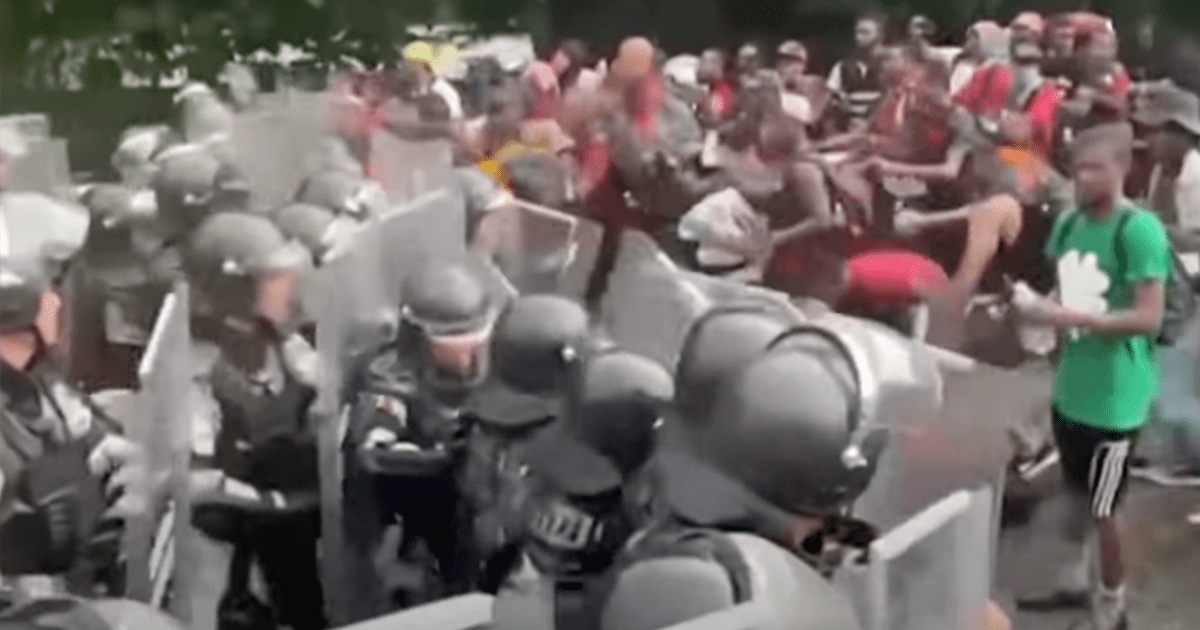 A new migrant caravan of around 400 people is bound for the US-Mexico border.

“I’ve handed in paperwork but nothing ever gets fixed – just appointments and more appointments,” Sharon, a 31-year-old Honduran mother told Reuters.

Mexican President Andres Manuel Lopez Obrador’s troops stopped a 600-person caravan from Tapachula, and reports have criticized the use of force, even against media covering the movement, according to reports.

“He elbowed me,” Maria de Jesus Peters, a correspondent told Mexico News Daily on Saturday. “I was moving up and down to try to take photos and they started to say I was attacking them.

“I was taking a photo when he slapped me.”

The Supreme Court has halted the Biden administration ban on the Trump administration Remain in Mexico policy, but Obrador has warned its support “can’t go on forever.”

“We have taken it upon ourselves to help the U.S. government on the immigration issue, we are going to continue to do so,” he said last week. “We have tried to keep migrants in shelters, above all to protect minors, women, but this can’t go on forever.