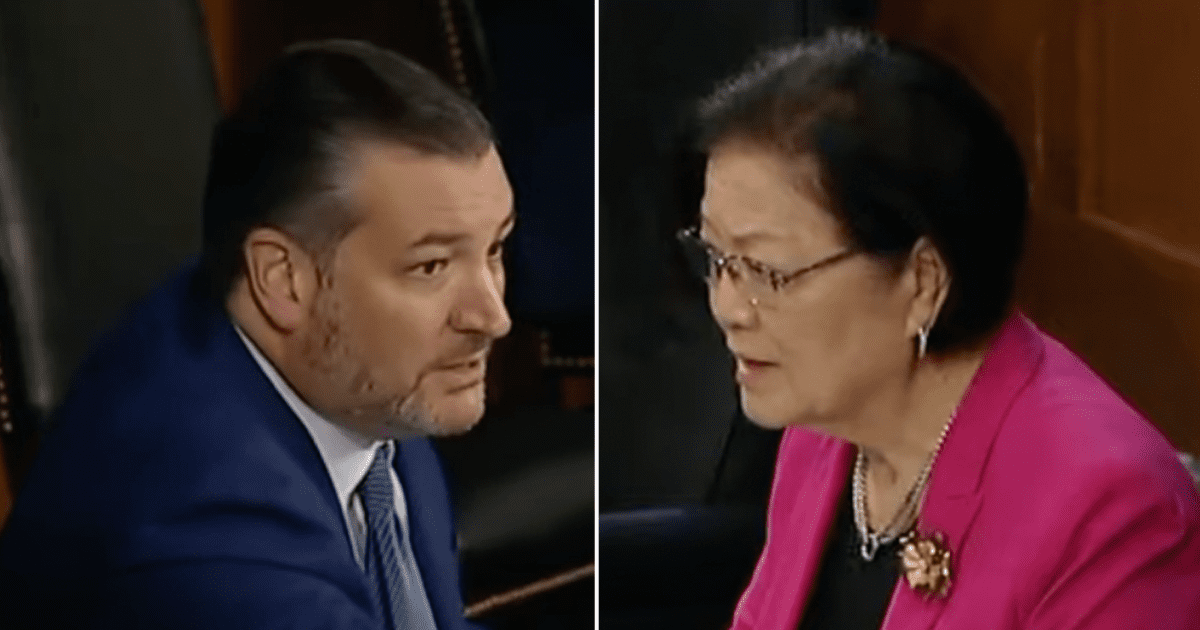 After a heated clash about originalism in judicial rulings Democrat Senator Mazie Hirono of Hawaii called on Republican Senator Ted Cruz of Texas to stop “mansplaining.”

“I would ask that Sen. Cruz not mistake what I’m saying and, you know what, all this mansplaining…please stop,” Hirono said.

Cruz then asked Hirono to explain what he had mischaracterized but Hirono did not provide an answer.