A Florida restaurant is telling Biden voters to “take your business elsewhere.”

A sign outside DeBary Diner reads “If you voted for and continue to support and stand behind the worthless, inept and corrupt administration currently inhabiting the White House that is complicit in the death of our servicemen and women in Afghanistan, please take your business elsewhere.”

Per the NY Post “Angie Ugarte, who has owned the restaurant in DeBary for five years, said she posted the sign Thursday after the suicide bombing that also killed nearly 200 Afghans. She intends to keep it up as long as Americans are stranded in Afghanistan, WOFL reported.”

“It was the only thing I felt like I could do,” Ugarte told the station. “I was just angry; I was just let down. I felt like one of those mothers or wives or sisters who were going to get that knock on the door.”

Advertisement
Related Topics:FeaturedFloridaPoliticsVideoVideos
Up Next 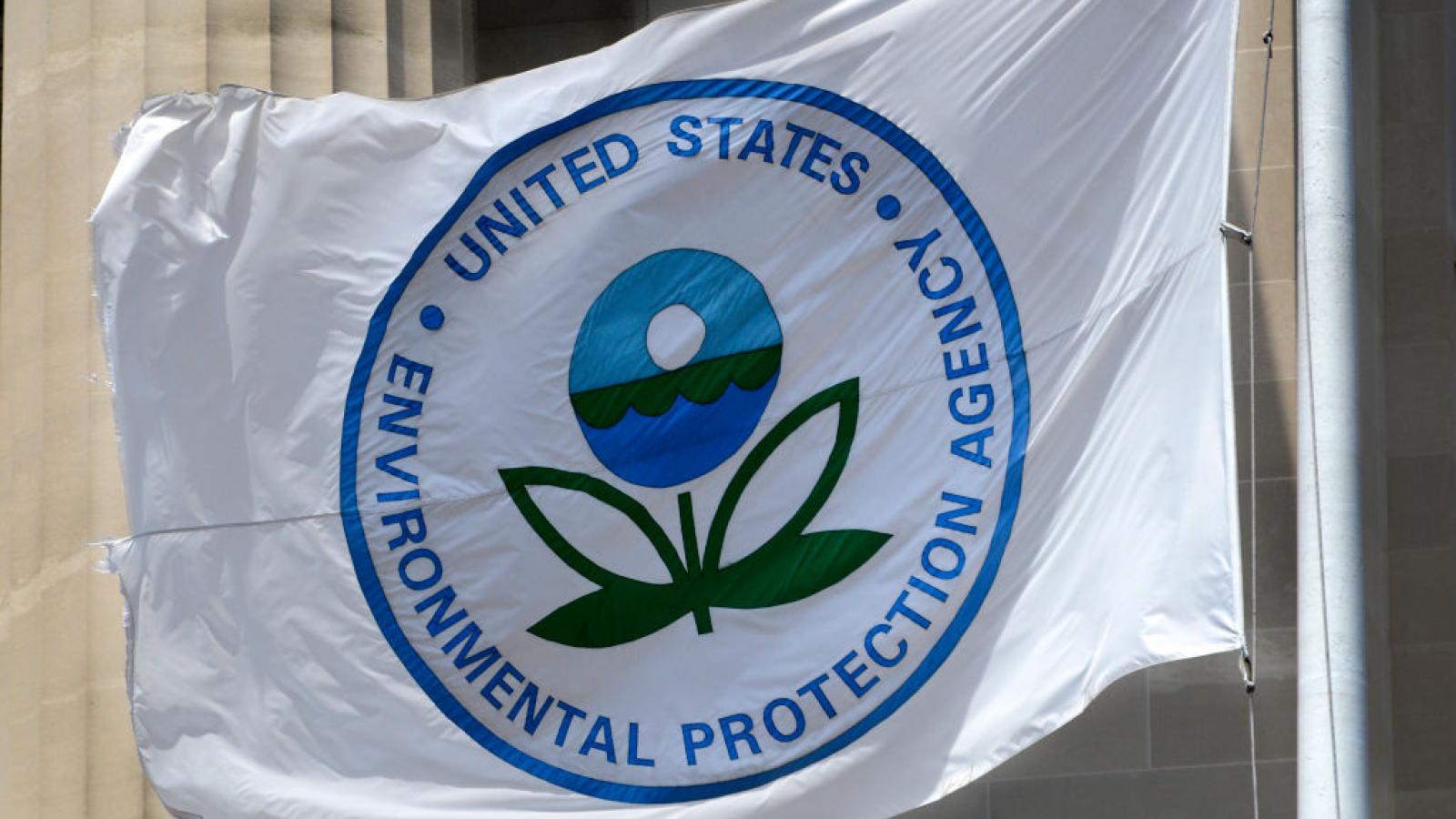 The U.S. Environmental Protection Agency has approved an experimental use permit submitted by a British biotech company to release millions of genetically engineered mosquitos into the Florida Keys in an effort to combat Dengue fever, Yellow fever, and the Zika virus.

All three diseases are transmitted by the Aedes aegypti (yellow fever mosquito) and Aedes albopictus (Asian tiger mosquito) in certain parts of the world.

Yellow fever and the Zika virus currently don’t exist in Florida or in the United States.

The British firm Oxitec, which is funded by the Bill and Melinda Gates Foundation, submitted its application last August. The application received 12,691 comments and widespread public opposition.

Yellow fever was previously a major public health concern in the U.S. in the 1700s and 1800s, the Florida Department of Health states. “The last epidemic in North America occurred in New Orleans in 1905. The risk of sylvatic transmission in the United States is low.”

Yellow fever is “a very rare cause of illness in U.S. travelers,” the CDC states; Floridians can go to over 100 clinics to get a vaccine for it.

“Zika fever is a mild illness caused by a mosquito-borne virus similar to those that cause dengue and chikungunya virus infection,” the Florida Department of Health states. “It has been identified in several countries in Central and South America, Mexico, and the Caribbean since 2015. Cases of Zika fever have been reported in travelers returning to the United States. Zika virus is not transmitted person-to-person.” The department investigated cases in 2015 and 2016.

Florida has reported cases of Dengue fever over the past decade. As of March 2, 2022, there are currently 11 Dengue cases in Florida, of which 65% are travel related, the CDC reports. Zero are locally transmitted cases.

After the pilot began last April, an outbreak in the Upper Keys was reported and a Miami woman died from Dengue fever.

“Given the growing health threat this mosquito poses across the U.S., we’re working to make this technology available and accessible,” Oxitec’s CEO, Grey Frandsen, said. “These pilot programs, wherein we can demonstrate the technology’s effectiveness in different climate settings, will play an important role in doing so.”

“Oxitec’s safe, sustainable and targeted biological pest control technology does not harm beneficial insects like bees and butterflies and is proven to control the disease transmitting Aedes aegypti mosquito, which has invaded communities in Florida, California and other U.S. states. In California, since first being detected in 2013, this mosquito has rapidly spread to more than 20 counties throughout the state, increasing the risk of transmission of dengue, chikungunya, Zika, yellow fever and other diseases,” Oxitec states in a press release.

Neither the mosquito control board nor Oxitec informed community residents about the locations of release until three days before the mosquitoes were released, groups opposed to the program have pointed out. Likewise, members of the community weren’t given informed consent, they add.

“The EPA has been shown very clearly that Oxitec misrepresented recent field performance on its original application with the EPA for experimentation in the Keys,” he added. “They have been shown that each time an independent scientific investigation evaluates Oxitec’s technology in the lab or field, the results contradict or find significant flaws and concerns with Oxitec claims. The release of scientific data from the Cayman (Islands) field trials showed Oxitec’s failure in contrast to their continued claims of success; yet the EPA only reviewed Oxitec generated claims as sufficient information for approving the largest release in history of a genetically modified animal into the wild.”

Oxitec claims its mosquitos are male and don’t bite. They are released into the wild to mate with females that do bite. Once the mosquitoes mate, the male passes on its gene that ensures its offspring die before reaching maturity, the company claims.

However, scientists, public health experts and environmental groups argue no publicly available data supports Oxitec’s claims. Friends of the Earth points to an independent peer-reviewed study conducted by Yale University scientists who evaluated a similar experiment in Brazil and found a different outcome.

Over two years, genetically engineered Aedes aegypti mosquitoes were released in Brazil and their population didn’t decline. Instead, hybrid mosquitos were created that were more difficult to eradicate and might actually increase the spread of mosquito-borne disease, the researchers found.

“Releasing billions of GE mosquitoes makes it likely that female GE mosquitoes will get out and create hybrid mosquitoes that are more virulent and aggressive. Other public health strategies, including the use of Wolbachia infected mosquitoes, could better control the Aedes aegypti,” Jaydee Hanson, policy director for the International Center for Technology Assessment and Center for Food Safety, said in a news release.

Information about allergenicity and toxicity was redacted from Oxitec’s permit application, Friends of the Earth said. The EPA also didn’t require scientific assessments to be done before approving the permit, including an endangered species assessment, public health impact analysis, or caged trials ahead of any environmental release; and also declined to convene a Scientific Advisory Panel as it does for all new pesticides introduced into the environment, the group added.

“Scientists have found genetic material from GE mosquitoes in wild populations at significant levels, which means GE mosquitoes are not sterile. GE mosquitoes could result in far more health and environmental problems than they would solve,” Dana Perls, a food and technology program manager at Friends of the Earth, said. “EPA needs to do a real review of potential risks and stop ignoring widespread opposition in the communities where releases will happen.”

Floridians opposed to the program can contact the governor, state legislators, county officials, and the state Department of Agriculture, which has to approve the project. 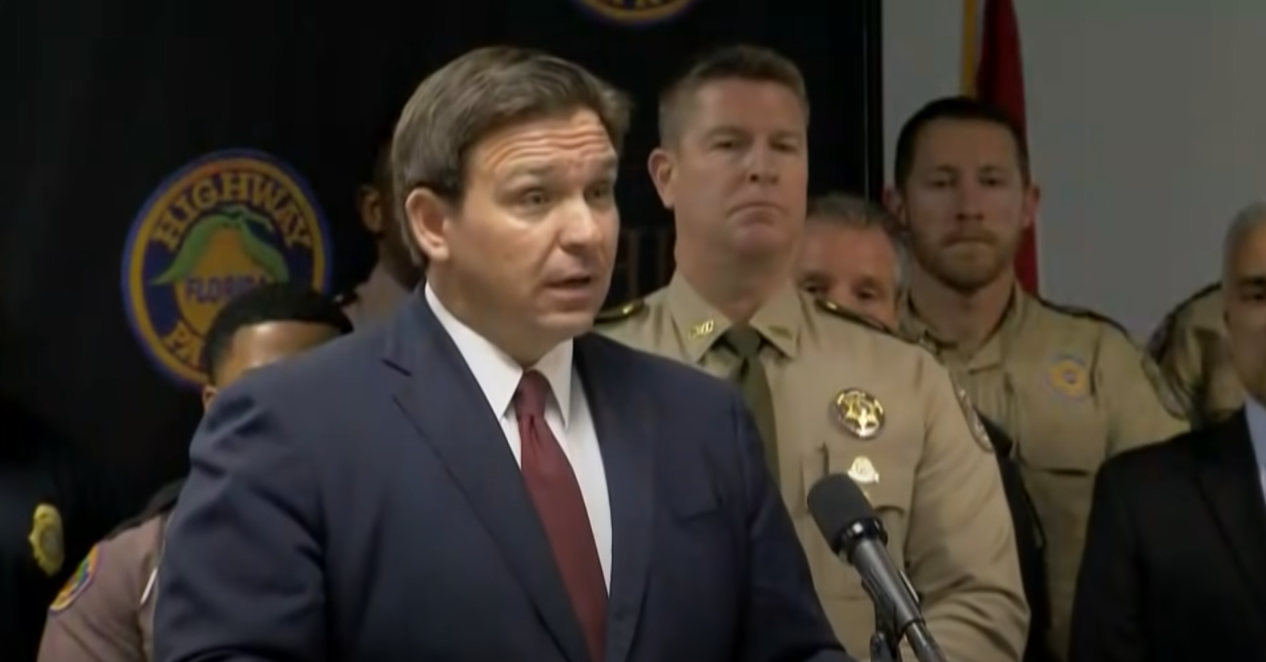 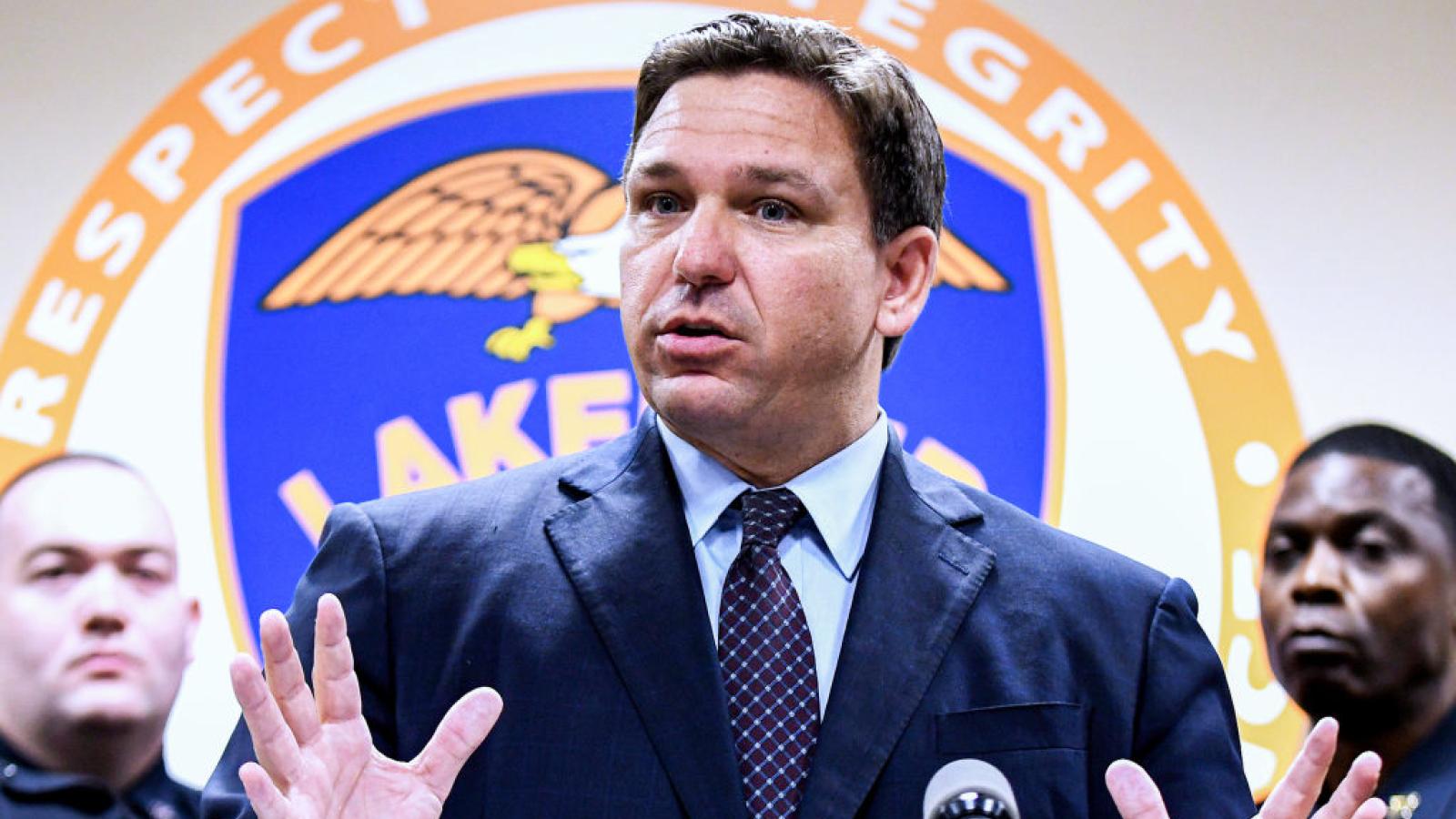 At a border security summit in Del Rio, Texas in July, Florida Gov. Ron DeSantis learned from Florida law enforcement officials that the majority of illegal border crossers arrested in Val Verde County at the time, roughly 70%, said their destination was Florida.

One of them, it turns out, was Yery Noel Medina Ulloa, a 24-year-old Honduran national. Ulloa entered the U.S. illegally several months ago through Texas, pretending to be an unaccompanied minor. He was then transferred by federal authorities to Florida, where he was arrested last month for killing his sponsor, a 46-year-old father of four.

Ulloa told ICE officials he was 17-year-old Reynel Alexander Hernandez, Noticiero Univision reported. Because he claimed to be an unaccompanied minor, Ulloa was not deported. Immigration and Customs Enforcement officers reportedly neglected to verify his age or his real identity.

“When he entered [the U.S.] he told me, ‘Mommy, I didn’t go in with my name,'” his mother, Wendy Florencia Ulloa, told Univision. “‘I went in with the name of another person because right there at the shelter they helped me.”

According to news reports, Ulloa was detained in Texas, given a “Notice to Appear” to an immigration hearing, and transported to Florida on one of the many federally orchestrated flights that are shipping minors out of Texas into the U.S. interior.

Ulloa was placed in the home of a sponsor, Francisco Javier Cuellar, 46, a father of four, who took him in, believing he was a destitute 17-year-old. He also gave him a job at his family business, the La Raza Mexican Store.

The repayment for Cuellar’s kindness was murder, if the allegations against Ulloa hold up.

Ulloa called a friend to confess and texted “that he had ‘killed Uncle Francisco,'” according to the warrant. (“Uncle” was a fond moniker Ulloa used for Cuellar, who was not his biological uncle.)

Ulloa was arrested Oct. 7 and initially placed in a juvenile detention facility. One week later, police did what ICE officials apparently failed to do — learned his real identity and real age.

DeSantis, who has already sued the Biden administration over its “catch and release” policy, says his office is investigating how Ulloa arrived in Jacksonville.

“He should have never been in this country, to begin with,” DeSantis said last week at a press conference for an unrelated event. “And definitely should not have been dumped in the state of Florida.

“What the Biden administration is doing, they’re flying in people who came illegally, dumping a lot in Jacksonville in the middle of the night. And there was an individual who had posed as a 17-year-old, actually was in the mid-twenties, brought here, had been here, ended up committing a murder.

“These are middle-of-the-night flights. No notification to the state or anybody. This is not the way you keep people safe. It’s reckless, and it’s wrong.”

DeSantis said he was going to ask the state legislature “to see what can we do to make sure they can’t just do this with impunity.”

The governor also said he was going to consider executive action in addition to actions he’s already taken like, for example, Executive Order 21-223. That order was issued, according to a release from his office, to “prohibit all Florida agencies under the purview of the Governor from facilitating illegal immigration into Florida, unless otherwise required by federal or state law, and require the collection of information from state officials on the scope and costs of illegal immigration in Florida.”

He also sent a letter to U.S. Homeland Security Secretary Alejandro Mayorkas requesting information about the DHS/RRO resettlement program in August, a request which has gobe unanswered.

Officials at ICE and the Office of Refugee Resettlement have not issued a statement on the matter or responded to press inquiries about how Ulloa ended up in Florida.