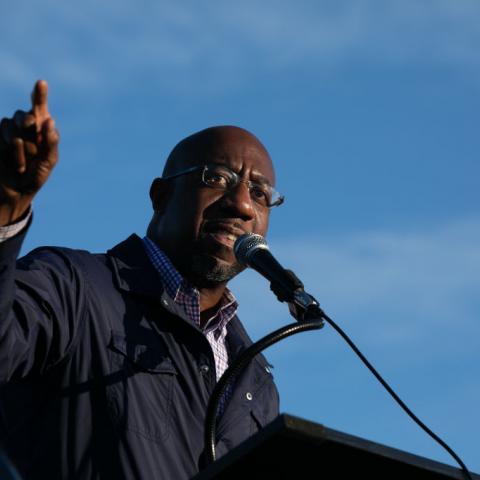 The league announced the move in April, after the state Republicans passed and enacted laws to further secure Georgia’s voting system, which critics said limited minorities’ access to balloting.

The National Republican Senatorial Committee plans to run the ads starting Monday for the league’s Home Run Derby event and Tuesday during the All-Star Game, according to The Hill newspaper.

The events will be held in Denver but the ads will run in Georgia.

“Baseball’s midsummer classic: The All Star game. The $100 million boost to Georgia’s economy, until the radical left woke crowd took it all away, forcing the MLB to boycott Georgia. Even Stacey Abrams opposed the boycott, but Senator Warnock refused to oppose it,” the ad says.

The ad also includes a video clip of Wornock telling CNN about the boycott, “I think we all have to use our voices.”

Warnock won the seat this year in a special election and faces reelection next year for a full six-year term.

The senator said he respected the decision but did not give it full public support.

“The decision by MLB is a result of politicians silencing Georgians to stay in power. While I hope that athletes & others will protest this unjust law by coming to Georgia, I respect the players’ decision,” Warnock tweeted in April.

He later said in a statement, “It is my hope that businesses, athletes, and entertainers can protest this law not by leaving Georgia but by coming here and fighting voter suppression head on, and hand-in-hand with the community.”

Advertisement
In this article:Election, Featured, Politics