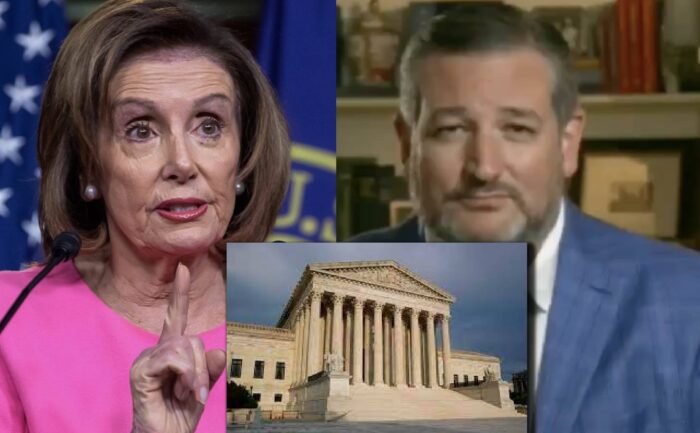 Ted Cruz appeared on Fox News where he explained exactly what the Dems are really up to when it comes to the latest SCOTUS “packing.”

This is probably their most radical move yet – it’s a massive power grab. It’s almost unthinkable what they’re doing.

One theory is that Dems know that they’re going to lose the House in 2022 so they’re doing whatever they can to hold onto some semblance of power.

That doesn’t sound too off the mark – as long as we can keep the cheating at bay, the Republicans should take back control.

Ted says that what we’re all witnessing right now is the ONLY way that the Dems can ram through their radical agenda.

There’s no way, with the slim majority they have now, and the likelihood that it’s going to get worse for them, that Dems can get anything through to appease their radical base.

Here’s what Ted said in a tweet: “The courts are the most effective way Democrats can ram through their extreme agenda.

Joe Biden wants 4 new liberals on the Court to erase free speech and religious liberty, shut down school choice, and erase the Second Amendment from the Bill of Rights.” 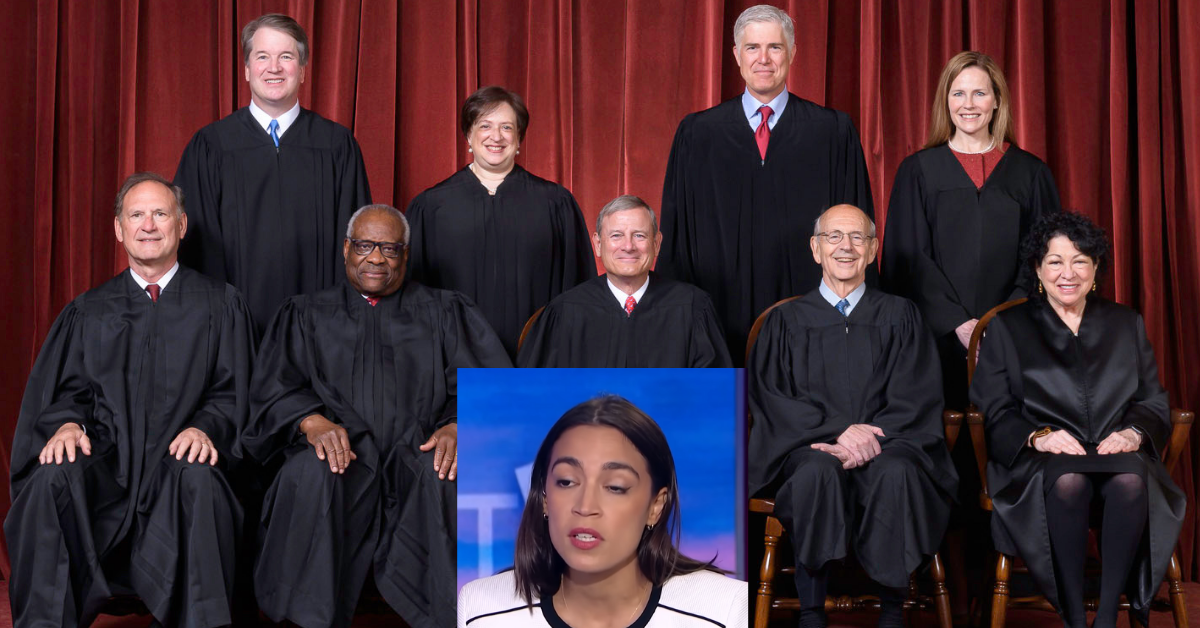 Rep. Alexandria Ocasio-Cortez, D-N.Y., is furious at the Supreme Court over the landmark Texas abortion law. She is claiming the ruling overturned Roe v. Wade, and now she wants the Dems to end the filibuster and expand the Supreme Court.

AOC said: “Republicans promised to overturn Roe v Wade, and they have. Democrats can either abolish the filibuster and expand the court, or do nothing as millions of peoples’ bodies, rights, and lives are sacrificed for far-right minority rule. This shouldn’t be a difficult decision.”

The Supreme Court, however, did not explicitly overturn Roe v. Wade but instead said their decision is not a judgment on whether the law itself is legal and suggested it will be fully litigated soon.

“In reaching this conclusion, we stress that we do not purport to resolve definitively any jurisdictional or substantive claim in the applicants’ lawsuit. In particular, this order is not based on any conclusion about the constitutionality of Texas’s law, and in no way limits other procedurally proper challenges to the Texas law, including in Texas state courts,” the court said.

“No, Roe v. Wade was not overruled tonight. But the ease with which Texas purported to bulldoze the Court’s abortion jurisprudence tells you all you need to know about the right to choose before this Court.”

A sharply divided Supreme Court on Wednesday night refused to block a Texas law that bans most abortions, leaving the country’s most restrictive abortion measure intact.

Just before midnight, the court denied an emergency request from abortion providers to block the law, issuing a 5-4 ruling with Chief Justice John Roberts joining the court’s three liberal justices in dissent.

The majority, citing procedural complexities, said abortion providers had failed to make a persuasive case for the court to step in, but added that the challengers had raised “serious questions” about the law’s constitutionality.

Justice Sonia Sotomayor, in a fiery dissent that was joined by her two fellow liberal justices, called the ruling “stunning.”

“Presented with an application to enjoin a flagrantly unconstitutional law engineered to prohibit women from exercising their constitutional rights and evade judicial scrutiny, a majority of Justices have opted to bury their heads in the sand,” Sotomayor wrote.

REPUBLICANS PROMISED TO OVERTURN ROE V WADE, AND THEY HAVE.

DEMOCRATS CAN EITHER ABOLISH THE FILIBUSTER AND EXPAND THE COURT, OR DO NOTHING AS MILLIONS OF PEOPLES’ BODIES, RIGHTS, AND LIVES ARE SACRIFICED FOR FAR-RIGHT MINORITY RULE.

THIS SHOULDN’T BE A DIFFICULT DECISION. HTTPS://T.CO/GCEJKXT3GS 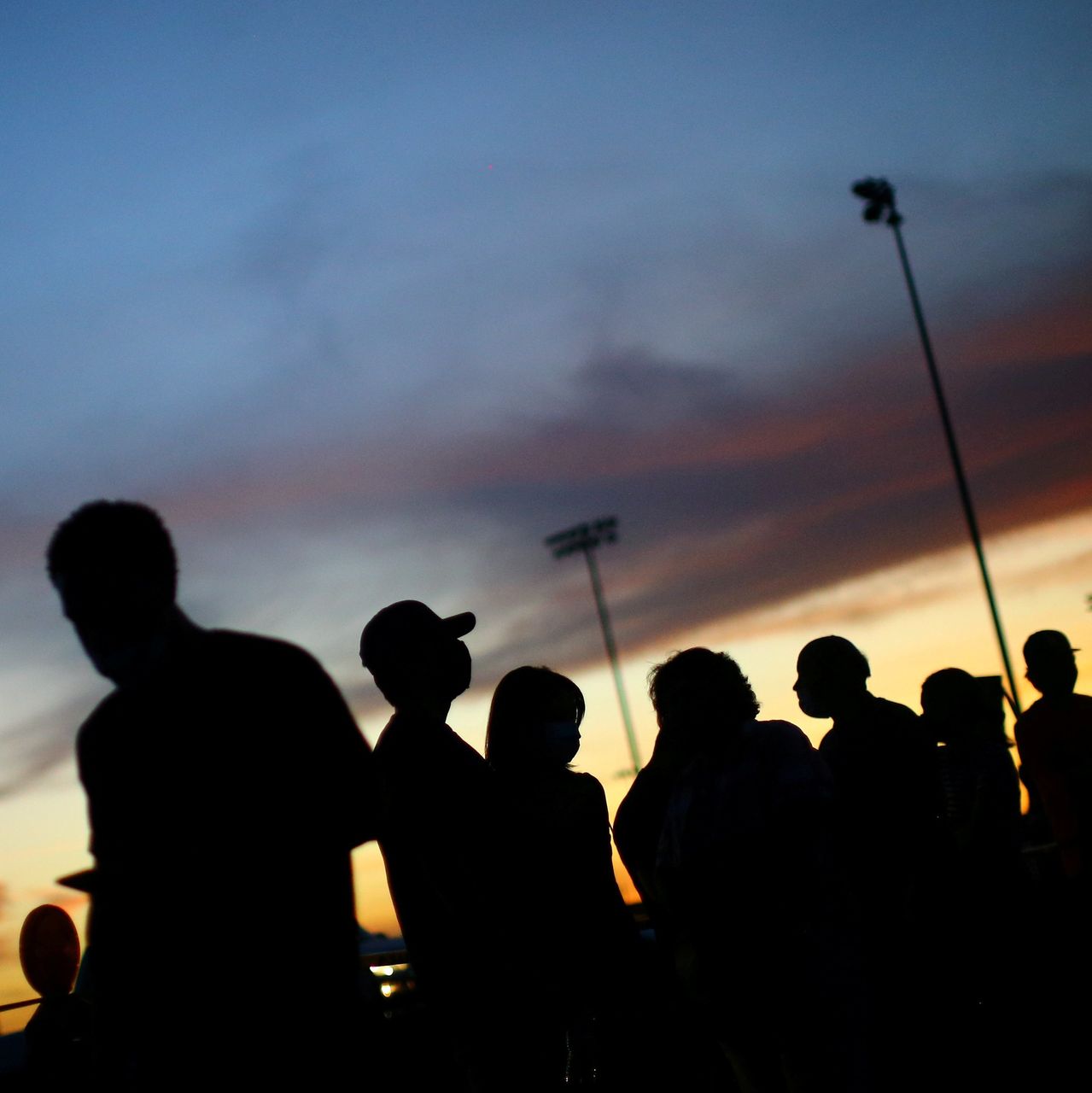 The court ruled Thursday in a 6-3 vote that a set of Arizona voting rules do not violate federal law. Breaking along conservative-liberal ideological lines, the court found that the state’s voting policies were not enacted with a racially discriminatory purpose that would have violated the 1965 Voting Rights Act.

Garland announced announced last week that the Department of Justice will sue Georgia over its new voting law, S.B. 202, claiming the measure’s voter ID rules violate Section 2 of the Voting Rights Act, which prevents states from denying or interfering with the rights of Americans to vote on account of their race. Thursday’s SCOTUS decision in the Arizona case is a signal that the high court may not buy Garland’s arguments.

“If the Arizona voting decision had come down a month ago, I don’t think the DOJ would’ve issued such a broad-based challenge” to the Georgia law, said the constitutional law scholar.

Calling Garland’s decision to bring the suit “a mistake,” Dershowitz said, “There’s a difference between not liking a law and finding it to legitimately be in violation of the 1965 Voting Rights Act.”

Last week, Garland described his lawsuit as the “first of many steps” to protect the voting rights of Americans, indicating his intention to challenge several other states that have enacted what the department views as restrictive voting rules. Michigan, for instance, is reportedly a potential target because the state’s Republican-led legislature is close to passing a three-bill package aimed at strengthening election integrity by enforcing stricter voter ID requirements for mail-in and in-person voting.

Garland’s Friday announcement followed an earlier warning shot from the AG directed at states conducting audits of the 2020 presidential election. Last month, the attorney general — without specifically citing Arizona’s ongoing audit of its 2020 election results — said that some of the post-election reviews taking place across the country are “based on disinformation” and employing “abnormal post-election audit methodologies that may put the integrity of the voting process at risk and undermine public confidence in our democracy.”

SCOTUS’s Thursday decision, however, was its own brand of warning shot, one that jeopardizes Garland’s planned legal offensive against state-level GOP voting reform bills and election audits.

The decision “sends a strong signal to the states with regard to controlling election integrity —certainly with regard to things like ballot harvesting, and proper identification at polling places,”  Arizona Republican Rep. Andy Biggs said in a recent interview on the John Solomon Reports podcast.

Biggs said the 6-3 decision by SCOTUS represents the “natural split” of the court, one that hasn’t been seen this term as much as was anticipated.

Dershowitz said that while this has been a “balanced term,” maybe even a “good one for the liberal justices,” Garland must take away from Thursday’s ruling that “they don’t have the votes” to proceed unchallenged with the Georgia lawsuit. 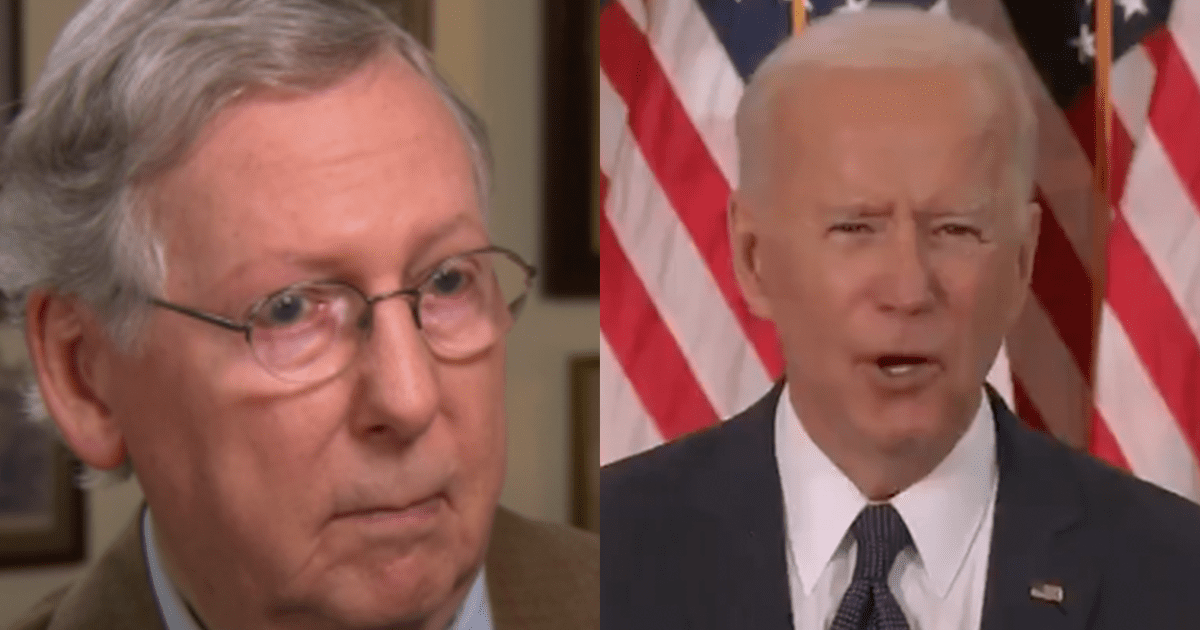 Senator Minority leader Mitch McConnell suggested he may block a SCOTUS vacancy that were to come up in 2024 if Republicans re-take the Senate in 2022.

Hugh Hewitt asked McConnell “If you regain the majority in 2022 for the Republicans … would the rule that you applied in 2016 to the Scalia vacancy apply in 2024 to any vacancy that occurred then?”

McConnell replied “Well, I think in the middle of a presidential election, if you have a Senate of the opposite party of the president, you have to go back to the 1880s to find the last time a vacancy was filled.”

“So I think it’s highly unlikely. In fact, no, I don’t think either party, if it controlled [the Senate], if it were [a] different [party] from the president, would confirm a Supreme Court nominee in the middle of an election. What was different in 2020 was we were of the same party as the president,” he added.

Asked the same question about a nominee from Biden in 2023, McConnell said  “Well, we’d have to wait and see what happens.”

Democrats were furious when Republicans, holding both the Presidency and the Senate, forced through Trump’s nomination of Justice Amy Coney Barrett just days before the 2020 general election.