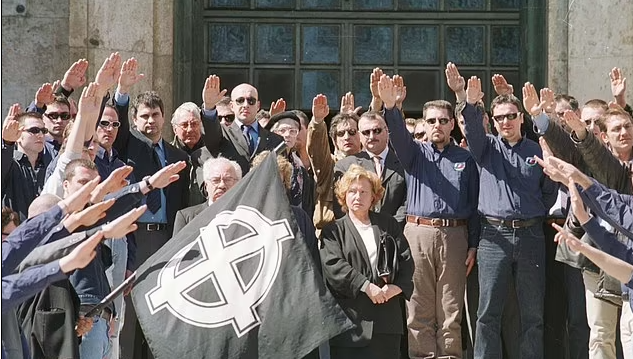 St. Lucia in Rome has become the epicenter of a religious and political scandal. Footage from a funeral service showed the casket covered in a Nazi flag, while attendees did fascist salutes shouting, “Presente!”

The Catholic Church and the Vicariate of Rome described the event as ”ideological and violent exploitation … unacceptable for the church community of Rome,” adding that the Third Reich’s flag is “a horrendous symbol irreconcilable with Christianity.” Local media identified the deceased as a 44-year-old woman, former member of the neo-fascist Forza Nuova group.