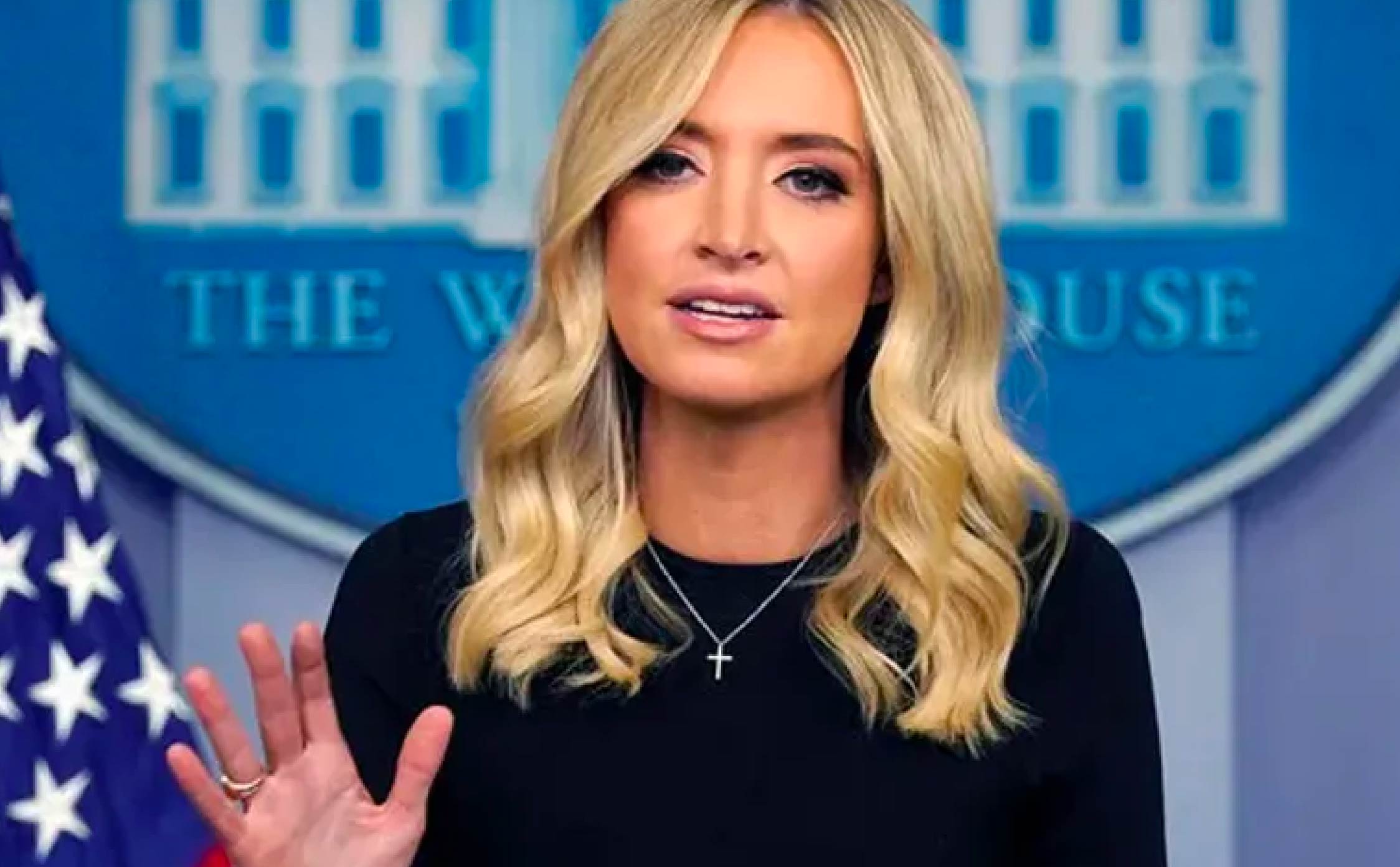 During her speech, McEnany recalled being asked at her very first press briefing as press secretary if she would ever lie to the American people.

“And I said without hesitation, ‘no,’ and I never did,” McEnany recounted. “As a woman of faith, as a mother of baby Blake, as a person who meticulously prepared at some of the world’s hardest institutions, I never lied. I sourced my information.”

McEnany went on to say that when she took the job, she knew the press would call her a liar even though she always made sure to source her information.

“My dad said, ‘Kayleigh, you’ve got to come up with a motto for your press shop.’ And I did. And our motto was this: Offense only,” McEnany said. “Because I knew what we were up against. Republicans always get the bad headlines, always get the false stories, always get the lies, if I can use that word told by the press.”