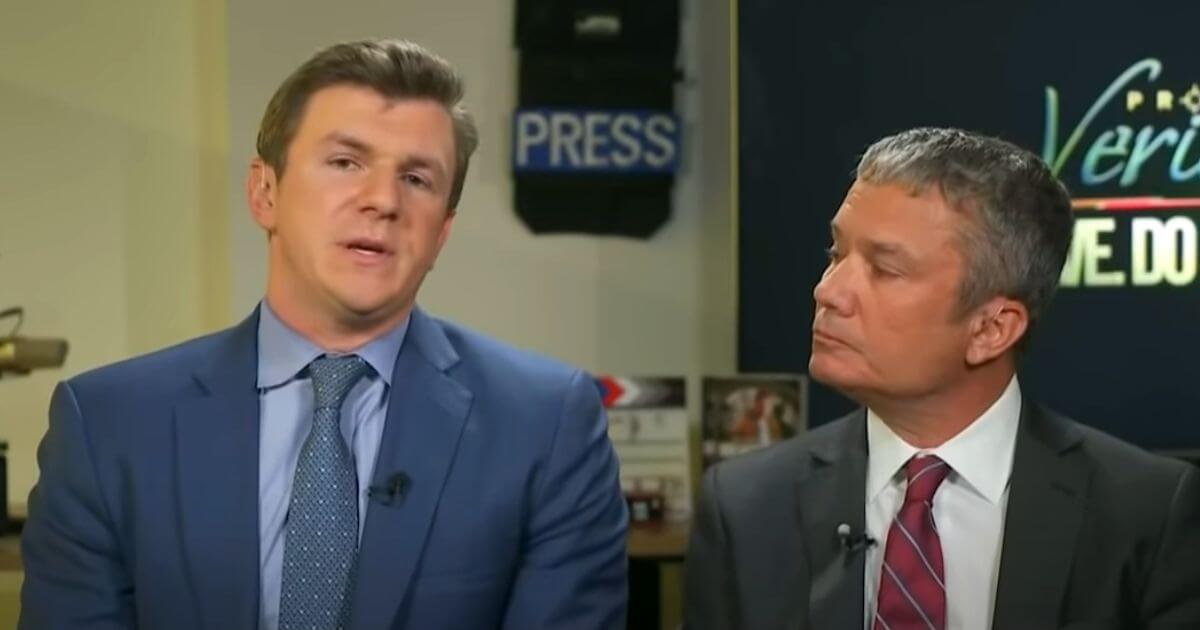 Conservative journalist James O’Keefe spoke out Monday about a reported FBI raid on his home last week, saying it left him “in a state of shock.”

In an interview with Fox News host Sean Hannity, O’Keefe accused the federal government of showing up in force with raids on his own home and those of others associated with Project Veritas.

That was following reports that he had previously been in possession of a copy of a diary that reportedly belonged to President Joe Biden’s daughter, Ashley, but was allegedly stolen.

Despite the fact that O’Keefe had surrendered the reported diary, he told “Hannity” that federal agents showed up at his home with a battering ram and detained him.

“I woke up to a pre-dawn raid,” he said. ”Banging on my door. I went to my door to answer the door and there were 10 FBI agents with a battering ram, white blinding lights. They turned me around, handcuffed me and threw me against the hallway. I was partially clothed in front of my neighbors.”

O’Keefe then suggested that his sources for other Project Veritas investigations might have been compromised as the FBI seized his phone.

“They confiscated my phone. They raided my apartment. On my phone were many of my reporters’ notes. A lot of my sources unrelated to this story and a lot of confidential donor information to our news organization,” he said.

“I’ve heard ‘the process is the punishment.’ I didn’t really understand what that meant until this weekend. And Sean, I wouldn’t wish this on any journalist,” a shaken O’Keefe said.

In all, two of his phones were taken by the FBI, he said.

Paul Calli, an attorney for O’Keefe who sat next to him during the interview, said the diary in question was purchased from a source but never published by Project Veritas.

O’Keefe later voluntarily gave the diary to the police. With regard to whether it was stolen, Cali said, “Nobody knows if that’s the case.”

But no matter the source of the diary or its authenticity, O’Keefe said the raid should be a call for other journalists to stand up to federal agents, who he said had violated the Constitution.

“This is an attack on the First Amendment by the Department of Justice,” O’Keefe told Fox News. “I’m calling upon all journalists to take a stand against this. A source comes to us with information, I didn’t even decide to publish it.”

“If they can do this to me, if they can do it to this journalist and raid my home and take my reporter notes, they’ll do it to any journalist,” he added. “This is about something very fundamental in this country. I don’t know which direction this country is going in, but journalists everywhere have to rise up because we broke no laws here.”

O’Keefe first commented on the FBI’s raids of journalists’ homes last week in a statement posted on the Project Veritas website.

“The FBI took materials of current and former Veritas journalists despite the fact that our legal team previously contacted the Department of Justice and voluntarily conveyed unassailable facts that demonstrate Project Veritas’ lack of involvement in criminal activity and/or criminal intent,” he said.

As far as the source of the raid, the diary in question, O’Keefe said he could not authenticate it.

“Project Veritas gave the diary to law enforcement to ensure it could be returned to its rightful owner. We never published it,” he said.

Compliance Is Not A Virtue: How Biden Is Using Covid To Control America

BREAKING: After Test-Firing ICBM With Up To 15,000 Kilometer Range, N. Korea Says It Is “Fully Ready For A Long-Standing Confrontation With The U.S.”

After a thaw in US-North Korea relations facilitated in large part by President Trump, North Korea made a provocative move today and test launched an ICBM with a 15,000 Kilometer range.  After the launch, the North Korean government said it is “fully ready for a long standing-standing with the United States’.

“North Korea on Thursday launched its first intercontinental ballistic missile since 2017, dramatically escalating tensions with the Biden administration at a moment when the world has been gripped by the devastation in Ukraine.

The launch involved what appeared to be North Korea’s most powerful ICBM to date, and marked the end of a self-imposed moratorium on nuclear and ICBM tests that the country’s leader, Kim Jong-un, announced before embarking on diplomacy with President Donald J. Trump in 2018.

While the new missile did not go far from the coast, its altitude of 3,852 miles — far higher than past tests — appeared to be meant to demonstrate to a weary world that North Korea could flatten the weapon’s trajectory and hit the continental United States with ease.”

Many considered the timing of the launch to be intentional as there is a meeting of some of the top military powers in the world today at the NATO headquarters to discuss the ongoing Russian invasion of Ukraine.