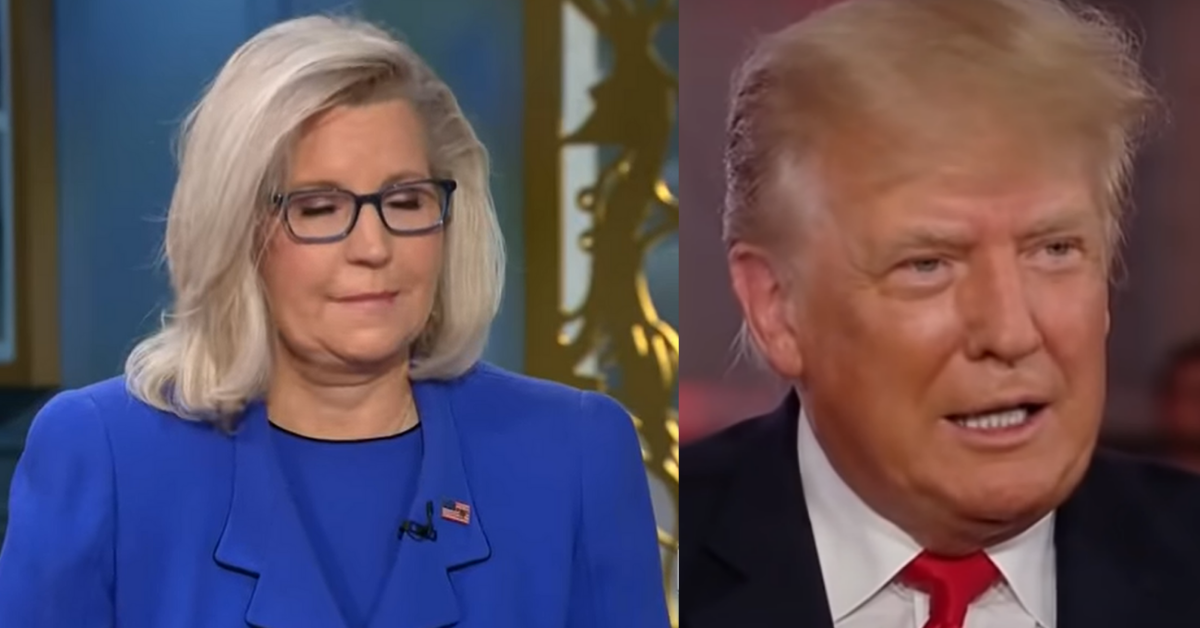 Liz Cheney’s only chance at keeping her seat in Congress, in the face of a tough primary led by former President Donald Trump, was to split the vote.

The other candidates smelled blood nin the water and jumped into the race to primary Liz. But too many saw the doomed Liz Cheney as an easy win, and in a deep red state, knew the winner could keep that seat for years if they wanted.

So it looked good for Cheney for a while but Trump stepped in to clear the field and dropped his crucial endorsement on an old friend of Cheney’s, Harriet Hageman.

And then Trump went after the other candidates in the primary race telling them to drop out as they have no chance without his endorsement arguing that that was the best way to send Cheney packing.

To Liz’s abject horror the other candidates are listening to Trump and putting personal ambition to the side to make sure she gets fired.

First, two big names in the Wyoming GOP dropped out of the race.

And today a third primary challenger announced they were suspending their campaign all but sealing Cheney’s doomed fate.

Wyoming state Rep. Chuck Gray, of Casper, said he is out of the race to help defeat Cheney. He said:

“Our first and most important goal is to unite to defeat Liz Cheney.

“With that in mind, I will be suspending my campaign today.

“Liz Cheney has betrayed our values.

“And to counter Liz’s betrayal, our campaign has been focused on advancing Wyoming values,” he said.

“Chuck Gray is an honorable man who has been standing for Wyoming’s Conservative values for years.

“We can’t take back our Congressional seat unless we are united, and I am humbled by his decision to keep fighting to protect Wyoming through his work in the Legislature.

Gray was the big name in the race besides Cheney, but Darin Smith and Bryan Miller had strong support. With all three out of the race, only lesser-known candidates with no real chance remain. Sen. Anthony Bouchard (R) is the last big name in the race but he has more skeletons than one could count in his closet so he is not a real threat.

In short, Cheney will probably pull a Joe Lieberman and run as an independent but Wyoming is not like Connecticut and that will fail is she tries it.

Gray had been one of the more prominent challengers, jumping into the contest early this year and crisscrossing the state.

However, Trump’s endorsement of Hageman last week marked a turning point in the GOP primary and a culmination of Republican anger with Cheney, who has infuriated the base with her vote to impeach Trump, her frequent needling of him over his unsubstantiated claims of election fraud and her role on the select committee investigating the Jan. 6 insurrection.

“Harriet Hageman adores the Great State of Wyoming, is strong on Crime and Borders, powerfully supports the Second Amendment, loves our Military and our Vets, and will fight for Election Integrity and Energy Independence (which Biden has already given up). Unlike RINO Liz Cheney, Harriet is all in for America First. Harriet has my Complete and Total Endorsement in replacing the Democrats number one provider of sound bites, Liz Cheney,” Trump said last week, using an acronym for “Republican in name only.”