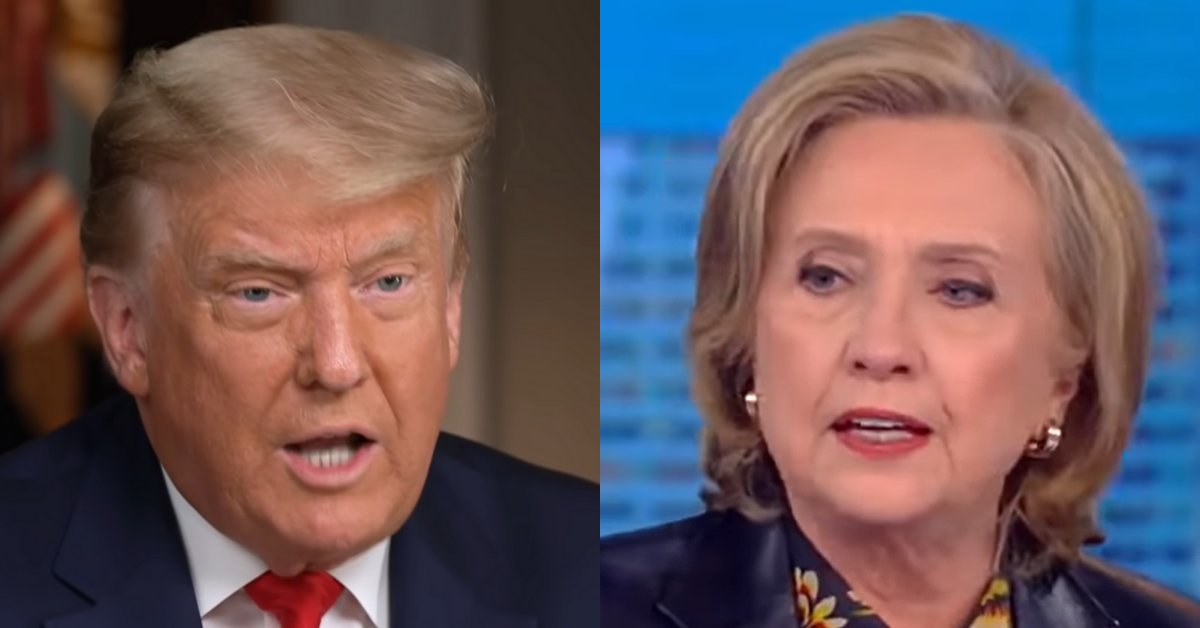 Trump said: “It really has come out. In all fairness, while it has taken a long time, hats off to John Durham. Hats off, because, it’s coming out, and it is coming out at a level, Durham has come out with things that are absolutely amazing. We all sort of knew that happened, and now we have facts, and I think they’re only going to get deeper and deeper, and it all leads back to the Democrats, Hillary and the dirty lawyers.

“What they did was so illegal, at a level that you’ve rarely seen before. Now, in all fairness, it looks to me like this is just the early building blocks,” Trump said.

Igor Danchenko, a Russian analyst who was the primary source behind the Steele dossier was arrested last Thursday as part of the U.S. special counsel’s probe into the origins of the FBI’s investigation between Russia and Donald Trump’s 2016 campaign.

Danchenko’s indictment comes after Durham last month indicted Clinton lawyer Michael Sussmann for making a false statement. The indictment alleges Sussmann told then-FBI General Counsel James Baker in September 2016 that he was not doing work “for any client” when he requested and held a meeting in which he presented data and evidence of a purported secret communications channel between then-candidate Trump and Alfa Bank, which has ties to the Kremlin. Sussman was working for the Clinton campaign at the time.

Before being appointed as special counsel in 2020, Durham charged former FBI lawyer Kevin Clinesmith with making a false statement – the first criminal case arising from his probe. Clinesmith was referred for potential prosecution by the Justice Department’s inspector general’s office, which conducted its own review of the Russia investigation.

Specifically, the inspector general accused Clinesmith, though not by name, of altering an email about Page to say that he was “not a source” for another government agency. Page has said he was a source for the CIA. The DOJ relied on that assertion as it submitted a third and final renewal application in 2017 to eavesdrop on Page under FISA.

From The National Review:

Danchenko’s background, which is worthy of a second-rate spy novel, came to light in late 2020, when a Justice Department inspector-general investigation was unsealed. A Russian citizen transplanted to Washington as a geopolitics scholar, he landed at the Brookings Institution, a prominent Clinton-friendly think-tank. In 2009, the FBI opened a counterintelligence investigation of Danchenko. He had allegedly suggested to two Brookings staffers, who appeared to be headed for jobs in the Obama administration, that he could make it worth their while if they passed along classified information. The staffers (one of whom believed Danchenko must be a Russian agent – imagine that!) instead passed along word of Danchenko’s entreaty to the FBI. The Bureau learned that Danchenko appeared to be tied to two Russian agents who were also under investigation.

Agents prepared to seek national-security surveillance of Danchenko under the Foreign Intelligence Surveillance Act (FISA). But, in what would become an alarming theme, the FBI did not follow through and closed the investigation in March 2011, apparently believing that Danchenko had gone back to Russia.

SCOOP: THE ARREST OF THE ANALYST, IGOR DANCHENKO, IS PART OF THE SPECIAL COUNSEL INQUIRY LED BY JOHN H. DURHAM, WHO WAS APPOINTED BY THE TRUMP ADMINISTRATION TO SCRUTINIZE THE RUSSIA INVESTIGATION FOR ANY WRONGDOING. HTTPS://T.CO/6U7WHLAKBY

“IGOR DANCHENKO, A RUSSIA ANALYST WHO WORKED WITH CHRISTOPHER STEELE…WAS TAKEN INTO CUSTODY AS PART OF THE DURHAM INVESTIGATION.”

IGOR DANCHENKO, THE KEY “SUB-SOURCE” AND “PRIMARY RESEARCHER” FOR CHRISTOPHER STEELE, HAS BEEN ARRESTED. HTTPS://T.CO/2QNATBHARK