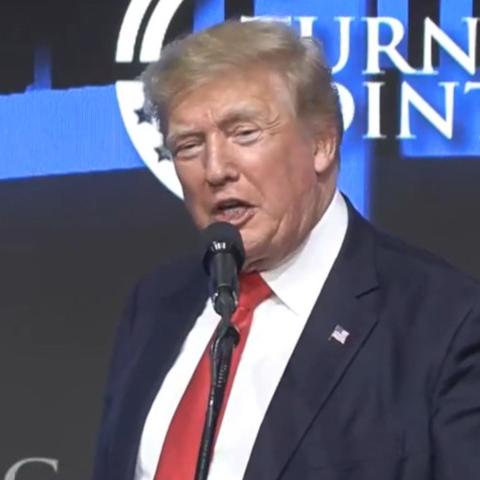 “Attorney General Ken Paxton has been bravely on the front line in the fight for Texas, and America, against the vicious and very dangerous Radical Left Democrats, and the foolish and unsuspecting RINOs that are destroying our Country,” Trump said in a statement.

Bush had been vying for Trump’s endorsement in his bid to unseat Paxton for the position of Texas attorney general. Bush, the son of former Florida Gov. Jeb Bush, has received criticism from both the public and his own family over his support for Trump.

Trump endorsed Paxton, arguing the current Texas attorney general had a strong commitment to securing the border, the Second Amendment, being tough on crime and other beliefs that “will keep Texas safe.”

“It is going to take a PATRIOT like Ken Paxton to advance America First policies in order to Make America Great Again. Ken has my Complete and Total Endorsement for another term as Attorney General of Texas,” Trump said.