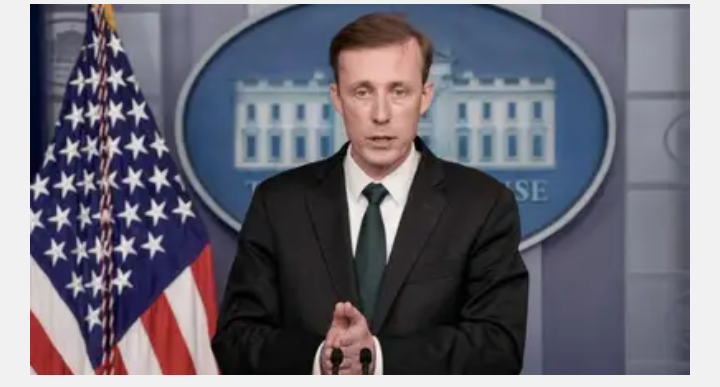 Top Biden adviser refuses to say whether Taliban is an enemy of the US: ‘Hard to put a label on it’

Jake Sullivan, national security adviser to President Joe Biden, refused to say Tuesday whether the Biden administration views the Taliban as an enemy of the United States.

What did Sullivan say?

During an interview on MSNBC, network host Nicolle Wallace asked Sullivan about the U.S. government’s posture toward the Taliban.

Despite decades of witnessing barbaric rule by Taliban leaders and fighters, Sullivan responded by saying the Biden administration would not place a “label” on the Taliban because they don’t yet know, allegedly, how the Taliban will rule Afghanistan (this time around).

“Well, it’s hard to put a label on it, in part because we have yet to see what they are going to be now that they are in control, physical control of Afghanistan,” Sullivan said.

“They will, in the coming days, announce a government,” he continued. “That government is gonna go around seeking diplomatic engagement, even recognition from other countries, including the United States. In fact, the Taliban spokesman today said he was looking for positive relations on behalf of the Taliban, especially with the United States.”

“We’re not just going to grant positive relations to the Taliban; they are going to have to earn everything from the international community through actions — not words,” Sullivan claimed. “That begins with safe passage for Americans and Afghan allies, and that also includes them living up to their counterterrorism commitments, including that Afghanistan can never again be used as a base from which to attack the United States or our allies again.”

The Taliban have claimed they are “reformed,” that Afghanistan will be “inclusive” under their control, and that everyone in the country, including those who worked with Americans, has been granted “forgiveness” and “amnesty.”

But out of the other side of their mouths, the Taliban have said they will rule according to a strict interpretation of Sharia law. Indeed, there have been numerous reports already of extrajudicial killings and the hunting down of Afghans who worked with Western military forces.

“We do believe there is an important dimension of humanitarian assistance that should go directly to the people of Afghanistan,” Sullivan said.