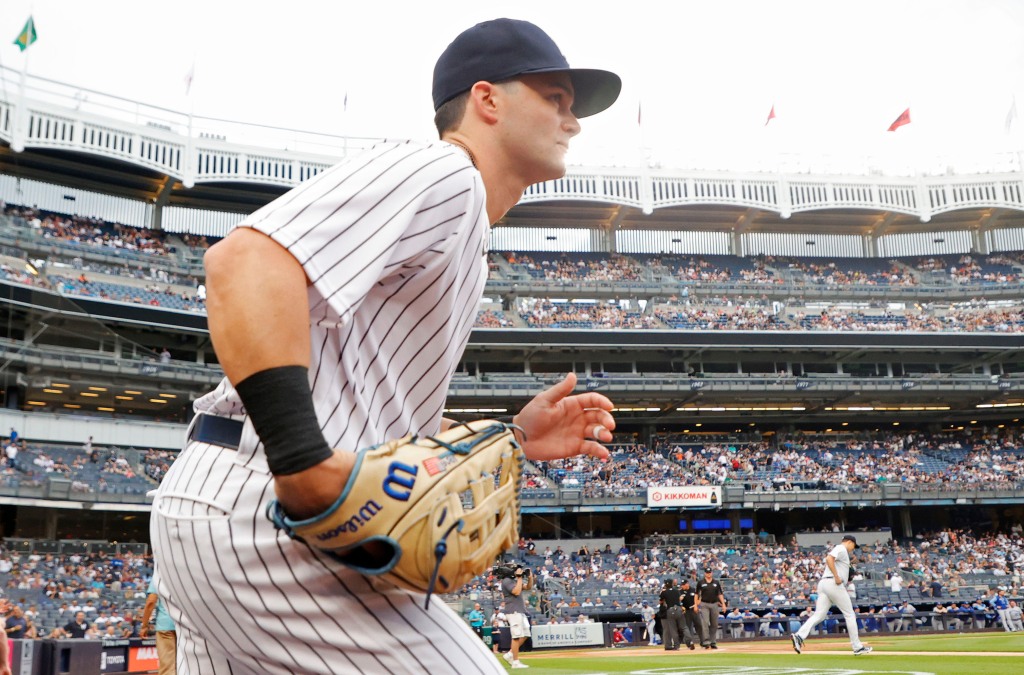 These Yankees know what Andrew Benintendi is going through


Clay Holmes woke up in his Pittsburgh apartment on the morning of July 26 last year and joked with his wife.

“Man, wouldn’t it be crazy if we had to pack this whole place up in a day?” he told her.

“Sure enough, a couple hours later, that’s what we were doing,” Holmes said.

The next morning, the reliever flew to Florida to join the Yankees, who were playing at Tampa Bay and had acquired him in a trade with the Pirates. Two days later, Holmes made his debut and began a two-plus-month sprint to the finish line of a playoff race.

Such is the life of an MLB trade deadline acquisition.

Andrew Benintendi is the latest player in the Yankees’ clubhouse to experience the whirlwind, and by the trade deadline Tuesday, there will likely be more who are faced with uprooting their lives in one city, quickly moving to another and immediately playing in high-stakes games for the rest of the season.

“It’s pretty ruthless,” Anthony Rizzo, who landed with the Yankees in a trade from the Cubs a day before the deadline last year, said Friday. “I got traded two days ago, I’m playing the next day. So there’s no time to pack up. Guys are going to get traded in the next week that are on long road trips that have nothing [with them]. But you maneuver around it. It seems like it always works out.”

Holmes and Rizzo both said they leaned on their wives to take care of the packing and logistics back home, which helped them focus more on baseball.

In Holmes’ case, he was able to separate the on-field and off-field chaos to lean into his craft.

“It can definitely be pretty hectic,” Holmes said. “Different people take it different ways, but for me, it just really made me focus in on when I was getting my work in, you had to make sure you locked in on it. Outside the field, you’re wondering where you’re going to stay, short-term housing, there’s a lot of stuff going on. But when you get to the field, some guys it helps you just to lock in. It can be especially energizing coming to a team that’s in a pennant race and looking to win a World Series.”

Holmes said it took him two to three weeks after the trade to feel settled. Rizzo said he didn’t feel fully settled until this year, after re-signing with the Yankees in the offseason.

“It’s two months of new friendships and teammates,” Rizzo said. “You usually have six weeks in spring training to meet your new teammates. Six weeks from now, there’s only two weeks left in the regular season. But I think the group we have will make it a lot easier to [help him] feel as comfortable as we can as quick as we can.”

Rizzo said this year should be slightly different for newcomers, because the Yankees entered Friday with an 11¹/₂-game lead in the AL East instead of chasing a playoff spot from behind, as they were last year.

Still, the pressure will be on Benintendi to fit in seamlessly on the fly, all while balancing his on-field performance with getting settled in a new city and surroundings.

“You just get comfortable somewhere for a while and then everything’s uprooted,” Rizzo said. “You’re supposed to be inserted into a new place and continue — he [was] hitting .320 in Kansas City. Just come in and [you’re] expected to do that when the only thing that’s the same is the game. Everything else is different.”

It’s a feeling their manager can relate to, 19 years after Aaron Boone was traded from the Reds to the Yankees at the deadline.

“I try to be a sounding board or certainly share my experiences,” Boone said. “There’s real life and finding a place to live and introducing yourself to people and what hitting group am I in? All those kind of routine things you take for granted.”