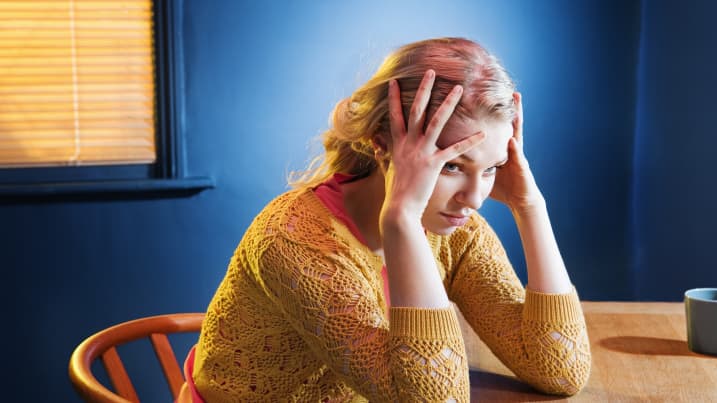 These 26 words can make you sound smarter—but ‘most people use them the wrong way,’ say grammar experts

It has probably happened more than once at work: You wanted to sound smart, so you used a word you thought would impress people — but instead ended up looking like you had no idea what you were talking about.

As hosts of the podcast “You’re Saying It Wrong” and co-authors of several grammar books, we’ve come across many offenders over our years of talking to people about words. These are the “swap-outs” that have the potential to make you sound smarter, but most people use them the wrong way.

Of course, the English language is always changing, and some of the alternatives we suggest avoiding in certain contexts are increasingly becoming accepted. Still, particularly in your professional life, it’s best — and a lot easier — to stick with the traditional standards when speaking or writing.

Big difference, but nowadays the distinctions are getting blurred. So if you want to avoid problems with a grammar purist, make this distinction — or, alternatively, don’t!

We once read something in a business email that made us cringe: “Attached is the explication for…”

Outside of the classroom, you’re better off sticking with explanations instead of explications.

Writing definitive instead of definite, as in “The CFO has set a definitive time for the meeting,” is a common substitution that doesn’t work at all.

The writer meant to say that the CFO set an exact (definite) time for the meeting. But definitive means authoritative, decisive, most reliable, final — as in, “The CFO’s report gives a definitive explanation on why the company’s shares fell.”

This might seem minor, but it bothers a lot of managers: Many people assume disinterested is a fancier way of saying uninterested, but the two words mean different things.

A headline we once read: “Is the new president inheriting an economical crisis?”

And we don’t know the answer. But what we do know is that it should be economic instead of economical. Economical means prudent, efficient or thrifty; economic means relating to the economy.

An acceptable headline could be: “Is the new president inheriting an economic crisis, or will he avoid it by encouraging citizens to be economical?”

“The enormity of her accomplishments impressed the CEO.” Does this sound right? It shouldn’t.

Some might say we’re quibbling, but enormity (although it does indeed mean enormous or large) usually means so in a very negative way — as in, “The enormity of the dictator’s crimes…”

So if you want to praise someone or something, we don’t recommend using enormity to describe their accomplishments.

We once heard a news anchor say, “It was an historical day on Wall Street, the biggest intraday drop ever.” That’s technically correct, but it’s really pushing it.

Every past day is a historical day. But only a few days are historic. Historical merely means “based in history,” so anything that happened in the past is historical and not necessarily news.

Yesterday, we ate a chicken salad sandwich on rye bread. That was historical. Historic means significant, famous or important or famous in history — something like a huge intraday stock market drop.

“This story is so incredible that I was incredulous.” This is the correct way of getting the right distinction between these two words, although many people think that incredulous is just a distinguished way of saying incredible.

We recently saw an employment ad seeking “ingenuous software engineers.” We think the HR department meant “ingenious” — unless they really were looking for engineers who were “innocent,” or who had a “childlike simplicity,” since that’s what ingenuous means.

Ingenious, on the other hand, means very clever or resourceful, which is more of what you’d want in a software engineer.

Methodology is an annoying word that should be kept in its place. But it has oozed into a lot of places, especially into government documents and business annual reports as a substitute for “method,” probably because it sounds official, important … and pretentious.

But avoid using it, unless you’re talking aboutstudying or examining methods. Otherwise, just stick with method.

“Apologies if I’m obviating the obvious.” This is what one sales manager wrote in an email to her staff explaining a breakdown of goals.

Even though it seems that obviate has something to do with the word obvious, it doesn’t. When you make something obvious, you make it clear or easy to understand. When you obviate something, you do away with it or make it unnecessary.

Opportunistic sounds so much like opportune that it’s understandable why we see cheery sales pitches like: “This is an opportunistic time for real estate investors!”

The problem is that opportunistic means something quite different than opportune, and it has negative connotations. Opportunistic means “taking advantage of circumstances without regards to ethics,” while opportune simply means “appropriate for a particular action, or convenient.”

By getting fancy and choosing the five-syllable word over the two-syllable, you’re not saying it’s a great time for something, but saying it’s a time to be unethical. Probably not the point you want to make.

We once saw an ad for “unexceptionable BBQ chicken” at a new restaurant — which, of course, means that you can’t object to the chicken? Waiter, check please!

Kathy and Ross Petras are the brother-and-sister co-authors of “Awkword Moments,”“You’re Saying It Wrong” and “That Doesn’t Mean What You Think It Means.” Their work has been featured in The New York Times, The Washington Post and Harvard Business Review. Follow them on Twitter @kandrpetras.