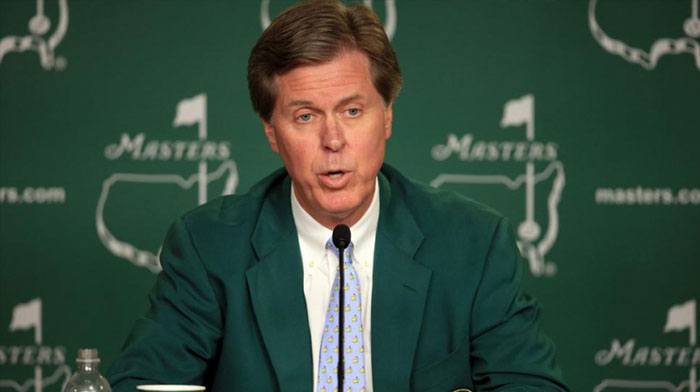 The MLB has officially sealed it’s fate with possibly one of the dumbest moves in sports history.

Their choice to withdraw the All-Star Games from Georgia has been absolutely lambasted, with many citing the fact that their decision actually harms the minority community in Atlanta as it practically decimates the cities economy.

Although now the pressure is on for other sports leagues to follow suit and make a big virtue signalling move, but the Masters Tournament just swatted down their chance to make a grandious political statement and is staying true to Georgia.

THE CHAIRMAN OF AUGUSTA NATIONAL GOLF CLUB AND THE MASTERS TOURNAMENT WALKED A FINE LINE IN HIS FIRST COMMENTS ABOUT GEORGIA’S NEW VOTING LAW.

FRED RIDLEY TOLD REPORTERS ON WEDNESDAY THAT VOTING RIGHTS ARE “FUNDAMENTAL TO WHO WE ARE AS A PEOPLE,” AND WHILE HE DIDN’T SAY IF HE PERSONALLY SUPPORTED OR OPPOSED THE LAW, RIDLEY EXPLAINED THAT THE LEGENDARY COMPETITION WILL STILL GO ON AS PLANNED.

“THE RIGHT TO VOTE IS FUNDAMENTAL IN OUR DEMOCRATIC SOCIETY,” SAID RIDLEY. “NO ONE SHOULD BE DISADVANTAGED IN EXERCISING THAT RIGHT, AND IT IS CRITICAL THAT ALL CITIZENS HAVE CONFIDENCE IN THE ELECTORAL PROCESS.”

“WE REALIZE THAT VIEWS AND OPINIONS ON THIS LAW DIFFER, AND THERE HAVE BEEN CALLS FOR BOYCOTTS AND OTHER PUNITIVE MEASURES. UNFORTUNATELY, THOSE ACTIONS OFTEN IMPOSE THE GREATEST BURDENS ON THE MOST VULNERABLE IN OUR SOCIETY,” RIDLEY SAID, REFERENCING THE CITY OF ABOUT 200,000 PEOPLE WHERE THE TOURNAMENT IS LOCATED.

HE SAID THOSE RESIDENTS ARE THE “VERY FOCUS OF THE POSITIVE DIFFERENCE” THE GOLF CLUB IS TRYING TO MAKE.

DEMOCRATS AND LIBERAL ACTIVIST GROUPS HAVE PUSHED HARD FOR CORPORATIONS TO TAKE A STAND AGAINST THE GEORGIA LAW, WHICH CHANGES SOME VOTING SCHEDULING PROCEDURES, LIMITS THE NUMBER OF ABSENTEE BALLOT DROP BOX LOCATIONS, AND REQUIRES PHOTO IDS IN ORDER TO VOTE ABSENTEE BY MAIL.

Advertisement
Related Topics:FeaturedMasters Tournament
Up Next 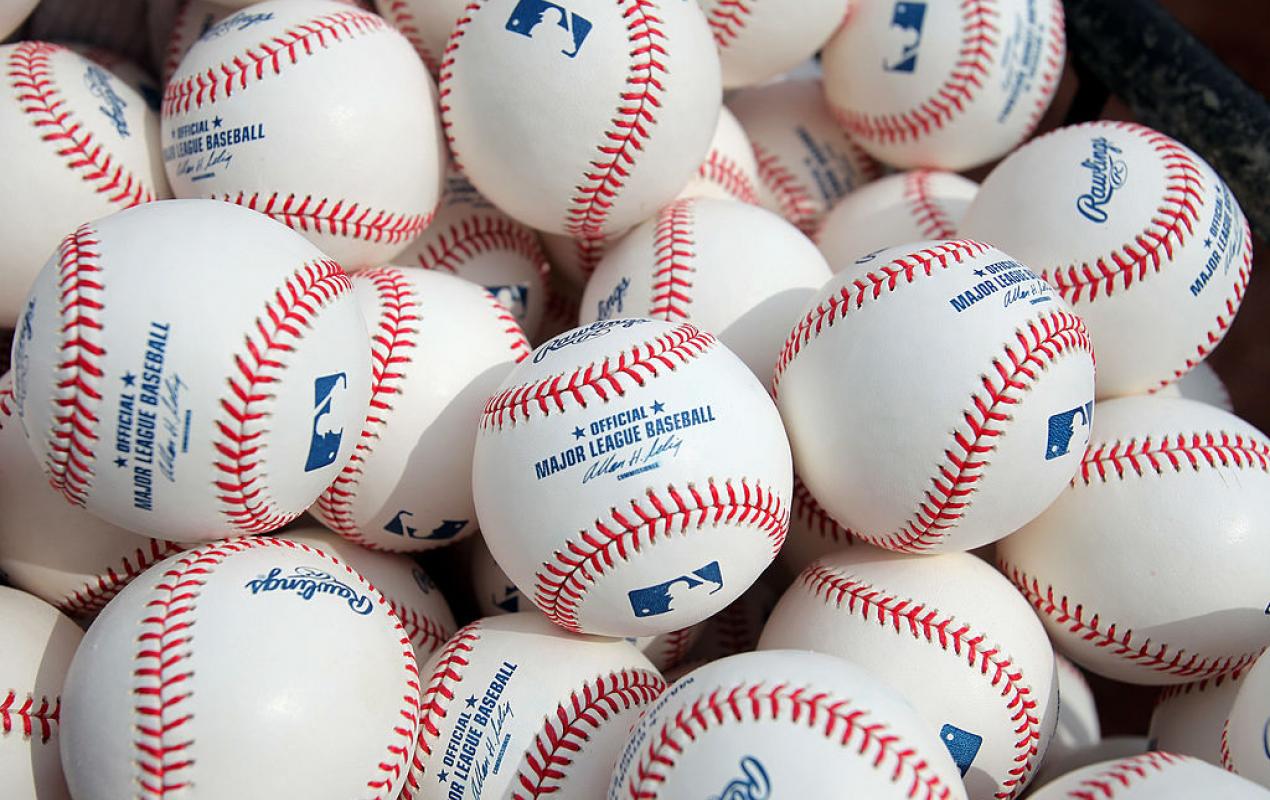 Georgia Republicans are rallying behind the Job Creator Network’s (JCN) lawsuit targeting Major League Baseball for shifting its All-Star Game away from Atlanta in the wake of the Peach State’s passage of election-related legislation.

“On behalf of the Senate Majority Caucus of the Georgia legislature, I write to affirm our collective support of Job Creators Network v. MLB et. al,” Miller noted in a letter to JCN’s attorney Howard Kleinhendler.

The leaders of the Majority Caucus of the Georgia House of Representatives wrote a letter in support of JCN’s lawsuit.

“As elected officials in the nation’s #1 state for business, we hope that the Court will give serious consideration to the facts of this case and understand that if wrongful decisions like the one made by Major League Baseball are permitted to continue, then each and every business in this nation — and the job of every employee — is jeopardized by the whims of a well-funded, ultra liberal political machine that has no regard for facts,” the state lawmakers wrote.

In a letter to Judge Valerie Caproni of the United States District Court for the Southern District of New York, U.S. Rep. Barry Loudermilk declared: “I stand in full support of those calling for MLB to return the All-Star Game to Truist Park, or provide compensation to those who have been financially harmed by its decision to move the game.”

JCN in a May 31 press release announced that it had “filed a lawsuit in federal court in New York against Major League Baseball, MLB Commissioner Rob Manfred and Major League Baseball Players Association, and Executive Director Tony Clark. The suit, filed in U.S. District Court for the Southern District of New York, demands the immediate return of the Major League Baseball All-Star Game to Atlanta or that defendants pay $100 million in damages to local and state small businesses – many of which are minority-owned and still recovering from Covid-19 losses,” JCN said

“JCN’s suit demands the immediate return of the All-Star Game to Atlanta or payment by the defendants of $100 million in damages to local and state small businesses – many of which are minority-owned and still recovering from Covid-19 losses,” according to a JCN press release which notes that a hearing in the case is scheduled to occur on June 10. “The defendants are MLB, MLB Commissioner Rob Manfred and the Players Association, and Executive Director Tony Clark,” the group said.

The MLB pushed back against the suit In a recent court filing that said the “Court’s time should not be wasted on political theatrics.”

The filing stated that JCN “brought this case as the latest step in its publicity campaign against Major League Baseball (“MLB”) and MLB’s Commissioner Robert D. Manfred Jr. for deciding not to hold the 2021 All-Star Game in Atlanta following the passage of a Georgia law, commonly referred to as SB 202, that has been widely criticized as restricting voting rights. JCN has been vocal in opposing MLB’s decision, but that does not give it a basis for federal civil rights claims. Moreover, despite its claims of exigency, JCN spent the last two months putting up billboards in Times Square and running inflammatory advertisements in The New York Times. When its publicity campaign had no effect, JCN decided to sue, but this Court’s time should not be wasted on political theatrics,” the filing stated. 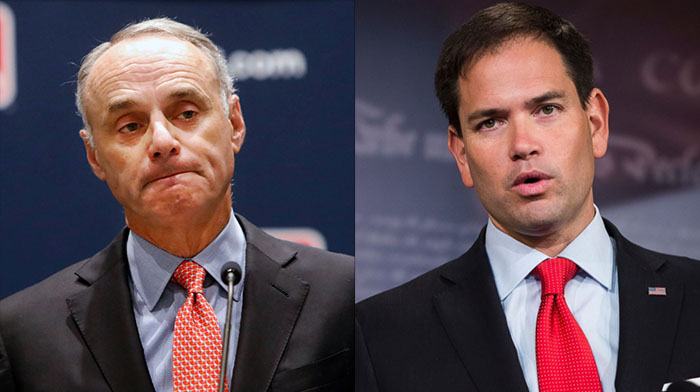 The MLB recently made a big political grand stand, and boy, oh boy is it blowing up in their face.

The instant blow back that they’re suffering is so bad that they could give the NFL a run for it’s money.

Several top law makers are absolutely shredding the MLB’s decision to pull the All Star Game out of Atlanta, GA after the state decided to require an ID to vote.

Apparently that goes against the MLB’s “values,” but like many have pointed out, the league seems to only have values when money isn’t involved, because if that were the case, they would’ve parted ways with China a long time ago.

And Marco Rubio just pointed out another big inconsistency in their values as the MLB commissioner Bob Manfred still belongs to the prestigious Georgia’s Augusta National Golf Club.

“I AM UNDER NO ILLUSION THAT MAJOR LEAGUE BASEBALL WILL SACRIFICE BUSINESS REVENUE ON BEHALF OF ITS ALLEGED CORPORATE VALUES,” RUBIO SAID. “SIMILARLY, I AM UNDER NO ILLUSION YOU INTEND TO RESIGN AS A MEMBER FROM AUGUSTA NATIONAL GOLF CLUB. TO DO SO WOULD REQUIRE A PERSONAL SACRIFICE, AS OPPOSED TO THE WOKE CORPORATE VIRTUE SIGNALING OF MOVING THE ALL STAR GAME FROM ATLANTA.”

“TAKING THE ALL-STAR GAME OUT OF GEORGIA IS AN EASY WAY TO SIGNAL VIRTUES WITHOUT SIGNIFICANT FINANCIAL FALLOUT. BUT SPEAKING OUT AGAINST THE CHINESE COMMUNIST PARTY WOULD INVOLVE A SIGNIFICANT LOSS OF REVENUE AND BEING CLOSED OUT OF A LUCRATIVE MARKET.” RUBIO CONCLUDED.

“WE ARE TRYING TO BUILD BACK FROM A PANDEMIC THAT HAPPENED LAST YEAR, AND SOMETHING LIKE THIS IS NOT GOOD FOR BUSINESS,” RODNEY TOLD FOX 5 WAGA.

THE ECONOMIC IMPACT MAY FALL SOMEWHERE BETWEEN $37 MILLION AND $190 MILLION. “SOME DISPUTE THE HIGH-END OF THOSE PROJECTIONS, IT’S SAFE TO SAY THE CITY – ESPECIALLY LOWER-WAGE WORKERS WHO WOULD HAVE WORKED THE EVENT – WOULD HAVE BENEFITED GREATLY,” BREITBART NEWS REPORTED.

We’ll have to wait and see if Manfred is ready to put his money where his mouth is and drop his fancy golf club. 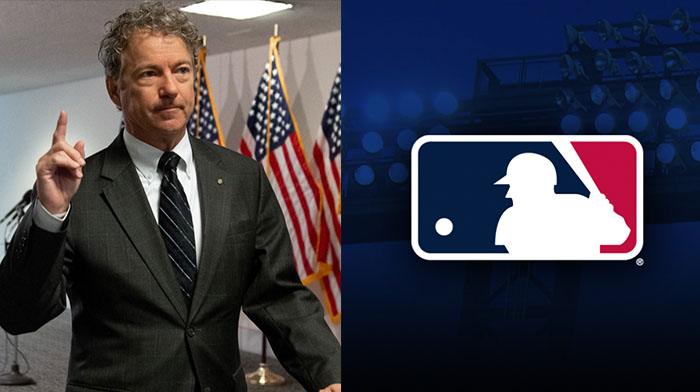