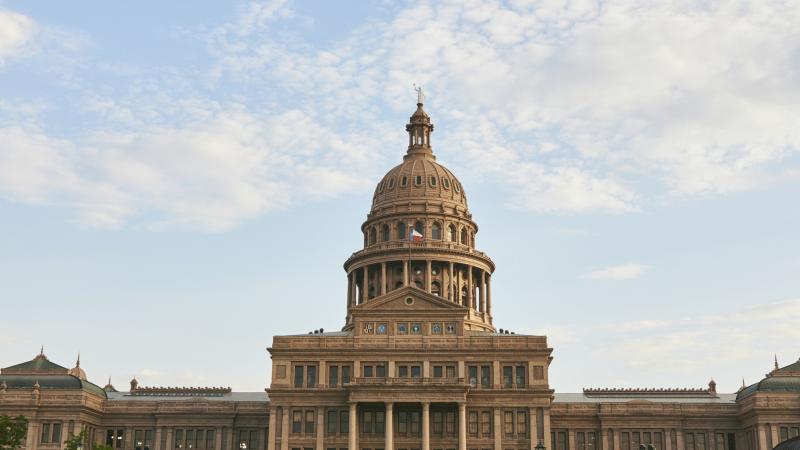 The governor and attorney general requested the court reverse an appeals court ruling that upheld a lower court’s decision to allow a mask mandate issued by San Antonio ISD, the city, and Bexar County to stay in effect.

Paxton’s office filed for a stay of the lower and appeals courts rulings, arguing that irreparable harm was being caused by the growing list of local mandates in defiance of the governor’s order banning mask mandates, “as it is enabling numerous municipalities to issue different responses to the disaster.”

Paxton also said, “the Governor lacks an adequate remedy by appeal. Every moment the temporary injunction remains in effect, localities will continue to flout GA-38.”

In response to the Texas Supreme Court’s ruling, Paxton said it “has sided with the law, and the decision to enforce mask mandates lies with the governor’s legislatively-granted authority. Mask mandates across our state are illegal, and judges must abide by the law. Further non-compliance will result in more lawsuits.”

In a slightly more than one-page statement, the Texas Supreme Court granted the state’s emergency motion for temporary relief, and stayed the ruling of the Court of Appeals for the Fourth Judicial District, dated August 19, 2021, “pending further order of this Court.”

It ruled, “As we previously held in staying the trial court’s temporary restraining order in the underlying case, the court of appeals’ order alters the status quo preceding this controversy, and its effect is therefore stayed pending that court’s decision on the merits of the appeal.”

Referring to a 2004 case, the court said, “This case, and others like it, are not about whether people should wear masks or whether the government should make them do it. Rather, these cases ask courts to determine which government officials have the legal authority to decide what the government’s position on such questions will be. The status quo, for many months, has been gubernatorial oversight of such decisions at both the state and local levels. That status quo should remain in place while the court of appeals, and potentially this Court, examine the parties’ merits arguments to determine whether plaintiffs have demonstrated a probable right to the relief sought.”

In response, Bexar County District Attorney Joe Gonzales said, “While I am personally disappointed in the order handed down today by the Texas Supreme Court, I will continue to do all that I can to fight for the health, safety and welfare of the citizens of Bexar County. We are continuing to work with the City of San Antonio to determine the next steps in light of the order issued today.”

While several San Antonio area school districts have enacted mask requirements or have not yet reversed their policy of doing so, North East Independent School District said roughly 10 days ago that “face coverings for NEISD students and staff is optional.”

However, the district “strongly encourages everyone to wear a mask inside all district facilities in order to help prevent the spread of COVID-19,” it says.

On Wednesday, the CEOs of American Airlines, Delta Airlines, United Airlines, Southwest Airlines, and other major carriers sent a letter to Joe Biden urging him to end federal mask mandates on airplanes as well as international pre-departure testing requirements. Citing scientific data, the airlines implore Biden to lift the travel restrictions on airlines so the US travel and tourism sectors no longer needlessly struggle.

In the letter, the CEOs explain that they have followed all instructions regarding Covid-19 policies thus far, but request that now their companies are able to follow the scientific evidence and data that show we are no longer in a severe state of this pandemic.

“Our industry has leaned into science at every turn. At the outset, we voluntarily implemented policies and procedures… to form a multi-layered approach to mitigate the risk and prioritize the wellbeing of passengers and employees.”

It then continues to argue that the situation, and scientific recommendations, have drastically changed and it is time to start recognizing these facts:

“However, much has changed since these measures were imposed and they no longer make sense in the current public health context… Given that we have entered a different phase of dealing with this virus, we strongly support your view that “COVID-19 need no longer control our lives.

Now is the time for the Administration to sunset federal transportation travel restrictions – including the international predeparture testing requirement and the federal mask mandate – that are no longer aligned with the realities of the current epidemiological environment.”

The CEOs are insisting in this letter that the Biden administration consider the negative impact the unnecessary federal mandates have on the US travel and tourism industries. They even quote Biden himself in saying that “Covid-19 need no longer control our lives”, pressing him to follow through on what he says.

While the US maintains all travel restrictions, the UK, EU, and Canada have all done away with the futile mandates. “The U.S. inconsistency with these practices creates a competitive disadvantage for U.S. travel and tourism by placing an additional cost and burden on travel to the U.S.,”  the airlines argue.

The letter asserts that it “makes no sense that people are still required to wear masks on airplanes, yet are allowed to congregate in crowded restaurants, schools and at sporting events without masks.”

The airline CEOs even advocate for the well-being of their employees that are made to enforce these mandates on the aircraft, which has been impacting their personal wellness.

They emphasize that it is “critical to recognize that the burden of enforcing both the mask and predeparture testing requirements has fallen on our employees for two years now. This is not a function they are trained to perform and subjects them to daily challenges by frustrated customers. This in turn takes a toll on their own well-being.”

Finally, the letter also points out that those who still wish to wear masks for their own protection are more than welcome to do so, especially considering the “availability of high-quality masks”. In addition to the masking, airplanes also have “hospital-grade cabin air”, which is stressed in this letter.

Biden has not yet issued a response to this request.

HUGE! Rand Paul Pushes Bill Through To End Mask Mandate For Public Transportation With Bipartisan Support… You Won’t Believe Which RINO Voted Against it

In another step towards pushing back against Covid tyranny in the United States, a bill sponsored by Senator Rand Paul (R-Ky.) was passed with bipartisan support in the Senate that would get rid of mask mandates on public transportation.

The bill was supported by eight Senate Democrats and all but one Senate Republican.  Senator Mitt Romney (R-Ut.) voted against lifting the mandates.

President Biden is likely to veto the bill as his administration plans to extend the mask mandate until April 18th when it will be reviewed.

Democratic Senator Tim Kaine, who was a leading advocate against the bill to repeal the mandate, said he opposed the bill because it would prevent the CDC from imposing future mandates if there was another upsurge in Covid-19.

The bill still will now move to the House for a vote, where other bills to repeal Covid restrictions have remained in limbo.

“The Senate on Tuesday voted to nix a requirement to wear masks on public transportation as the country rolls back coronavirus rules and restrictions.

Senators voted 57-40 on the resolution, which would reduce Centers for Disease Control and Prevention (CDC) requirements that most people wear masks on public transportation, including trains, airplanes and buses.

Hassan, Kelly, Bennet and Cortez Masto are up for reelection in November. Sen. Mitt Romney (R-Utah), who is not, was the only GOP senator to vote against the resolution.

Despite the win for Paul, the resolution is likely to hit a wall in the House. It would also need to overcome a likely veto by President Biden.

“We have it within our power today to ensure the American people that we are irreversibly going back to normal,” Paul said during a floor speech.”

BRILLIANT! With ONE Click, Over 1 MILLION Americans Will Contact Congress Over Next 24 Hrs To DEMAND They Defund Biden’s Vax Mandates…Here’s How YOU Can Help In Under 30 Seconds!

Americans are cheering on the truckers in Canada, while asking ‘What can we do in America to stop the attacks on our freedoms?”

WE HAVE GREAT NEWS!

Americans for Limited Government is here to help!

They are generating 1,000,000 emails to congress in the next 48 hours to defund Biden’s vaccine mandates & protect medical freedom!

In the days ahead, both the House and Senate will be voting to fund the federal government and this is the place to make a stand. 41 Senators can filibuster any funding bill which pays for enforcement of the Biden Vax Mandates.

Congress needs to hear from you right now!

Demand that they defund the mandates!

The pressure inside the swamp to go along with funding Biden’s attack on our personal liberties is intense. EVERY MEMBER OF THE HOUSE AND SENATE NEEDS TO HEAR FROM YOU RIGHT NOW!

Email them ALL in less than 30 seconds by simply clicking HERE.

Here’s a message from Rick Manning, president of Americans For Limited Government:

“The Biden administration’s medical tyranny is arguably one of the most disgusting governmental overreaches in our nation’s history. Conservative leaders in Congress like Senators Rand Paul, Ted Cruz, Mike Lee, and Congressmen like Chip Roy are leading a fight to defund Biden’s vaccine mandates, but they can’t do it alone. The pressure to ‘go along’ in the swamp is intense and it will take millions of Americans standing up and saying enough is enough. Americans for Limited Government is on a mission to generate more than 1,000,000 emails to Congress to help defund the mandates. There are very few instances in history when the voice of everyday hardworking Americans has been more important. This is one of those times. Join our movement at DefundTheMandates.com and tell Biden to stay the hell out of our personal medical choices.”

You can sit on social media and complain, or you can take 30 seconds from your day and help to send shockwaves through the Swamp with over 1,000,000 emails to every member of Congress.

Join the patriots of America and take action to stop the CCP virus tyranny!