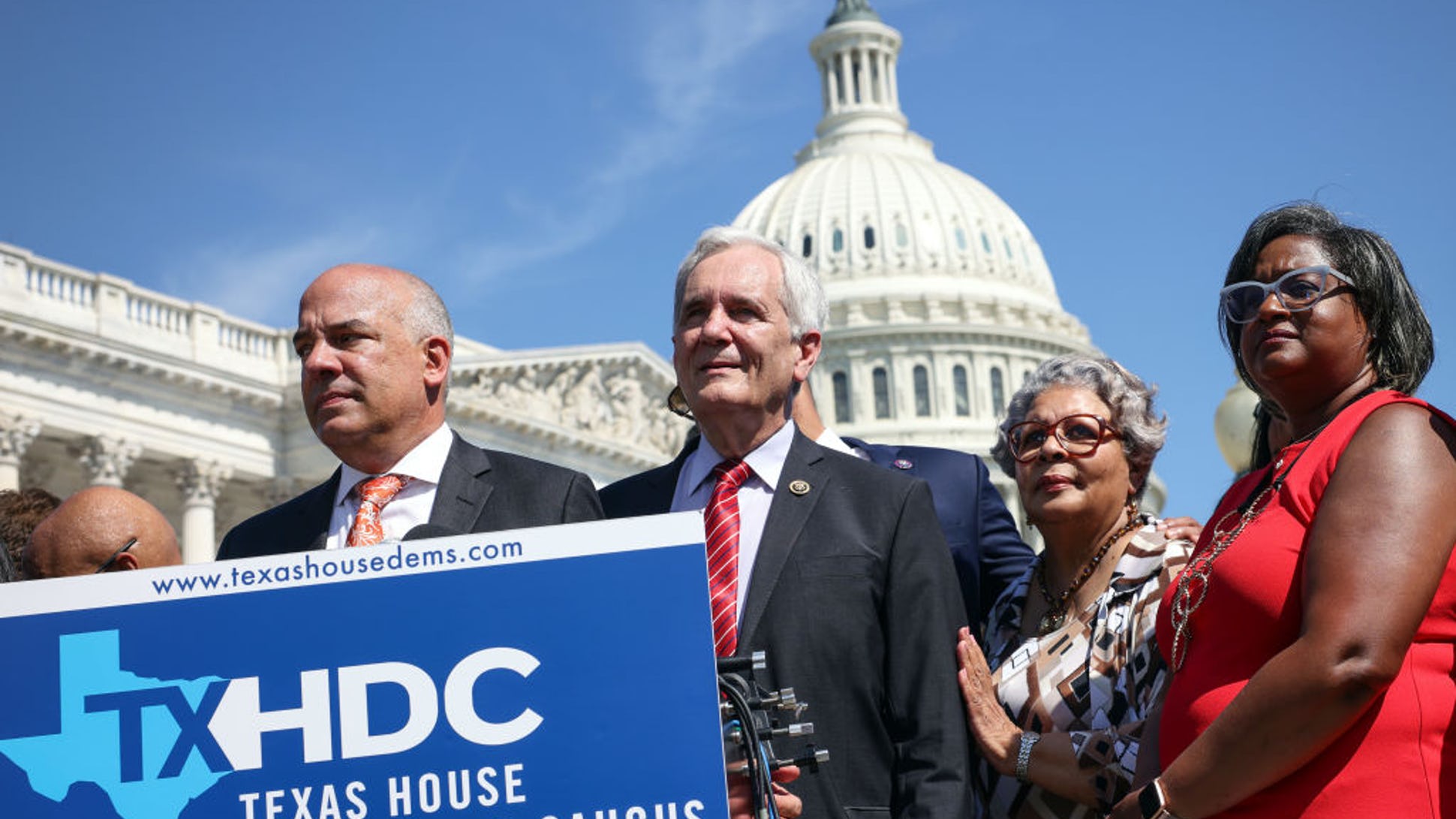 The Texas Democrats who subverted democracy by fleeing the state in order to avoid voting on a bill that would require voters to show identification before voting are now suing Gov. Greg Abbott (R-TX) and others, claiming their rights have somehow been violated.

Attorney Gabriel Malor pointed out on Twitter that the lawsuit doesn’t make sense, and said that “Texas pleading standards must be pretty loose [because] it’s hard to tell what they’re actually suing for.”

For example, the Texas House Democrats claim the following:

Plaintiffs re [sic] victims of a discriminatory scheme to violate their Constitutional Right to Assemble to redress grievances; speak; vote; travel, persuade members of the Congress of the United States to help support them in their quest to obtain and maintain all of the rights guaranteed to them and their constituents and the class they represent. All because of their protected status.

This suit arises out of deliberate acts of status discrimination, as well as discriminatory policies, customs, and practices, perpetrated by Defendants against Plaintiffs and the putative class, that have disparately impacted all persons of each individual Plaintiff’s status group. The claims in this suit also include damages resulting from actions taken against Plaintiffs because of their status.

The lawsuit doesn’t actually make any specific claims, it just keeps saying that Abbott and others have conspired to violate the Texas Democrats’ rights, without saying exactly what they have done. At one point, the lawsuit claims the defendants “have embarked upon a course of action, scheme, conspiracy, and course of conduct, by public statements and otherwise to attempt to deny, coerce, threaten, intimidate and prevent Plaintiffs” from being able to vote, peacefully assemble to redress their grievances, speak publicly about these issues, freely assemble, and feeling secure, yet they provide no evidence that Abbott or others have denied them these rights.

Quite the opposite, as the Texas Democrats’ social media timelines are filled with examples of how they were able to exercise these rights, by fleeing the state on a chartered plane and freely moving about Washington, D.C. There are even reports that some of the members who fled are now vacationing in Portugal.

The Democrats are represented by Craig A. Washington, an attorney with a sordid past. The Houston Press reported in 2015:

In 2009, the dapper bow tie-sporting lawyer admitted in court to illegally shooting a couple of teenagers who were looking for a parking spot in his private Midtown lot (bullets hit the car but the boys were unharmed). Then, after being sentenced to two years of probation for the offense, Washington sued both teenagers in civil court for about $600,000 each. Right around that time, Washington just so happened to be fighting a lawsuit from the IRS seeking more than $600,000 in unpaid taxes.

All the while, Washington fought complaints by former clients and disciplinary filings by the State Bar of Texas alleging several instances of attorney misconduct. After fighting those allegations for many years, early this month Washington was finally suspended from practicing law for 18 months.

Despite no explanation as to how Abbott or other Texas Republicans actually violated their rights, the Texas Democrats are demanding a judge grant them damages and “Enjoin the Defendants from doing any act which does or violates Plaintiffs’ Constitutional Rights.”

Advertisement
Related Topics:FeaturedPoliticsTexas
Up Next