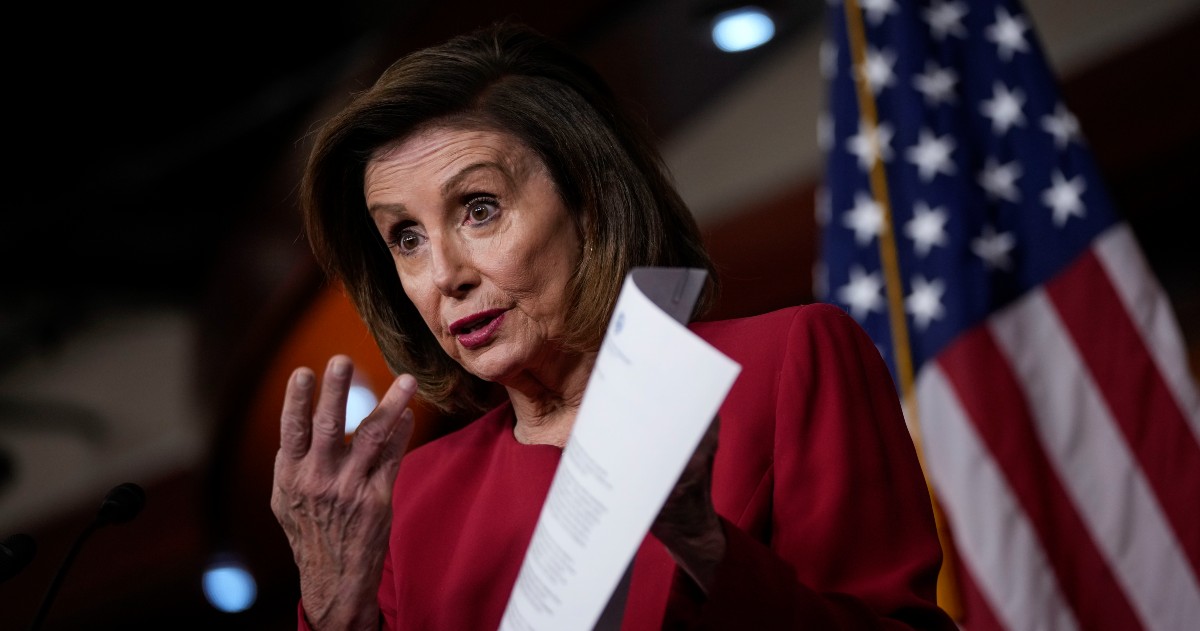 The Supreme Court has refused to hear an appeal by Washington, D.C., residents seeking a voting member in the U.S. House of Representatives.

The nation’s highest court on Monday affirmed a lower court ruling that said District of Columbia residents are not entitled to voting representation in the House.

Residents had asked the high court to hear the issue. The court’s four-sentence order cited a case from 2000 in which the justices said the same thing.

“Residents of the District of Columbia are the only adult American citizens subject to federal income taxes who lack voting representation in Congress, except for felons in some States,” lawyers for the residents wrote in legal papers.

Earlier this year, the Democrat-controlled U.S. House of Representatives voted 216-208 to pass a bill that would grant statehood to Washington, D.C.

During an interview at the time on Newsmax, Texas GOP Rep. Louie Gohmert revealed the sneaky reason Democrats did this: unlimited power grab.

Gohmert said Democrats’ push for statehood for D.C. is based on an argument of “no taxation without representation.”

“They’re right: This should not be taxation without representation,” Gohmert said, noting other U.S. territories like Puerto Rico, Guam, and the U.S. Virgin Islands do not pay federal income tax because they do not elect a full voting representative.

“When I realized that, I filed a bill that would eliminate federal income tax for people in the District of Columbia,” he added to host Carl Higbie. “But even Eleanor Holmes Norton will not sign on to my bill, and no Democrats will.”

“If they were not, they would get on my bill,” he said.

“So the Democrats are supporting taxation without representation, not Republicans,” he added.

H.R. 51, otherwise known as Washington, D.C. Admission Act, would give the district two senators and a voting representative in the House.

The new state would be called “Washington, Douglas Commonwealth” in honor of abolitionist Frederick Douglass.

It would exclude federal buildings and monuments, and federal territory would be known as the Capital.

Under the plan, the 51st state would be called “Washington, Douglass Commonwealth,” named for Frederick Douglass.

Washington, D.C is as reliably Democrat as California, New York City, and other big cities.

Making the nation’s capital a state would give the Democrats two more Senate seats and one more representative in the House.

It is about giving the Democrats more power, no matter what they say to make it sound like a good idea.

Here’s the good news: it’s highly unlikely the bill will ever pass in the Senate.

With the legislative filibuster still in place, the statehood bill would require 60 votes in the Senate to advance.

Democrats would need to vote with a simple majority — all 50 Senate Democrats plus Kamala Harris breaking the tie as the vice president — to end the filibuster.

However, two Democrats — Sens. Joe Manchin of West Virginia and Kyrsten Sinema of Arizona — are already on record recently saying they will not support ending the filibuster.

An editorial from the Washington Times published in 2019 details why making D.C. the 51st state would be a bad idea.

It’s nothing more than Democrats looking for a new way to grab more power to help them get more far-left policies and legislation passed in Congress.