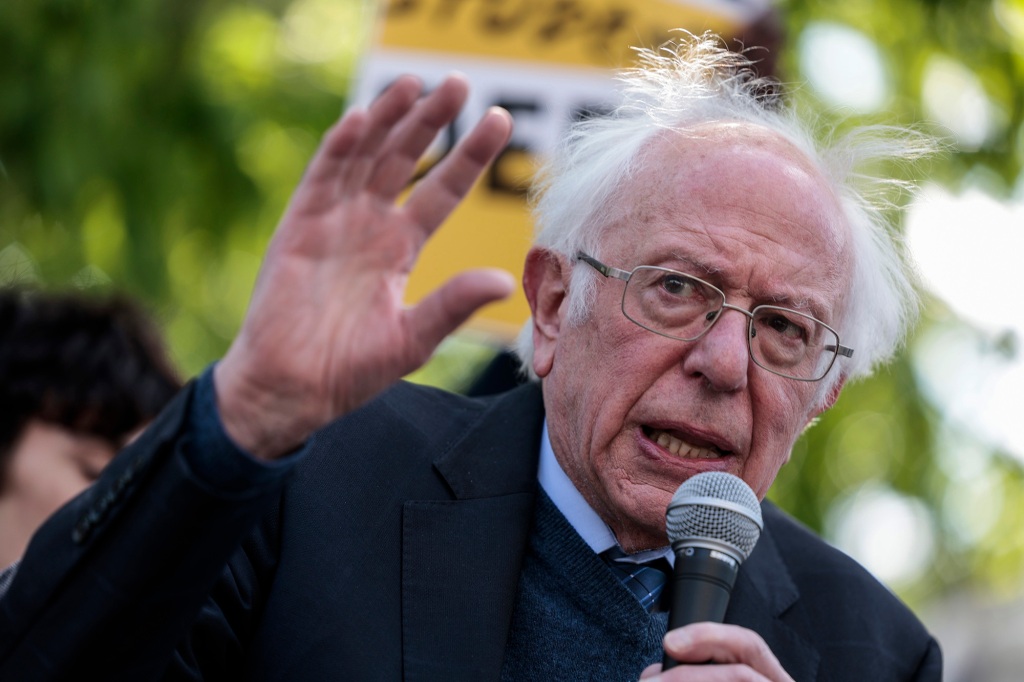 
Socialist Sen. Bernie Sanders (I-Vt.) has warned Democrats that the party is on course for a heavy defeat in the November midterm elections barring a quick course correction.

“The Republicans stand an excellent chance of gaining control of the House and quite possibly the Senate,” ​Sanders, who unsuccessfully ran for the Democratic presidential nomination in 2016 and 2020, told Politico in an interview published Thursday.

The White House and Democrats in Congress have charged that Republicans have no plan to correct a series of crises facing the country except to raise taxes on low-income Americans. But Sanders said Thursday that line would not fly with an angry public.

“You really can’t win an election with a bumper sticker that says: ‘Well, we can’t do much, but the other side is worse,’” he said.

According to Sanders, Democratic candidates might get a slight polling bump due to outrage over Republican opposition to most gun control measures after recent mass shootings in Buffalo and Uvalde, Texas — as well as a potential Supreme Court decision to overturn Roe v. Wade.

However, he added, if Democrats “think that they’re ​going to march to victory based on those issues, I think that that is not correct.”

Several factors are working against Democratic plans to retain control of Congress for another two years.

​At​ the same time, President Biden is drowning under historically low job approval ratings — as low as 35% in a recent Quinnipiac University survey.

Meanwhile, sky-high gas prices, annual inflation rates hovering around 40-year highs, a migration crisis at the US-Mexico border and a mishandled baby formula shortage has Americans stewing over just how bad things can get.

Sanders, 80, suggested that Democrats acknowledge that its agenda is hamstrung by Sens. Joe Manchin (D-WV) and Kirsten Sinema (D-Ariz.), who refuse to buck the 60-vote filibuster in the 50-50 chamber.

“​Say to the American people: ‘Look, we don’t have the votes to do it right now. We have two corporate Democrats who are not going to be with us,’” Sanders said.

“The leadership has got to go out and say, ‘We don’t have the votes to pass anything significant right now. Sorry. You got 48 votes. And we need more to pass it.’ That should be the message of this campaign​,” he added. ​​

Democrats came together to pass the $1.9 trillion COVID-19 relief bill ​in 2021, but the sprawling Build Back Better Act that included funds for climate change and social spending projects was effectively shut down by Manchin.​

“Two corporate Democrats, Sen. Manchin and Sen. Sinema, sabotaged [Build Back Better]. And it has been downhill ever since for the Democratic Party​,” Sanders said. ​

Sen. Elizabeth Warren (D-Mass.) shared Sanders’ gloomy outlook for November and told Politico that her colleagues need to ​”make clear to the American people that we need two more Democrats in the United States Senate.”

Amid all the hand-wringing on Capitol Hill, the Biden White House is described as being “adrift” and the president is frustrated that aides are failing to successfully promote the administration’s accomplishments. ​

The president is also ​reportedly irked that his staff members repeatedly seek out media members to try to “clarify” recent comments about hot-button foreign policy issues like Russia’s invasion of Ukraine and China’s menacing of Taiwan.

“I don’t know what’s required here,” House Majority Whip James Clyburn (D-SC), an early supporter of Biden in the 2020 presidential race, recently told NBC News. “But I do know the poll numbers have been stuck where they are for far too long.” ​