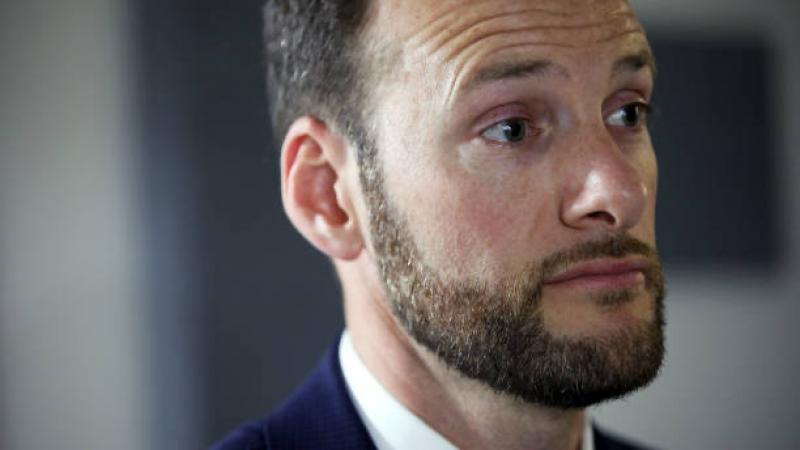 Elections officials on Tuesday certified the petition to remove the district attorney, announcing plans to hold the recall election on June 7, 2022 – the same date as the statewide primary election.

Recall organizers submitted over 83,000 signatures in support of the recall, which was about 32,000 more than required, according to the San Francisco Chronicle. Thus far, recall proponents have raised about $1.6 million, while supporters of the district attorney have raised about $650,000, KTVU reported.

Boudin, a former public defender, has faced a tough tenure since being elected in Nov. 2019. Since taking office in January 2020, Boudin has been accused of having policies that are too relaxed, which detractors say have led to an uptick in property crime in the city, according to the San Francisco Chronicle.

Advertisement
Related Topics:FeaturedPoliticsSan Francisco
Up Next 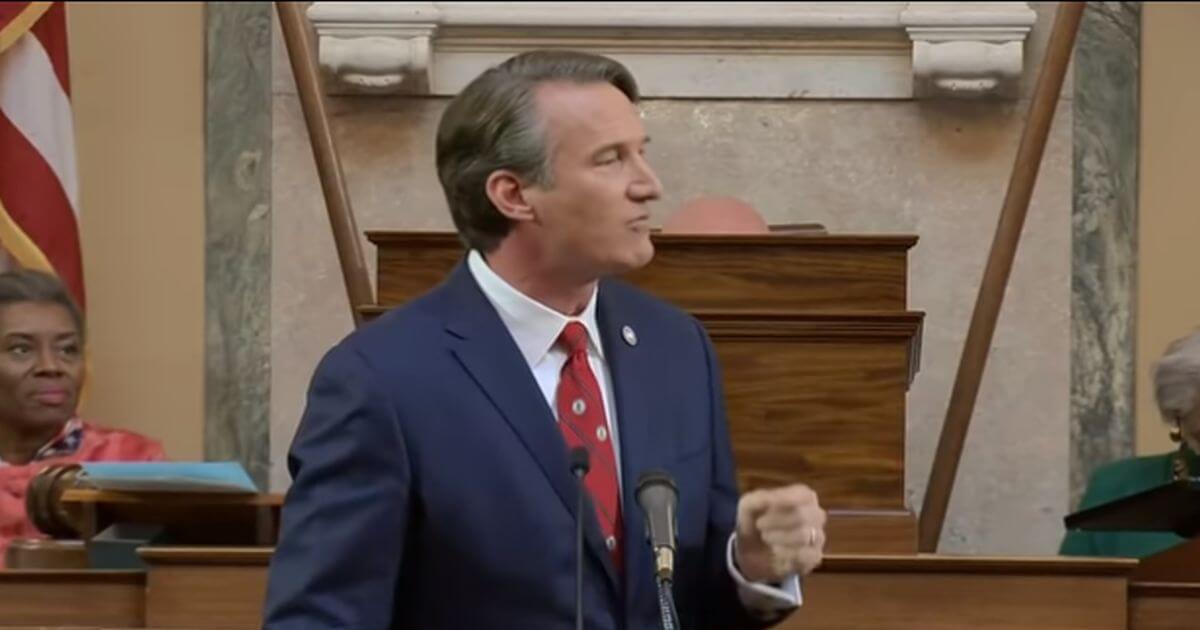 One gets used to watching things like the annual State of the Union address where the president says something his party’s lawmakers like and they applaud and maybe stand while the opposition sits and sulks.

It’s political theater — theater that is sometimes funny, sometimes a trigger for eye-rolling and sometimes inspiring.

And sometimes the theater sends a message that is alarming.

That was the case when Virginia’s new Republican governor, Glenn Youngkin, delivered his State of the Commonwealth address to a joint session of the state’s General Assembly on Monday in Richmond.

In his speech, Youngkin called for raises for teachers. As expected, Republicans and Democrats alike rose and applauded.

He then said parents are responsible for their children’s education and care and the state will protect that.

“We must also recognize that the people most responsible for a child’s education are parents,” the new governor said.

“My message to parents is this: You have a fundamental right enshrined in law by this General Assembly to make decisions with regard to your child’s upbringing, education and care, and we will protect and reassert that right,” he said.

On the Republican side of the assembly: a standing ovation. On the Democrat side: crickets.

Obviously, Democratic lawmakers are opposed — as are their comrades in the Justice Department who suggested parents who are deeply concerned with their children’s education might be domestic terrorists.

Yet, in their silence, look what these Democrats are protesting: the right of parents to decide their child’s “upbringing, education and care.”

That covers just about everything, including how parents make judgments during the COVID-19 pandemic.

To be fair, Democrats might have been sitting on their hands because their guy, Terry McAuliffe, before being defeated at the polls by Youngkin in November, had literally said, “I don’t think parents should be telling schools what they should teach.”

It might just be a sore point with them, especially rubbed in because Youngkin is on his way to fulfilling his campaign promises.

And I might add a correction to something the governor said about parents’ rights to their children’s education being “enshrined in law” by the state legislature.

Those rights don’t come from the Virginia General Assembly or from any other government.

They are rights from God, indeed, an obligation from him to continually teach of him and his law as outlined in the Bible in Deuteronomy 6.

Experts in education may protest, but they don’t have much of a track record, as Youngkin made clear when he told the Assembly, “Our education standards for math and reading are now the lowest in the nation.”

The governor also has also signed a directive to remove critical race theory from Virginia schools, telling lawmakers it was “inherently divisive.”

“We should not be teaching our children to see everything through a lens of race,” he said.

Youngkin also said he wanted to give parents the right to be informed before their children were exposed to sexually explicit material.

It used to be that educators wanted parents to be involved in their children’s education. Now they tell parents to go away.

Youngkin is taking a different view. “When parents are empowered and parents are engaged, a child’s life is enhanced,” he said.

“I’ve heard the concerns of parents about curriculum. Virginia’s parents want our history — all of our history, the good and the bad — to be taught, and they want their children to be taught how to think, not what to think,” the governor said.

The response on the Republican side to that statement: a standing ovation. On the Democrat side: silence, except for perhaps four legislators who stood and applauded.

Given those few brave Democrats and the Youngkin gubernatorial victory, perhaps beleaguered Virginia parents can begin to feel better than they have in recent years.

But in today’s climate, they can never relax. 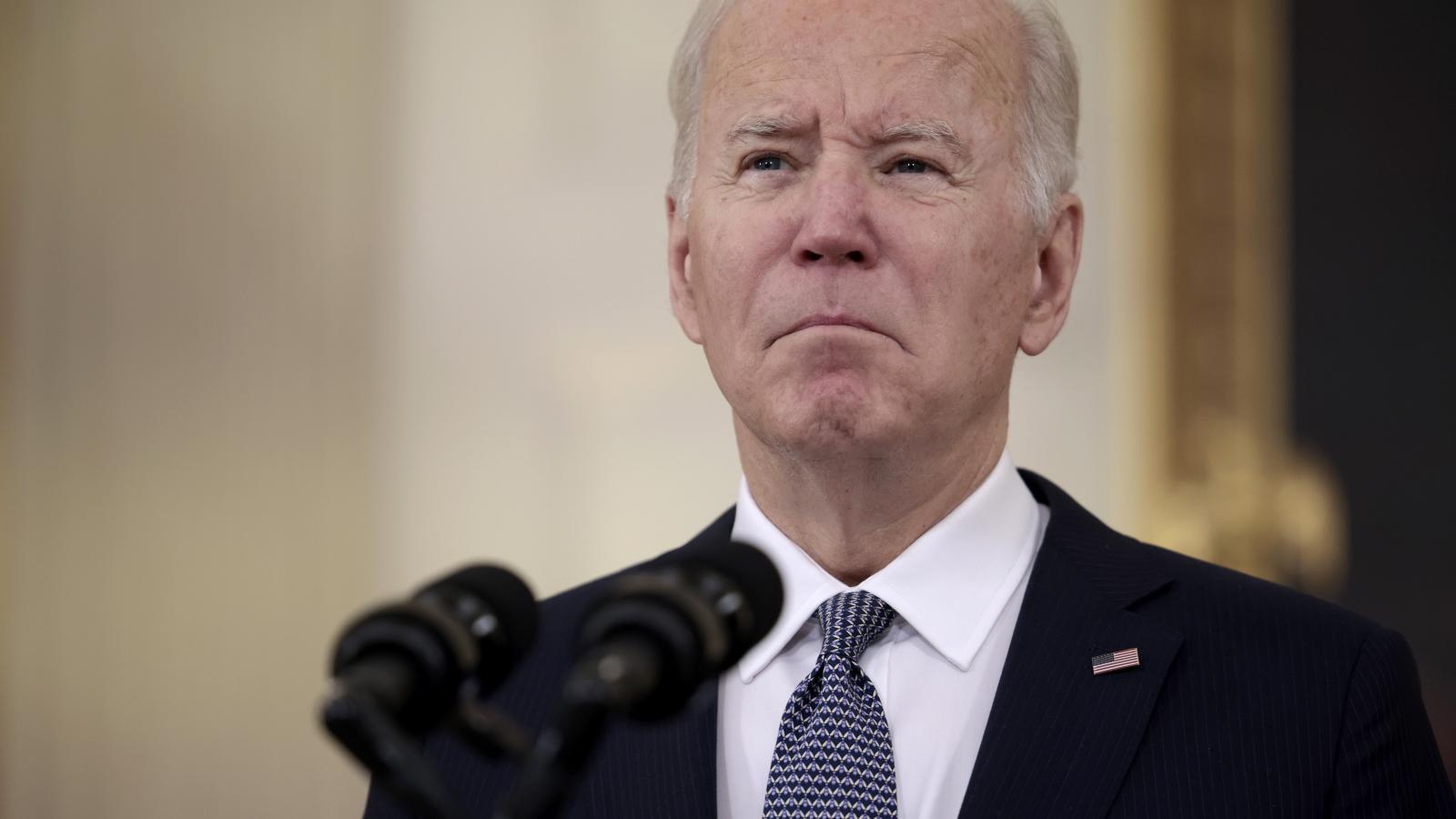 Newly released polling shows that America has undergone a major political shift in the past year amid economic challenges, the ongoing pandemic and a series of bills and mandates out of Washington, D.C.

Gallup released polling showing that during 2021, millions of Americans switched from an affiliation with the Democratic party to the Republican party. Gallup reports “a nine-percentage-point Democratic advantage in the first quarter to a rare five-point Republican edge in the fourth quarter.

“Both the nine-point Democratic advantage in the first quarter and the five-point Republican edge in the fourth quarter are among the largest Gallup has measured for each party in any quarter since it began regularly measuring party identification and leaning in 1991,” Gallup said.

Even after the shift, though, 46% of Americans still identify with the Democratic party, compared to 43% with the Republican party.

Gallup laid out how those numbers have changed over recent months.

“Democrat Joe Biden enjoyed relatively high ratings after taking office on Jan. 20, and his approval stayed high through the early summer as COVID-19 infections dramatically decreased after millions of Americans got vaccinated against the disease,” Gallup said. “A summer surge of infections tied to the delta variant of the coronavirus made it clear the pandemic was not over in the U.S., and Biden’s approval ratings began to sag. Later, the chaotic U.S. withdrawal from Afghanistan caused Biden’s ratings to fall further, into the low 40s.

“His ratings remain low as the U.S. battles rising inflation and yet another surge of COVID-19 infections, tied to the omicron variant of the virus,” Gallup added.

The poll also found 39% approve of Biden’s work on the pandemic, while 55% disapprove.

Even among Biden’s own party, he has lost a measure of support. 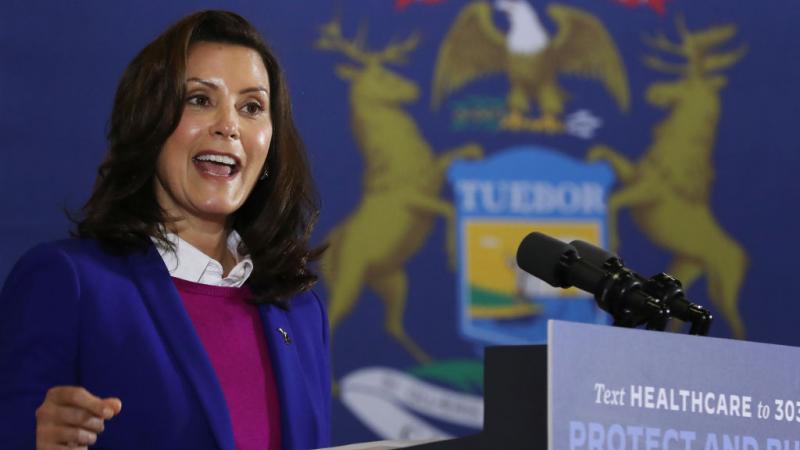 Adefense attorney for one of the five men accused of plotting to kidnap Gov. Gretchen Whitmer asked in a new filing that the court require the government to obtain orders of use immunity of the FBI agents and confidential human sources.

Scott Graham, the attorney for alleged extremist Kaleb Franks, wrote that the “illegal and unethical” use of confidential informants complicates the case.

The request follows three lead sting FBI agents who won’t be testifying in the March 8 trial in Grand Rapids.

Former lead FBI agent Richard Trask was arrested on a domestic violence charge after allegedly smashing his wife’s head into a desk after leaving a swinger sex party and was later fired.

A second FBI agent, Henrik Impola, also won’t be testifying after being accused of perjury in a separate case. Jayson Chambers, a third agent, allegedly used the Whitmer plot to promote his side security consulting firm called Exeintel.

At least 12 FBI confidential informants infiltrated the Whitmer plot and recorded more than 1,000 hours of conversation, and one informant even led military training.

The FBI knew at least one informant, former confidential human source (CHS) Stephen Robeson, was using money raised under the pretext of combatting child sex trafficking to fund weapons. Although aware of Robeson’s fraudulent activities in late 2020, the FBI didn’t charge him until a year later in Dec. 2021.

Court records say Robeson organized and paid for the “anti-government” meeting in Dublin, Ohio, on June 6, 2020, and on July 18, 2020, in Peebles, Ohio, where he bought “pizza, moonshine, and paid for attendees’ hotel rooms.”

Now, the FBI and prosecutors claim that Robeson was a “double agent” who disobeyed FBI rules, illegally purchased a firearm, undermined the investigation, offered to use a drone to commit domestic terrorism, and warned one of the alleged plotters before an arrest.

It’s unclear why the FBI apparently allowed Robeson to use charity money to fund weapon purchases for the alleged attackers, only to later arrest Robeson for the same charge.

The New York Times has reported a Proud Boys member was texting an FBI handler during the riot. It’s unclear how many others there were.

Graham wrote that the above interaction indicates government guilt of how they used confidential informants.

“Current national inquiries into FBI policy (on just the sort of overreaching use of confidential informants and undercover agents at issue in this case), and the agency’s refusal to address the issue, indicate a sort of government ‘consciousness of guilt’ with regard to egregious government investigative conduct, overreaching, and entrapment,” Graham wrote.

Graham questioned the credibility of a case in which three lead FBI agents and a now-convicted FBI informant can’t testify.

“The investigation in this case was based primarily on the efforts of FBI agents and confidential human sources,” Graham wrote. “These people were intertwined in the alleged criminal activity. Normally, these people would testify at trial and would answer relevant questions posed by both sides to the case. The entrapment defense directed at both groups would be argued by the parties and decided by the jury. This case, however, is different from most. It is now apparent that a number of both the agents and sources have reason to refuse to testify by invoking their Fifth Amendment rights against self-incrimination.”

Defense attorneys have asked a judge to dismiss the charges, saying the foundation of the government’s entire case rests on discredited FBI agents and indicted confidential informants, the latter of whom were wary of executing the plan, shown through 258 out-of-court statements that the FBI calls “hearsay.”

For example, On Sept. 5, 2020 — one month and three days before the sting arrest — Chambers allegedly texted an informant: “Mission is to kill the governor specifically.”

On Aug. 9, 2020, alleged plotter Ty Garbin said: “Kidnapping is just as bad as going into the Capitol.”