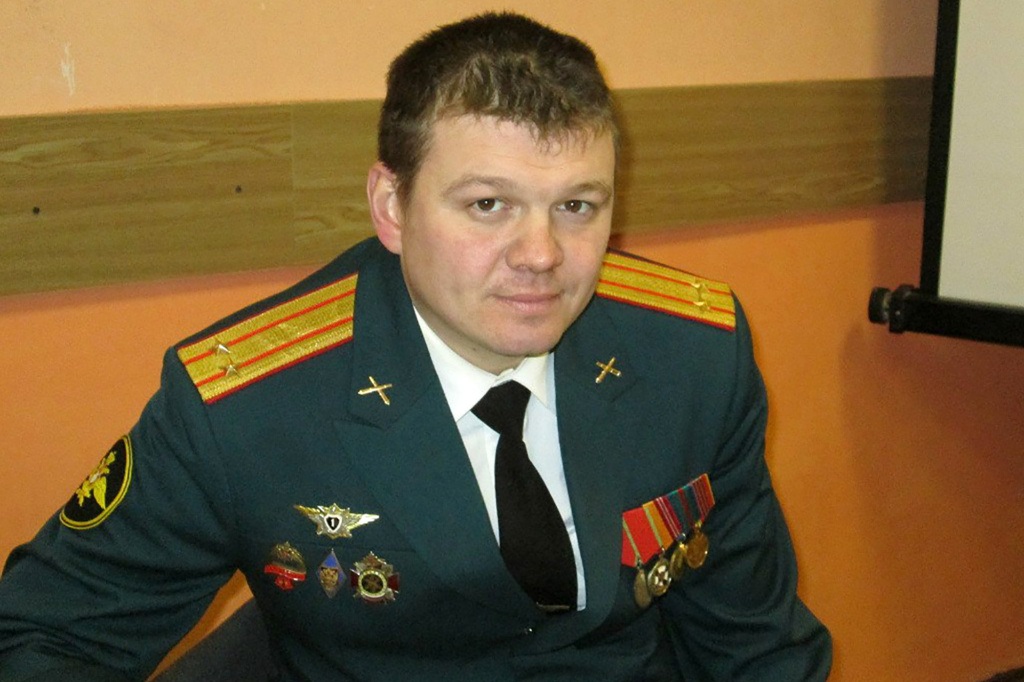 
A pair of high-ranking Russian military officials were reportedly caught in a leaked audio conversation calling President Vladimir Putin a “motherf—er” and lamenting the deaths of tens of thousands of Kremlin troops.

“A f—ing rocket should fly into [Ukraine’s Parliament] in Kyiv. That’s it, f–k it. Why didn’t [a rocket] f—ing fly? I don’t f—ing get it, you’re f—ed, Putin — motherf—er!” Kovtun said in Russian, according to reports.

“Why didn’t a rocket fly into Kyiv … something hasn’t been done the right way.”

The Post has not been able to independently verify the report’s veracity or the call’s authenticity.

“There are horrible losses of our guys, fuck. And you know, I am familiar with military history a bit, and I compare this to the fucking Soviet-Finnish war of 1939-1940. It’s fucking one and the same,” Vlasov said.

Estimates say the Soviets lost more than 125,000 in that war with Finland, the Daily Beast reported.

The duo also criticized the Kremlin for putting together “a whole stellar cast of bootlickers” to lead the war effort, and appeared to criticize Moscow’s line that the war is an effort to liberate Ukraine from Neo-Nazis.

“That [General Alexander} Dvornikov is a legend of f–kery… He’s the one who thought up this ‘anti-Banderov push,’” he said, referring to the Russian general known as the “Butcher of Syria” who was tapped last month to lead the invasion.

The report also claims they criticized the low pay for the troops, who are receiving 30,000 rubles each month, or about $480.

“[There are] no contracted forces. Of course not! Why would there f–king be? They paid them 30,000 rubles [$490], where are they going to get contractees?” Kovtun reportedly said.

The leaked audio comes after reports have revealed low morale among Russian troops amid the flailing campaign, now in its fourth month.

Ukraine’s Security Service on Tuesday released audio of what it claimed was a Russian soldier recalling his unit’s recent revolt against a general.

In the alleged call, the soldier said the general had threatened to open fire at those who refused to follow orders to head to the frontline.

But another one of his comrades took out a grenade and replied, “Come on, shoot me! We’ll blow up together.”

Another report claimed demoralized troops have taken their own lives on the front line to avoid the conflict.

Captured Russian soldier, Andrey Ushakov, 20, said he knew two soldiers who had died by suicide because they could no longer handle fighting.

“Everyone was panicking and wanted to leave, but there was no way,” he reportedly told Ukrainian journalist Volodymyr Zolkin, adding, “Some people couldn’t bear it, and shot themselves dead.”