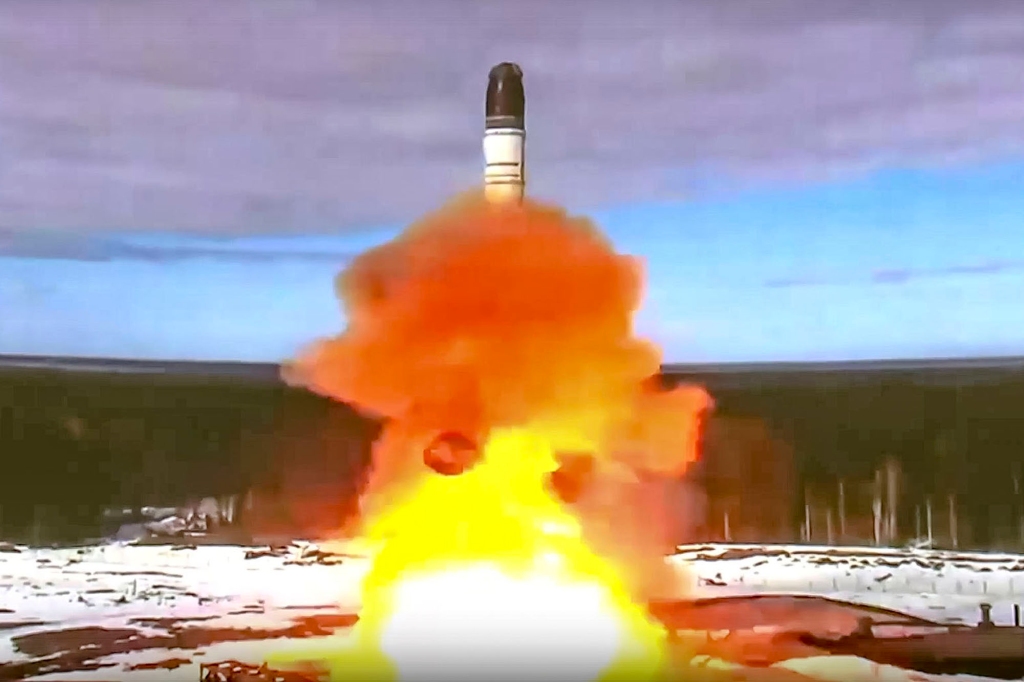 Alexei Zhuravlev, a member of Russia’s parliament, proclaimed on the state TV channel Russia-1 Monday that the country has the capability to launch a devastating nuclear attack on the US over its support of Ukraine in the war.

“I will tell you absolutely competently that to destroy the entire the East Coast of the United States, two Sarmat missiles are needed,” the pro-Kremlin pundit said, referring to Russia’s new intercontinental ballistic missiles, which are known as “Satan-2” in NATO countries.

“And the same goes for the West Coast,” Zhuravlev continued. “Four missiles, and there will be nothing left.”

The ultra-hawkish lawmaker was weighing in on a news segment aired by CBS News back in April, which talked about what a nuclear strike on New York City would look like.

In the program, reporter Tony Dokoupil said that a strike comparable to the one that devastated the Japanese city of Hiroshima in 1945 would wipe out much of Manhattan and produce a mushroom cloud that would rise above the Empire State Building.

Zhuravlev scoffed at Dokoupil’s assessment, saying that “the mushroom [cloud] would be visible from Mexico.”

He added that in case of a nuclear war, no one should have a false sense of security.

“No one will be fine, but you have to calculate correctly,” he said.

The staunch Putin supporter then turned his attention toward Ukraine, repeating the false Kremlin line that about 5 percent of the neighboring country’s inhabitants, or some 2 million people, are “incurable” Nazis.

“These 2 million people either should have left Ukraine, or they should be denazified, in other words, destroyed. No more than that,” the Member of Parliament proclaimed on live TV.

Zhuravelv, who, like many in the Russian establishment, views Ukraine as a breakaway part of Russia, went on to argue that the ongoing war – officially dubbed “special military operation” by the Kremlin – is a “civil war.”

“It hurts my heart because Russians are fighting Russians,” he said.

Zhuravlev wrapped up his tirade by claiming that Western countries plan to divide Russia into “10-15 countries so it never poses any more problems for them,” he said. “They will not succeed.”

This is not the first time that Zhuravlev has threatened Western countries helping Ukraine in their struggle against Russia with destruction.

A month ago, the lawmaker went on state TV and boasted that “one Sarmat and the British Isles are gone.”

Other members of President Vladimir Putin’s inner circle have made similar threats, with Dmitry Rogozin, head of Russia’s state space agency, Roscosmos, tweeting a week ago that 50 new Sarmat-2 intercontinental ballistic missiles will soon be combat-ready.

“I suggest that aggressors speak to us more politely,” Rogozin said.

After a successful test launch of Sarmat, or Satan-2, last month, Putin said in a televised address that the missile had no competition and would make Russia’s enemies “think twice” before issuing threats.

The Kremlin strongman also warned that the Satan-2 missile “is capable of overcoming all modern means of anti-missile defense.”