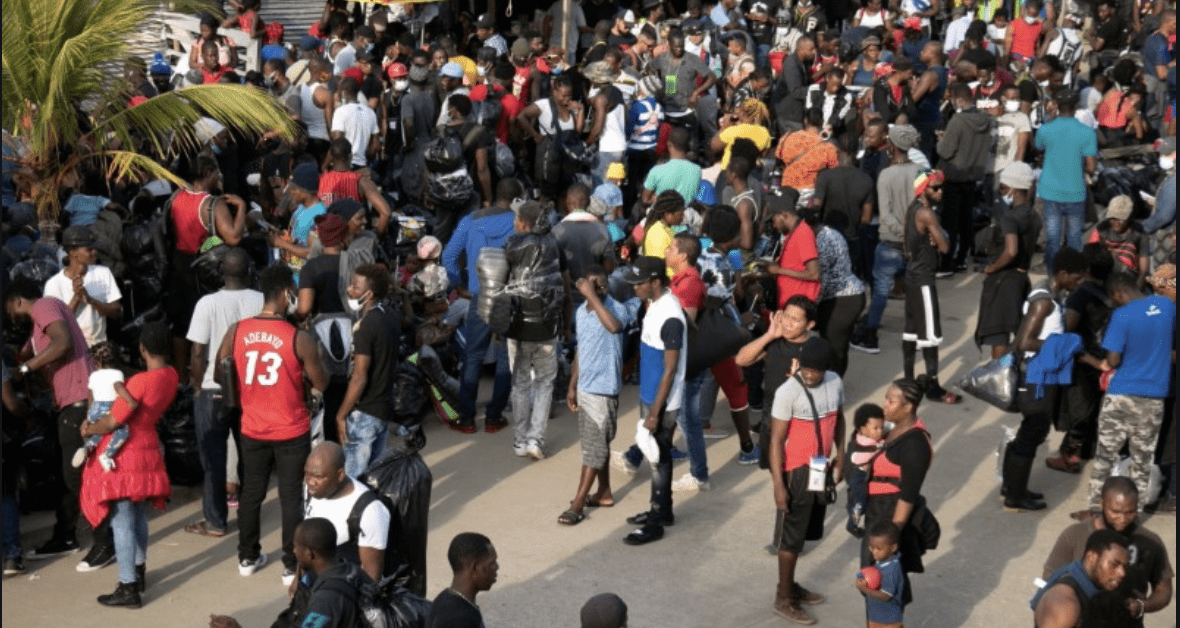 With nearly 85 thousand illegals heading to our southern border, America is in even more danger now that the DHS has issued a new guideline welcoming any illegal unless they are considered a threat.

USA Today reports that the Department of Homeland Security issued new guidelines Thursday to immigration officers that say that being an undocumented person should “not alone be the basis” of being deported.

DHS Director Mayorkas is determined to flood America with an invasion of illegals who have broken federal law by crossing our border.  He released the new guideline that will only encourage more illegals to come to our border:

“The fact an individual is a removable noncitizen, therefore, should not alone be the basis of an enforcement action against them. We will use our discretion and focus our enforcement resources in a more targeted way. Justice and our country’s well-being require it.
By exercising our discretionary authority in a targeted way, we can focus our efforts on those who pose a threat to national security, public safety, and border security and thus threaten America’s well-being.”

It looks like Mayorkas has caved to the open border advocates as USA Today points out that this has to do with what happened when Haitians were being stopped at the border by border patrol on horseback:

Stacy Suh, program director of Detention Watch Network: “We urge the fight in administration to change course to bring justice and fairness to the immigration system.”

REPORTS OF 60K ILLEGALS HEADING TO OUR BORDER WILL ONLY INCREASE NOW:

After over 15K illegals were quickly processed and most released into the U.S., thousands more illegals are now encouraged and making the trek to America’s southern border. Joe Biden’s policy of open borders for anyone in the world who wants to enter the U.S. is dangerous and irresponsible. DHS Director Mayorkas called illegal crossings a “proud tradition” during an interview with Chris Wallace of Fox News.

According to figures from the National Migration Service, over 80K illegals have entered Panama this year. Panama went from receiving an average of 800 migrants in January to 30,000 in August.

Panamanian government sources say that up to 4,000 people are now making their way north to the U.S.

Also, over 16,000 illegals are stuck in the northern Colombian beach town of Necocli (see video below), waiting their turn to make the journey north to America.

Saying that you want to “look for a better opportunity” is not a legit reason to be let into the U.S. Can you imagine going to a foreign country and illegally entering as these people have here in America? Absolutely not!

Panama’s President Laurentino Cortizo told the United Nations that more than 80,000 illegals have traveled through Panama this year and want international assistance to care for the illegals. Why not refuse entry to them?

The Center for Immigration studies investigated the terror threat in the pathway from Panama and Columbia to the U.S.: