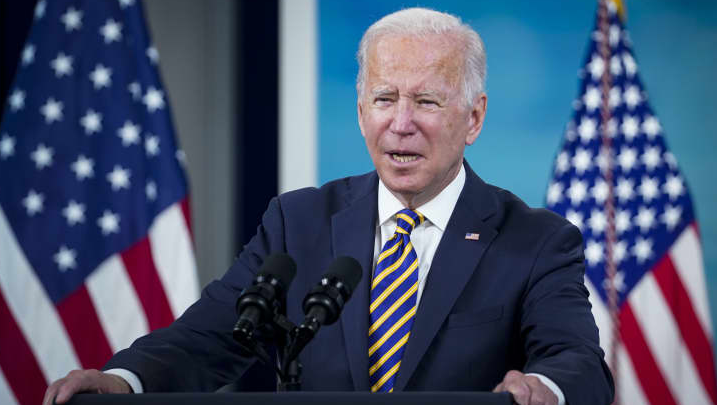 The Justice Department told the U.S. Court of Appeals for the Sixth Circuit that “the threat to workers is ongoing and overwhelming” as offices reopen and the delta variant spreads.

“Simply put, delaying the Standard would likely cost many lives per day, in addition to large numbers of hospitalizations, other serious health effects, and tremendous expenses. That is a confluence of harms of the highest order,” the Justice Department argued in its motion.

The Biden administration asked the court to at least permit the masking and testing requirements for unvascinated workers to remain in effect as a stop-gap measure as the litigation plays out.

“Although vascination is the most effective means of mitigating the grave danger of C OVI D -19 in the workplace, masking and testing for unvascinated employees is a reasonably effective alternative.”

More than two dozen lawsuits have been filed against the Biden policy. Republican attorneys general, private companies, and industry groups such as the National Retail Federation, the American Trucking Associations and the National Federation of Independent Business want the requirements overturned. Labor unions have sued asking courts to expand the requirements to cover smaller businesses and protect more workers.

The Biden administration is now requesting that the Sixth Circuit Court of Appeals, based in Ohio, end the pause ordered by the Fifth Circuit in Louisiana.

Those lawsuits were transferred to the Sixth Circuit last week after the Biden administration asked a multidistrict litigation panel to consolidate the cases in a single court through random selection.

The Justice Department, in its motion Tuesday, dismissed the Fifth Circuit’s constitutional concerns as “meritless,” arguing that requiring business to protect employees from workplace dangers does not exceed the federal government’s authority under the Commerce Clause of the Constitution.

The Biden administration also told the Sixth Circuit that OSHA, which developed the rules under emergency powers, acted well within its authority under the statute established by Congress.

The Biden policy requires businesses with 100 or more employees to ensure their staff were vascinated or undergo weekly Co vi d testing by Jan. 4. Unvascinated employees were required to start wearing facemasks indoors at the workplace starting Dec. 5.

Several groups have asked the Sixth Circuit’s full bench of 16 active judges to hear the case rather than a three-judge panel. A hearing before the full court could prove more favorable to those who want to overturn the requirements due to its Republican-appointed majority. Regardless of what the Sixth Circuit decides, legal experts believe the case will ultimately end up in the Supreme Court.