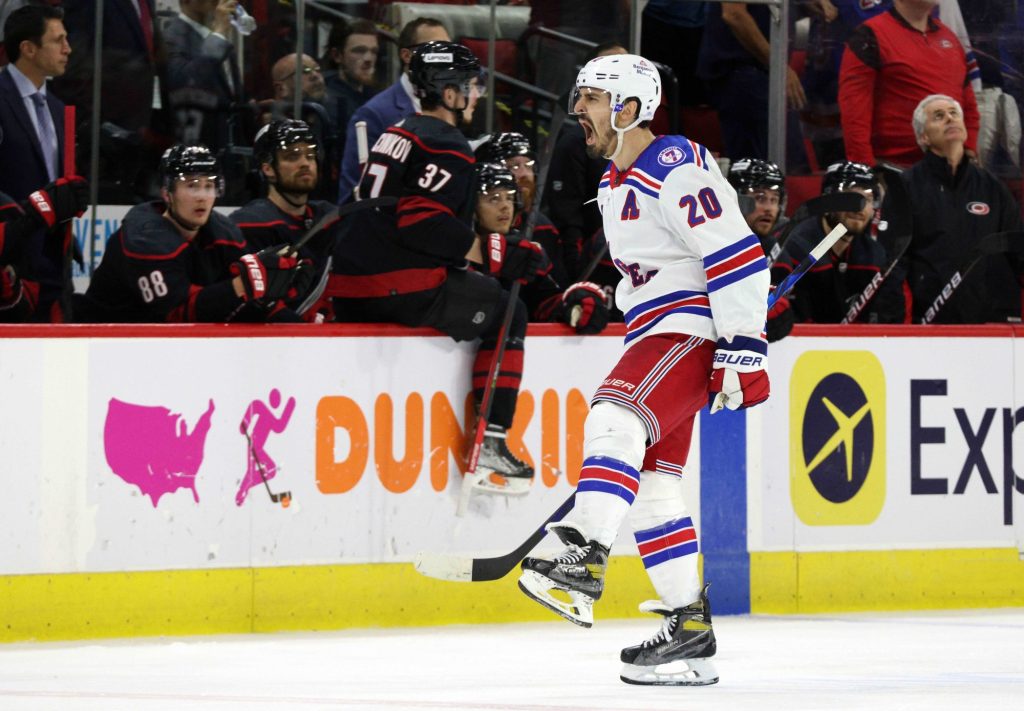 
Of course the competition is going to get tougher as the playoffs progress, but the Rangers are staring down the throat of the beast of the NHL in the Eastern Conference final, which will begin at the Garden on Wednesday.

The Lightning are a ferocious team that is gunning for its third consecutive Stanley Cup, which if accomplished would make them the first club to do so since the Islanders’ dynasty in the 1980s. With scoring threats on every line, a two-way defense corps and an instinctive competitor in goal, Andrei Vasilevskiy, the Lightning are at the top of the NHL food chain.

Toronto, which was arguably one of the best squads in the East coming into the playoffs, pushed Tampa Bay to seven games before losing its seventh-straight playoff series since 2004. Part of the curse that has hovered over the Maple Leafs for years has been drawing the Lightning in Round 1.

In the second round, the Lightning made the Panthers look like house cats in a four-game sweep, during which Florida scored a single goal in each of the first three games before Vasilevskiy shut them out in the series-clincher.

If the Rangers were considered even with the Penguins and underdogs against the Hurricanes, many probably think they’re in way over their heads in the upcoming bout with the Lightning.

“Time will tell,” Ryan Strome said of going up against Tampa Bay, which is a seasoned group in comparison to the Rangers, who are experiencing this together for the first time. “I think the last month we’ve really understood what it takes to win and how hard that commitment is to winning.

“They’re a good team, they’ve done it for a reason. They’ve proven time and time again. But our job is to try to knock them off.”

These Rangers, however, have the type of intangibles that can allow them to overcome just about anything. Every championship club in any sport has a special dynamic — and the Rangers have just that. Oh, and they have Igor Shesterkin, who is probably the only goalie who can go save-for-save with Vasilevskiy.

After clinching the second-round series in Raleigh, N.C., on Monday night, Adam Fox talked about the Rangers’ team-bonding trip at the beginning of the season and how incredibly close the group has become. There’s an extraordinary way about how the young players look up to the veterans, and there’s an endearing way about the veterans’ appreciation of the young players.

They compete for one another, believe in one another and that camaraderie comes through in their play. Those factors can’t be coached, but can make a team a champion.

“I think it’s everything,” Chris Kreider said of the Rangers’ belief in themselves. “Guys love playing with this group. It’s a really tight-knit group. You see everyone trying to do the little things to help us win hockey games because you want to keep playing.”

At this point, given how the Lightning have dominated in recent playoffs, maybe that’s exactly what it’ll take to beat Tampa Bay.

The last time the Rangers faced the Lightning in the playoffs was the last time they made it to the conference final, back in 2015 when they lost to Tampa Bay in seven games. Kreider pointed out that the Rangers had all the experience in that series, having played in six Game 7s since 2012, but they still lost in that winner-take-all final contest.

The Rangers will have to be better than their best selves to defeat the Lightning. But if the NHL has learned anything about this group over the course of this season, it’s that the Rangers can make it happen.

“I think experience matters and having guys who have been there and know what it takes to win matters,” Kreider said. “At the same time, we had those guys on our team [in 2015]. At the end of the day, it’s a hockey game. It’s a 60-minute battle between 20 guys on one side and 20 guys on the other side.”