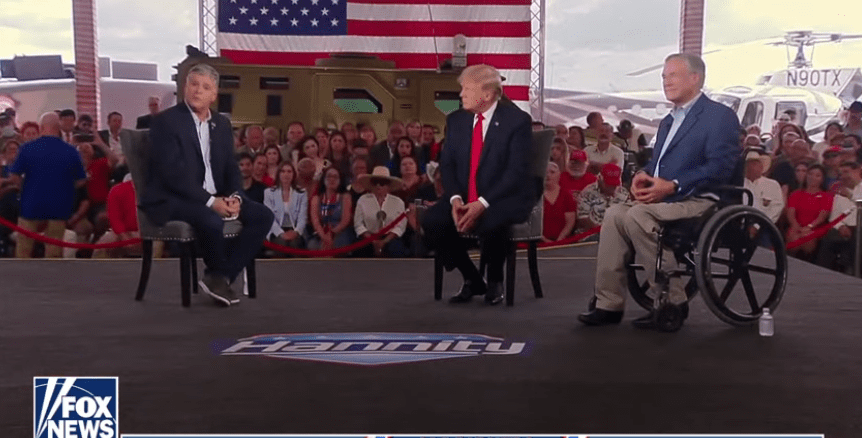 Donald Trump and Governor Greg Abbott participated in a Fox News Townhall with Sean Hannity where they took questions from the crowd. One lady, a naturalized citizen from Nicaragua, asked President Trump what the long-term damage of Biden’s open borders agenda would do to the country and what it will cost law-abiding US taxpayers. Mr. Trump told her the damage is incalculable, saying, there’s no way to judge that kind of damage.” And “it has to be stopped now, this can’t go till 2022.”