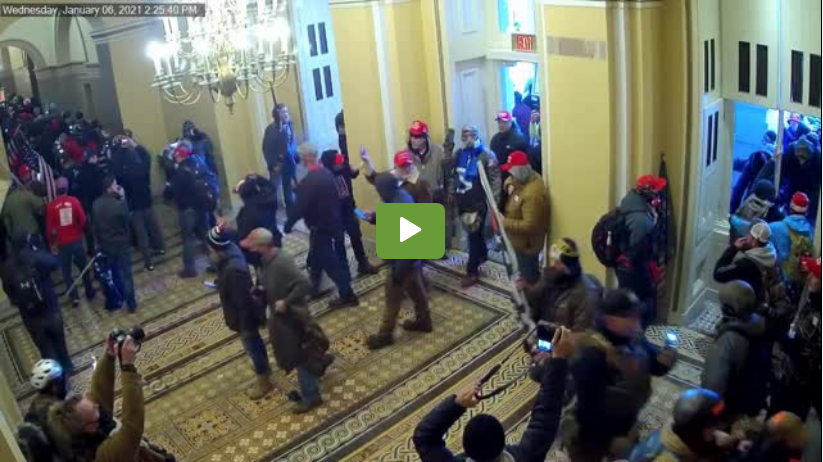 This is what the Left has been comparing to 9/11.

So scary!!!!!!! What a joke. The only violence was the capital police shooting an innocent unarmed person;

There was a cop up against the wall videoing as people walked in. If it was an insurrection, why was he videoing and not trying to stop them? This was a complete setup!;

We the people demand the release of the political prisoners held in jail in Washington D.C.: Followers’ comments