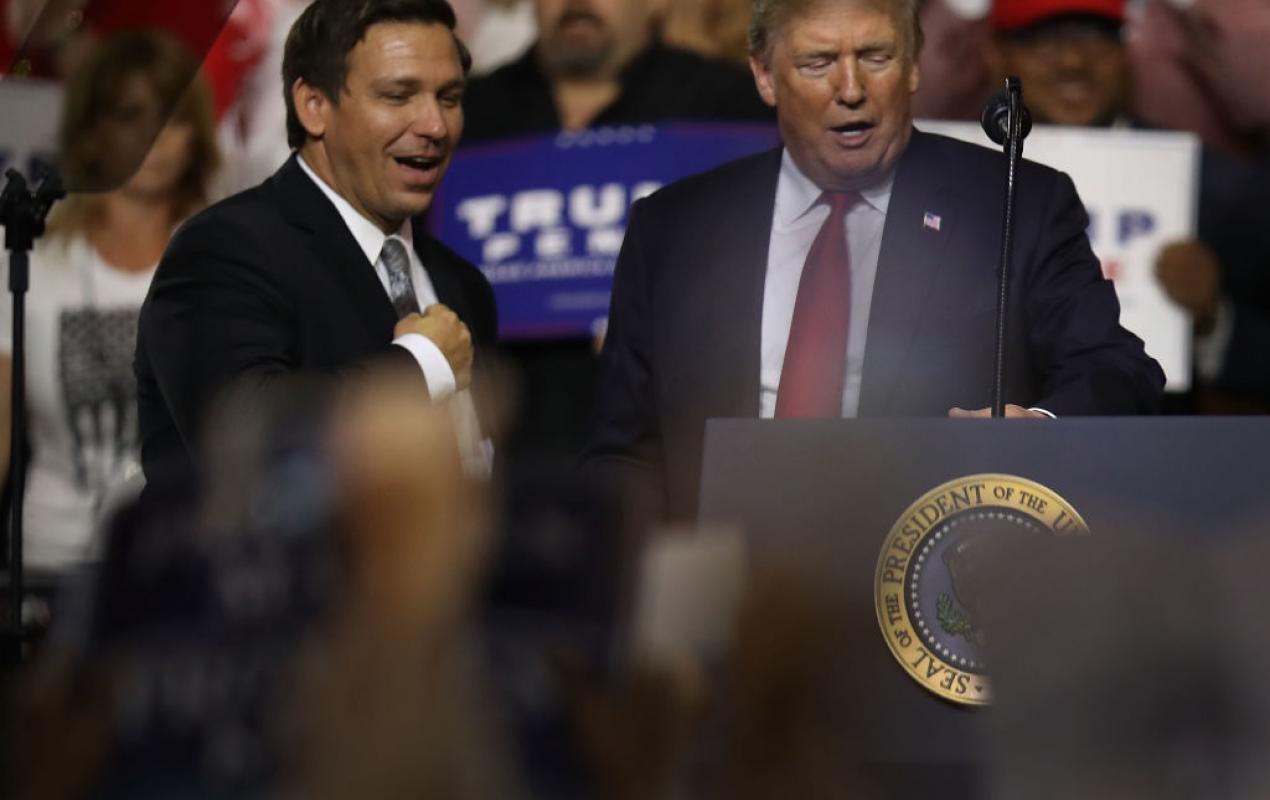 The polling, conducted by the Trafalgar Group, in partnership with Convention of States Action, shows that among “likely Republican primary voters,” 61% signaled an intent to vote for Trump.

Forty-nine percent declared they would “absolutely vote for Trump, and 7.8% said they would “consider” voting for him.

If Trump chooses not to run in 2024, likely Republican primary voters overall would opt for DeSantis.

The rising GOP star and former congressman would capture 34.9% of the GOP vote, with his next-closest GOP competitor Sen Ted Cruz.  Roughly 15% of those polled picked the Texas congressman and 2016 presidential candidate.

He says Trump and DeSantis “represent a return to constitutional principles, common sense leadership, and the courage to stand against Washington, D.C.” 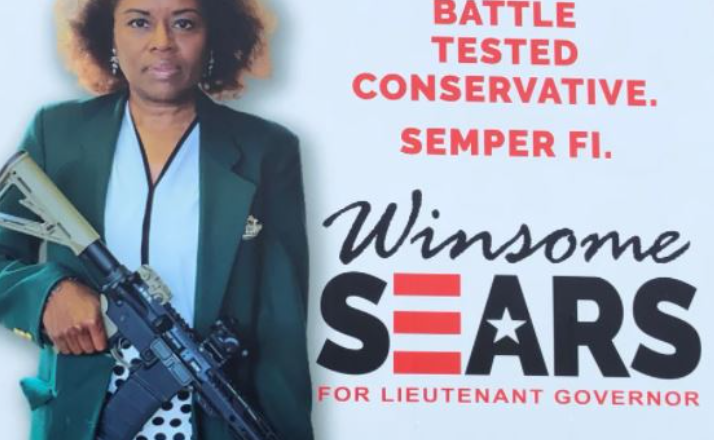 Video: Matthew McConaughey is polling ahead Greg Abbott for Governor 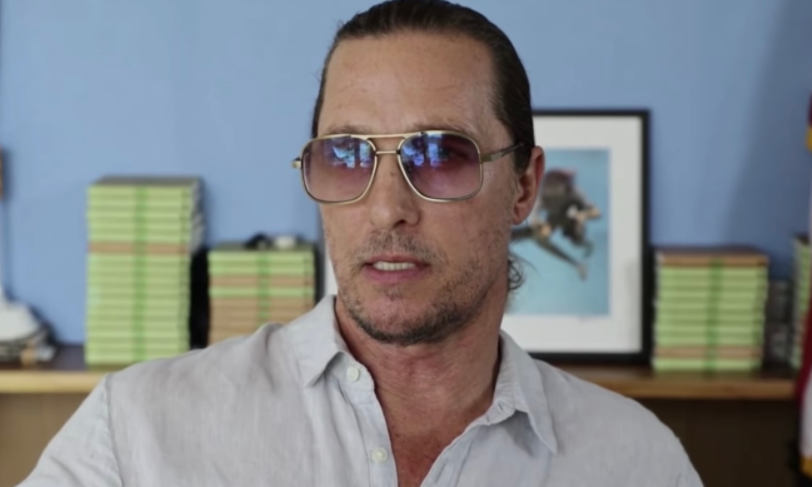 Actor: Matthew McConaughey is polling 8 points ahead of both Beto and Greg Abbott for Governor 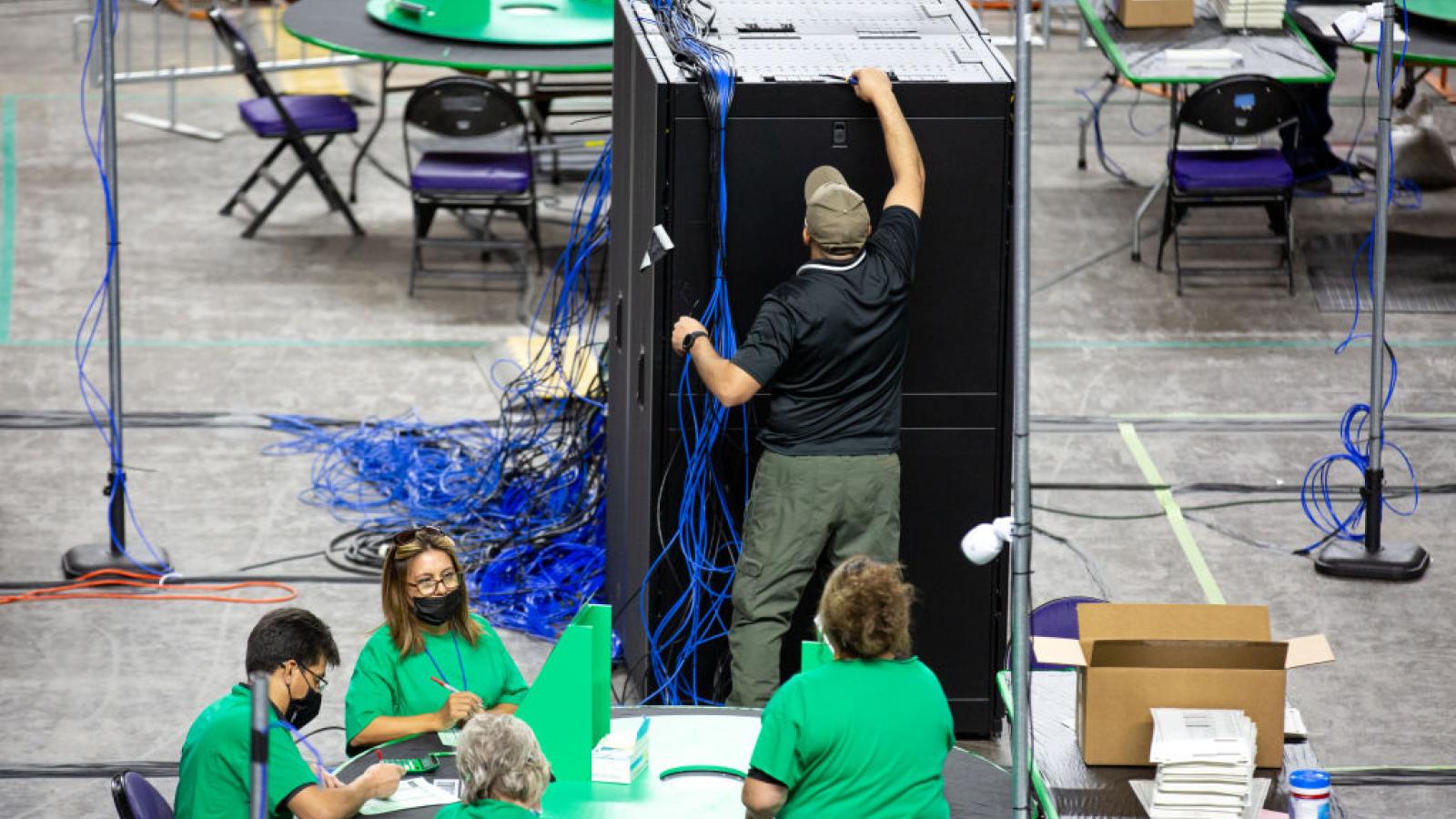 Arizona state Sen. Wendy Rogers, a Republican, published a letter to the American people following the release of the Maricopa County audit results on Sept. 24 calling for forensic audits of all 50 states’ 2020 election results.

Originally signed by 41 state legislators from 15 states, the letter has now, less than a month later, been signed by 150 lawmakers from 38 states.

Claiming that “our representative republic suffered a corrupted 2020 election,” the letter states:

“In addition to Arizona, sworn affidavits have accumulated from many states detailing rampant corruption and mismanagement in the election process. Fraud and inaccuracies have already been shown through multiple audits and canvasses in multiple states, as well as through lawsuits challenging the validity of election results in several counties in multiple states.

“We have come to the conclusion that all 50 states need to be forensically audited. Voter rolls should be scrubbed with a canvass of the voters to ensure future integrity of our elections. …

“We call on each state to decertify its electors where it has been shown the elections were certified prematurely and inaccurately.”

The letter was published after the highly anticipated Maricopa County audit report found, according to Rogers, there were “too many discrepancies to declare an outright winner of Arizona’s electoral votes.”

“Thank you all for helping our movement get more people on board with this letter!” Sen. Rogers said in a statement. “Please read the letter, see who is on, and who is not on. Those who are not on, please ask them to sign. If they don’t sign, start working on primarying them.”

Former President Donald Trump mentioned the letter during a “Save America” rally in Perry, Ga. last month, and momentum has grown since then, with the number of legislators who have signed it more than doubling since earlier this month.

However, legislators from the states of Alaska, California, Connecticut, Delaware, Hawaii, Illinois, Kentucky, Massachusetts, New Jersey, New Mexico, Vermont and Virginia have not signed it. And in the two largest red states, only one state lawmaker from each has signed on: Rep. Steve Toth (R-Texas), and Rep. Anthony Sabatini (R-Florida).

Although the number of those who have signed is growing, it is still miniscule compared to the total number of state legislators in the U.S.

As of Sept. 30, 2021, there were 7,383 state legislative seats — the majority of which are Republican, Ballotpedia reports.

The call for ongoing election audits has been described by Democrats and the mainstream media as a circus, a lost cause, a failed attempt, misinformation, and even a “fake election audit.”

However, Kari Lake, the frontrunner in the 2022 Republican primary to succeed outgoing Arizona Republican Gov. Doug Doucey, has called for incumbent Arizona Secretary of State Katie Hobbs, a Democrat who is also running for governor, to be “locked up” over the state’s alleged election fraud.

Lake says she wouldn’t have certified Arizona’s election as Ducey did, and still supports decertifying the state’s election.

Hobbs, meanwhile, has claimed that “Trump is on the side of the freaking Nazis.”

“The 2020 election was the most secure election in our state’s history,” Hobbs maintains.  “Unfortunately, we have elected leaders who continue to promote falsehoods. We need to change the leadership in our state.”