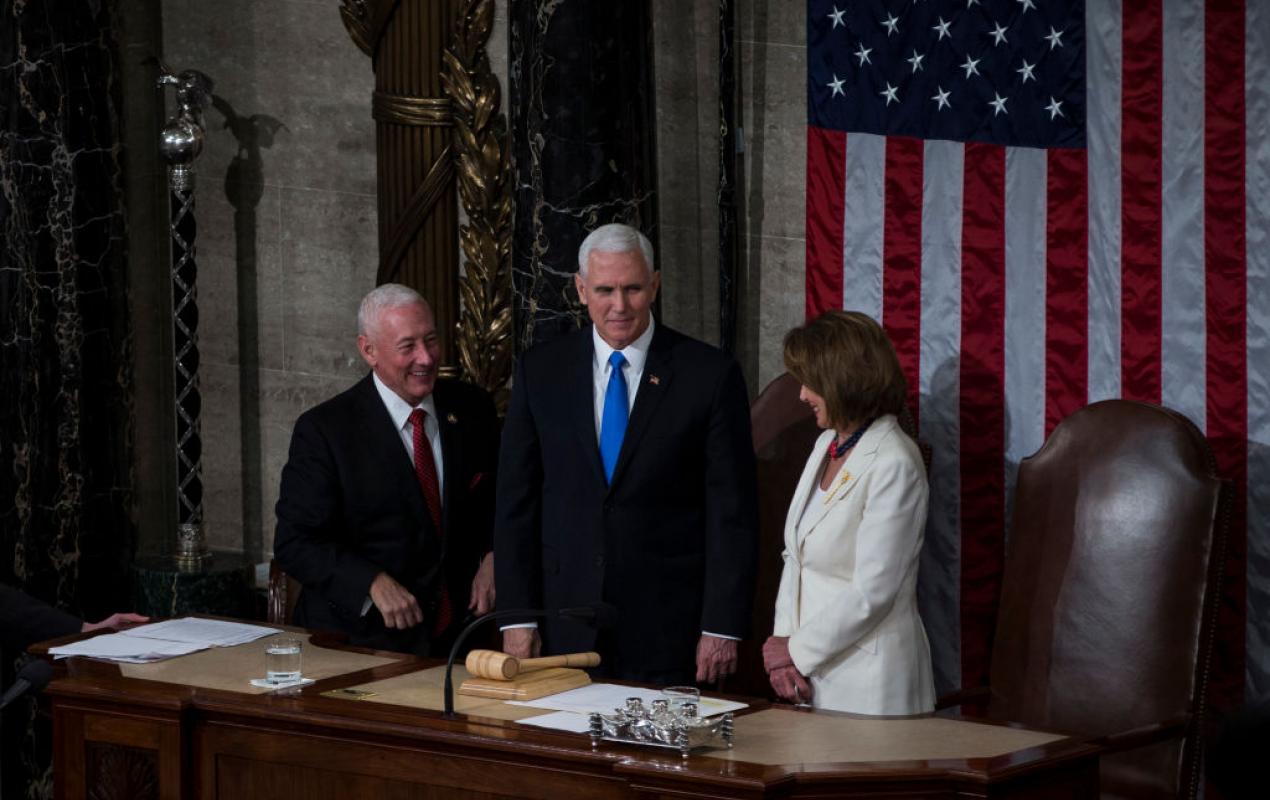 GOP Rep. Greg Pence, the brother of former Vice President Mike Pence, says House Speaker Nancy Pelosi did not want to return to the Capitol building for “two or three days” after the Jan. 6 breach to certify the 2020 presidential election results.

Pence, who was with the Trump vice president, during the breach called his brother “a hero” for certifying the election hours after the breach and said he tried to tried to reconvene the Senate for the certification process as soon as U.S. Capitol Police secured the building.

“Nancy Pelosi said, ‘We can’t come back for two or three days,’ and [the vice president] said, ‘As soon as the Capitol Police, the heroes, clear the building, I’m gaveling back in,’ ” said the Indiana congressman, according to The Hill.

Pelosi disputes Pence’s recollection, saying he “completely does not know what he’s talking about.”

The California Democrat says  she was “a force for coming back from the start” and told the congressman to ask his brother for the truth of the events.

Advertisement
In this article:Featured, Mike Pence