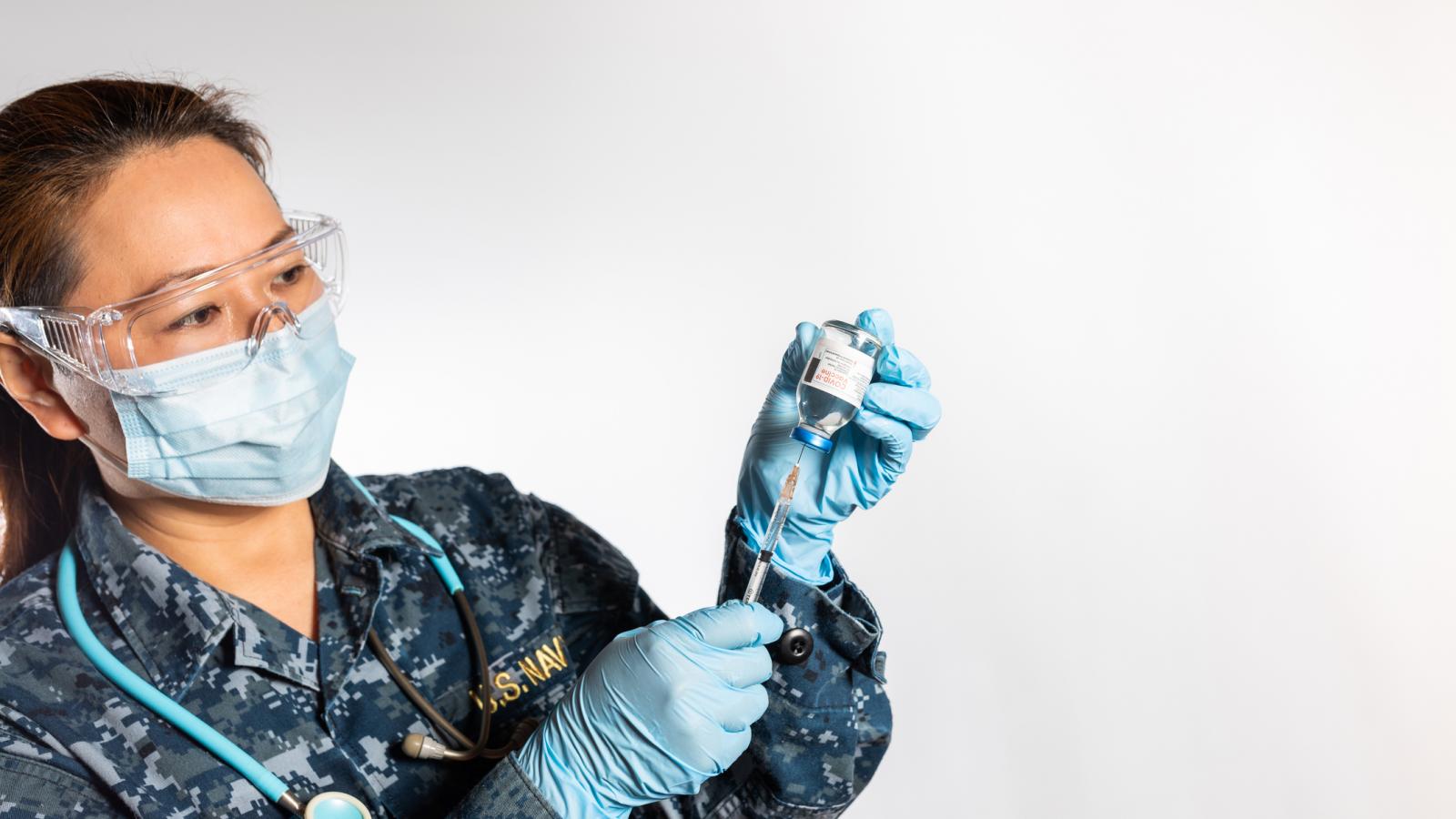 Under new administrative guidance issued last week, the U.S.Navy will discharge from service all active-duty personnel who don’t get the COVID jabs by the Nov. 28 deadline “absent a pending or approved exemption” — and might demand that refuseniks personally reimburse the service for a range of costs associated with their compensation and training.

The Reserve deadline is Dec. 28.

The Navy’s new guidance officially prescribes penalties and provides enforcement authorities for noncompliance within the service.

“In order to maximize readiness, it is the policy goal of the U.S. Navy to achieve a fully vaccinated force against the persistent and lethal threat of COVID-19,” the guidance reaffirms. “As directed by the Secretary of the Navy’s lawful order, the Navy has commenced a mandatory vaccination campaign.”

Sailors who refuse to take the shot may be reassigned while their objections are considered, but they won’t be promoted or given any other orders — even if they have a pending exemption, according to the guidance .

Additionally, the Navy “may seek recoupment of applicable bonuses, special and incentive pays, and the cost of training and education for service members refusing the vaccine,” warns the guidance, issued to the entire fleet from Chief of Naval Personnel Vice Adm. John Nowell and Vice Chief of Naval Operations Adm. William Lescher.

Senior officers are ordered to receive the jabs immediately, and are given five days to comply once they are notified by a superior. If they don’t comply, they face “detachment for cause” proceedings, meaning dishonorable discharge, and even court martial. If those refusing the shots are separated, they won’t be eligible for involuntary separation pay, according to the policy.

“An unvaccinated senior leader without a pending or approved exemption calls into question the Navy’s trust and confidence regarding their ability to ensure unit readiness or to maintain good order and discipline,” the guidance states.

For those filing religious exemptions, Berry argues, the Navy has to show that of the available methods of preventing the spread of the coronavirus, compulsory vaccination is the least restrictive of religious freedoms. The Navy’s vaccine mandate fails to meet that test for those who have demonstrated natural immunity, he claims.

Berry, who tested positive for having coronavirus antibodies after having gotten the virus, says his natural immunity accomplishes the government’s objective of stopping the spread of the coronavirus. Therefore, he and others with natural immunity should not be required to get the COVID shots.

The Navy did not respond to requests for comment this week from media outlets about whether religious or medical exemptions are recognized under its mandate, but Liberty Counsel argues such exemptions are being rejected, especially if they are religious ones.

Liberty Counsel filed a class action lawsuit against the Biden administration, including Defense Secretary Austin, arguing the mandate is illegal.

“The Biden administration has no authority to require the COVID shots for the military or for federal employees or civilian contractors,” Liberty Counsel Founder and Chairman Mat Staver argues. “Nor can the Biden administration pretend that the federal Religious Freedom Restoration Act and the First Amendment do not apply to its unlawful mandates. The Commander-in-Chief must end this shameful treatment and abuse of our brave military heroes. Forcing the COVID shots without consent or consideration for their sincere religious beliefs is illegal.”

The guidance applies to 7,000 sailors who have not yet received the shots, Military.com reported.

Advertisement
Related Topics:FeaturedPoliticsvaccine mandate
Up Next

OUCH: This is Why Kamala’s Husband Doesn’t Speak Much [Video]